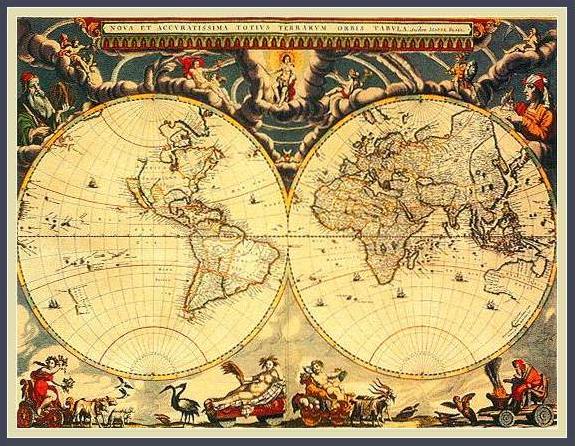 A bayt is a physical reality which operates at a metaphorical level as well.
It is a house, a dwelling and a habitation, but also a verse enclosing a line of poetically interfacing words.
We said, based on what Allah taught us, that of all houses the spider’s was the frailest.
Yet in the realm of apparent visibility, it is the spider’s web of the humanists (headed by the Rūm, in turn headed by the Yahūd) which towers over the other edifices as the most massively grandiloquent structure.
Its filaments are proliferating and growing increasingly thicker by the day, since the underlining motion of its spread is quantic (while the elaborations of Muslim thinkers are encumbered by antiquated notions of solid matter).

In recent times, we have also stressed two important arch-truths:

•    The playground of ideas, thoughts, knowledge and understanding, and the media of their formation, communication, promotion and dissemination is the main terrain where the battle between competing worldviews, in particular Islam and kufr, resolves itself one way or the other. Instruments of empowerment and enforcement (financial leverage, military might etc) are vassals deployed by the dominant worldview. It shapes up the configuration of outward civilizational success or failure.

Islam is a reality founded on five potent pillars. It has been perfected already. It is unconcerned about reform. Reformists are deviants who purport to right what is already right and cure what is already healthy. They are plagued by sickness without being aware of that, which is double sickness: «When they are told, ‘Do not cause corruption on the earth,’ they say, ‘We are only putting things right.’ No indeed! They are the corrupters but they are not aware of it» (Sūrah al-Baqarah: 11-12). Islam only needs renewal, tajdīd, by refreshing the waters of its incessantly flowing river. Any mujaddid simply revived the blessed lifeblood feeding its organism.

•    Shaykh Zarrūq, one of those who renewed its form without building it anew (otherwise it would be other than Allah’s Dīn, we seek refuge in our All-Wise Lord from that!), did not engross himself with setting up outer buildings. His construction was “abstract”. He searched for a fertile soil and sowed in it seeds of the immutable good word, thereby planting a fructiferous tree of ideas, regaled with longevity as he dug deeply to embed compacted roots.

It is undoubted that the fragile house of the spider will be smashed into nothingness. It is a void and will be sucked back into it when truth manifests: «Say: ‘Truth has come and falsehood has vanished. Falsehood is always bound to vanish’» (Sūrah al-Isrā: 81). It is not that truth has gone into occultation. We are not Shī`ah. It is not that it has rested on some indeterminate Sunday. We are not Christians. It is not, we seek His forgiveness, that its hands are fettered. We are not Jews. Truth is, and both heavens and earth are utterly governed by it. When the void of falsehood is not filled in (and thus obscured) by it, the illusion of its reality impresses itself on creatures’ hearts.
We have to peel off that illusion.
As it has turned very dense, the process will not take a few years but a number of generations. The strongmen are those who, undeterred by that aspect and by the resultant delayed gratification, purchase their Bliss by consecrating their lifetimes to such a foundational cosmic mission.
Only egos can in any event see gratification as delayed: Gratifying delight is precisely what escorts the re-laying of those perfumed foundations, every moment of it.

We have clearly and unhesitatingly defined truthful and triumphal Islam: What has existed and manifested for almost all the past centuries.
We have clearly and unhesitatingly defined its opponent (with the panoply of crafty impostures it casts itself into): Whatever claims to be a departure from that well-known and well-documented Islam, and whatever claims to be an improvement on it.
By that, we have clearly and unhesitatingly provided the diagnosis and the prognosis.
Nothing is simpler than the solution: Learning and practicing Islam the integrated Dīn without bothering about any broken chain of transmission; or let us say, continuing with that chain as if nothing had happened, for in truth nothing has happened.
“All that is left” (euphemistically put) is people willing to act it out.
There are fewer and fewer of them around, and we should not pretend it to be otherwise.
It is imperative that we do not turn a blind eye to the following truth: The numerical expansion of Islam across the planet was a foregone conclusion. The Prophet, Sallallāhu ‘alayhi wa-Sallam, had informed us that the ummah would swell in numbers. The globalization of existence was likewise a foregone conclusion. Islam was bound to germinate in all areas of the world, including in the post-modernist societies of Rūm and Slavs and among their progeny.
No way could that phenomenon be stalled or neutralized. No way could it be hijacked.
All that the enemy needed was to occupy the key loci where the guidelines of that phenomenon were going to be traced and implemented.
In that sense, we have clearly seen how all the ideologies, groupings and teachers occupying that space, in both traditional and newly established habitats of Muslims, have been infiltrated, headed and run by conscious saboteurs.
See it from the enemy camp and with their eyes: How else could it have happened? Muslims were destined to mushroom all over. They had to be of different levels of sophistication and dedication. Each one would head for his watering place and would affiliate therein to his congenial tribe. How else, then, but hastening to position key personnel at the helm of any such tribe and any such watering place, each one catering for a human typology that would espouse Islam?
That way, every source of irrigation could be polluted at source.
The origin of life is water and the origin of its suppression is draining out that water.
Therefore, the saboteurs have quite obviously been people whose façade suggested a noble resolve to vivify the best ingredients of the Dīn: Only in that manner (Shaytān is too ingenious and educated to opt for gross strategies) could the dynamic Muslims be led by their hand to their own castration. They were led thereto under the delusive spell that those tutoring hands were those of luminous revivers of their way of life, a way of life which many of them discovered with relish as they exited the darkness of kufr.

A few practical instructions solicit our attention at this point:

•    The dichotomy “men of knowledge” and “men of action” is ludicrous. Action springs out of guarded knowledge, which is in turn fortified and perfected by its enactment. There is no Muslim who learns the details of how to pray without praying, however much knowledge might be the prevalent impulse in him, just as there is no Muslim who, however much he might be pulled to the complementary sphere of action, engages in prayer without knowing how to execute it.
•    No one ideological group can succeed. Not a single one. In fact, it is the tool of failure. Victorious opening is only possible by adhering to the mainstream, and factionalism, true to the stern Prophetic warning against it, is what sinks the leaderless and polity-less archipelago of disconnected Muslims in this age. We have tested this truth on the ground, lengthwise.
•    The interplay of human forces is planetary. It is so for the humanists, and it is so for the Muslims. It is not possible for any tribal or national entity to succeed. It is unthinkable that any such entity can even think along those lines. There has to be cross-pollination. The foundational work of revival, nicely exemplified by the Zarrūqī school of thought, cuts across ethnic identities, continents and hemispheres, and across narrow affiliations to jurisprudential and doctrinal schools or spiritual paths. Neither born Muslims alone nor Muslims of recent coinage alone can actualize successful revival. A self-governing group of Cairo residents or Nubian Muslims in Upper Egypt is not going to do it. Still less can it be done by an insular reality of Turkish or Gujurati or Malay or Indonesian or Somali Muslims in new Muslim territories of multi-ethnic composition, whether Britain or Canada, Australia or Alabama, Alaska or Belgium, South Africa or Switzerland.
•    Once we transcend the paralyzing and defeatist traps of ideological tribes and insular ethnicities, we are ready to regroup under the banner of that truthful and triumphal Islam on which one troop of this nation will always be irresistibly settled.
•    The metaphorical houses of revived Islam will then be peopled by those about whom Allah has said: «[T]here are man who proclaim His glory morning and evening, not distracted by trade or commerce from the remembrance of Allah and the establishment of salāt and the payment of zakāt; fearing a day when all hearts and eyes will be in turmoil – so that Allah can reward them for the best of what they did and give them more from His unbounded favour. Allah provides for anyone He wills without reckoning» (Sūrah an-Nūr: 37-38).

Part of their best actions, for which Allah has stored an immense reward, is to be distracted neither by usurious distortions of trade nor by Muslims all around them mocking their passionate attempt to re-establish just forms of transacting. By that, they seriously busied themselves with the establishment of salāt along with the proper discharge of purifying zakāt.
The first duty is to choose the Dīn of truth. Many pass that exam.
The second duty is to choose the truth in the Dīn of truth.