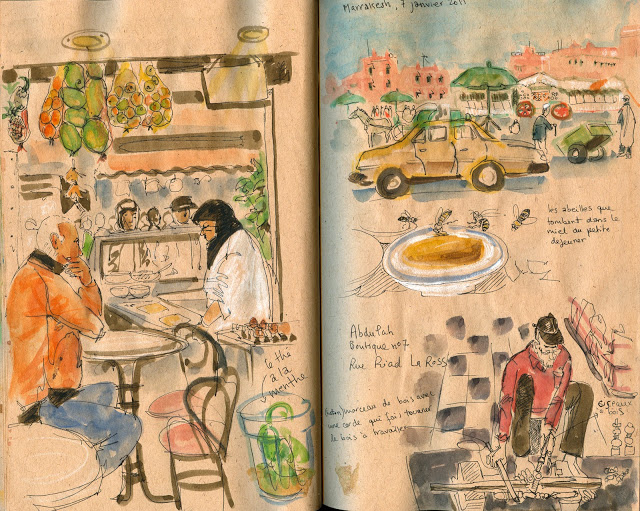 There is no contradiction simply because, on a higher plane, we are calling for the transcendence of divisive factionalism:
There is benefit, in fact, in searching for flowery gems or pearls which lay scattered, perchance someone might one day fasten them in a single bundle or string them together in an orderly necklace.
Refinement or adab, loosely translated nowadays as literature (another instance of aping the Rūm), is after all defined by its practitioners as plucking rarities from every edge; for that is an art, since any person of limited talent is capable of picking up some marigolds right in the centre of a garden.
Prose is called nathr in Arabic, and a prose excerpt is called manthūr, the noun of the patient (ism al-maf`ūl) from the verb nathara which means precisely to scatter, strew about and disperse.
We strew gems around, or we track down gems thus scattered by others, then we reassemble them as a unit.

Shaykh Zarrūq, as other luminaries, was fond of sprinkling illuminations across his texts, given that he used to write whenever he could, even atop his mount or on any mundane object susceptible of being engraved with ink.

One of his works-in-progress which he attended to at different times, punctuated by intervals of silence, was his autobiography, or his autobiographical notebook to be more exact.
In it, in a self-contained section devoted to “the three objectives”, i.e. wholehearted pleasure by Allah, with Allah and from Allah, he had crucial things to say, in almost telegraphic paragraphs, on arch-truths for our guidance:

•    Bid`ah (in the sense of a blameworthy innovation) is to believe that what is not an act of attracting nearness to Allah is in fact one such act.
•    Taqlīd (in the sense of slavish imitation, which is likewise reproachable) is to take someone else’s allusion or statement without any supporting evidence for it in the Law or in reason or in ordinary commonsense at all times.
•    Exiting such censurable taqlīd is achieved through deep insight (tabassur), through the ability to exercise independent reasoning (ijtihād), or through laudable emulation (iqtidā’).

We are witnessing a growth of slavish imitation among educated people (not just simple-minded commonality), even among members of the intelligentsia: There are hints and declarations of individuals, extolled as near-infallible guides, which are blindly endorsed and rehashed even when they rest on no validating evidence in the sources of the Law, in rationally apprehended truths, or in ordinary human experience and its matter-of-fact axioms.
That is taqlīd to be eradicated as Zarrūq understands the term pejoratively.
If one is not a mujtahid but has deep knowledge of a particular methodological approach to the Law or madhhab (he accesses the sources, understands them well, masters the underlying principles, connects together different subjects and masā’il etc), he is a mutabassir. He is endowed with tabassur.
Such an individual is learned. He cannot be said to be a slavish imitator who follows a person (a shaykh, a Mufti, a teacher, whether genuine or fake) regardless of any evidence corroborating the truthfulness of what that person says or alludes to.
If he ascends to a higher level of personally working out legal solutions to novel situations, he is a mujtahid at one degree of ijtihād or another.
It is self-evident that a mujtahid can never be a slavish imitator.
In his notebook, Zarrūq distinguished between a muqtadī and a mujtahid, between iqtidā’ and ijtihād:

•    Iqtidā’ is to follow a scholar with a upright state and to take what comes from him together with the specific legal evidence which supports his view, without the person thus following him (= the muqtadī) independently searching for and examining the basis of that view = without him independently searching for and examining the specific evidence corroborating it in the sources of the Law. The muqtadī knows that the one he is following has a healthy and praiseworthy state. He can thus validate the man and his Dīn generally. Not only that: He knows the evidence on which the one he follows bases his view. What he does not have is the ability to independently track down that evidence (the mutabassir does), or the higher skill of deriving that evidence from the sources (the mujtahid does).
•    Ijtihād is to independently examine the evidence which underlines a juristic view, without relying on knowledge of that evidence from the person he is emulating, i.e. following by iqtidā’.

Iqtidā’ is thus an acceptable mid-point between tabassur and ijtihād, and all three of them keep one out of the negative circle of slavish imitation.

If these guidelines of balanced truth were tenaciously adhered to in practice, most of the confusion, error and misguidance plaguing the present-day ummah would be averted. 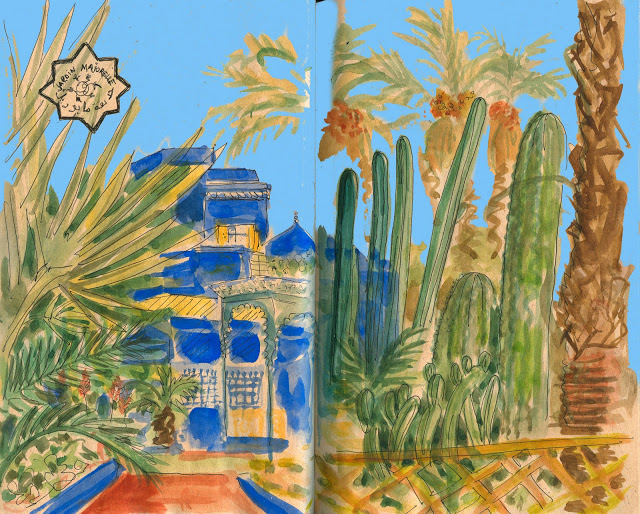 We conclude this short promenade with what, in the selfsame notebook, Shaykh Zarrūq jotted down on the roots (the foundations) of goodness in both this world and the Next:

•    The three roots of worldly goodness are: a) Wellbeing in every respect (including physical, mental and spiritual health); b) An expanded provision across all states of life; c) Longevity, i.e. a long life, devoid of spoiling elements which might have an adverse impact on it.

•    The three roots of otherworldly goodness are: a) Taqwā of Allah in private and in public; b) Uprightness as regards both small matters and weighty ones; c) Strength of certitude (yaqīn) in all states.

•    The three roots of nobility are: a) Accepting creation as they are; b) Facilitating matters; c) Benefiting one self and others so long as one’s time is free from contingent impediments.

•    The common thread running across and pervading all of that, the shelter granting them safeness is: Perpetual gratitude, since it guards what already exists and attracts what is as yet lacking.