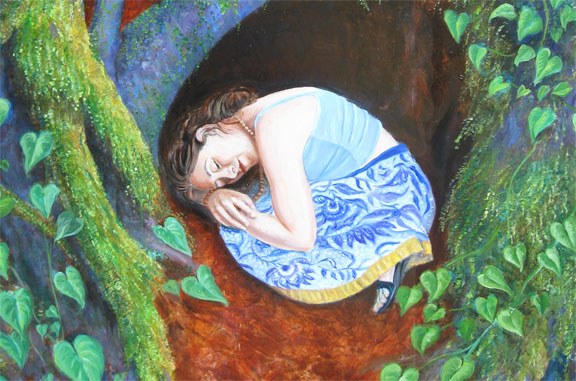 As the great lexicographer of “Libyan” origin Ibn Manzūr records in his Lisān al-‘Arab, the ummī is the one who is still upon the native form he was born with (= from the maternal womb to this world of transience), having learnt neither reading nor writing, with his primeval essence unspoiled.

The best of creation, Sallallāhu ‘alayhi wa-sallam, is ummī since he was shaped up entirely by an education of Divine matrix, which was not filtered through or mediated by a pre-existing human education.

Our Islamic nation is ummī.

With the best three generations there was a nativity which was not externally acquired.

There was at source no superimposed layer from Byzantine, Persian, Greco-Roman, Jewish, Christian or neo-Platonic teachings which had first to be peeled off, poured out or confronted with the natural consequence of negotiating a series of compromises or cross-pollinations with them.

Only later did that confrontational interchange occur, and for the most part the healthy input from those teachings was retained while the incompatible elements were expelled.

The opposite is true nowadays, which is why the noble Prophet, Sallallāhu ‘alayhi wa-sallam, prefigured the pervasive imitation of Jews and Christians on the part of the latter generations of his ummah.

It would be difficult to access the primeval being bathed in the light of Divine upbringing, due to the obtruding and conditioning thick layer of external moulding: culturally, socially, psychologically, anthropologically, doctrinally.

How to combat its influence and reverse the process?

The answer is not to frantically search for uncontaminated pockets of ummiyyah in the Muslim world. Every Mauritania might be relatively more connected to the fitrah but has swerved from it just as much as more refined urban environments. It is not in waterless deserts, mountainous chains or far-off regions that the ummiyyah is to be found.

There is no possible reconstruction of the ambience of the first the generations. History does not repeat itself.

The blessed ummiyah (which alone can counter the march of godlessness) will spring forth from people who, having originated within the superimposed layer of non-Divine education, have knowingly transcended it in favour of being moulded by the Divine teaching.

The rest will be further cut off from primordial purity and increase their emulation of foreign nations.

Whether they were dealing with polygyny or with banking, just to give examples, the Muslims steeped in ummiyyah were guided to the truth by their innate geniality; and modern ones are increasingly led to error as that innate geniality is suffocated by cultural mediation = the coercive influence of an educational layer which is non-primeval and acquired.

Sound jurisprudence was the effortless yield of a sound ummiyyah.

There is no therefore point in arguing about juristic positions. Our judgments parallel our orientation. It is the re-orientation of that orientation which matters.

Strong as the imitative impulse might be, the genial ummī overpowers that power.

There is no strength or power except in and by Allah.