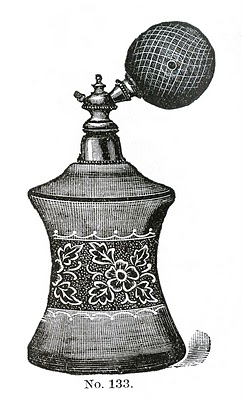 As we have stressed more than once, factionalism is the peculiarity of this epoch, the hallmark of the ummah in its post-Imamate / post-organized community phase.
The hegemonic force, secular humanism driven by the Yahūd and by the Rūm, is striving for compactness: the United States of America, the United States of Europe, the bloc of English-speaking countries of protestant origin, Nato, the G7, the UN’s Security Council, all premised on a common cosmology, a shared vision of life and man, as well as a shared political system and transactional model.
It is no wonder that they are in apparent power.
By inverting the Qur’ānic report in Sūrah al-Hashr or the Gathering, in this age of disunion and lack of gathered strength, we could say of the Muslims, watching them from outside: You consider them united, but their hearts are scattered wide. That is because they are people who do not use their deep intellect.
There are two types of Muslims, broadly speaking:


Whoever knows himself knows his Lord, so each one of us must be familiar with which of the two categories he falls under.
It is only those who belong to the second category who would find our remarks to be of interest.
Wisdom (hikmah) is the hierarchical arrangement of things from the higher to the lower in a masterfully precise manner.
We are not democrats. We do not believe that humans are qualitatively the same:
«The blind and the seeing are not the same» (Sūrah Ghāfir: 58).
There are many ranks, grades, degrees and levels.
The second category is superior. Their īmān is infused with greater certitude. It is infused with the deep Prophetic concern for the other, the fellow believers and humans beyond the self:
«A Messenger has come to you from among yourselves. Your suffering is distressing to him; he is deeply concerned for you» (Sūrah at-Tawbah: 129).

We have also stated, recurrently, that the path of success, the path of the group of the ummah victoriously settled on the truth, is only the path unfolding itself in the opposite direction: marching back to a unifying ground. The people who will eventually re-establish the Caliphate and be on the side of the Mahdī when crepuscular darkness thickens (and they will be a minority, mind you) will come from those who have been consciously treading this fragrant path, already here and now, because only the present exists. Our brief is therefore immensely weighty.
They will not come from those who in one way or the other foster factionalism, since they are aiding the tumour by swimming along with the sweep of the tide.
Have a brief look around.
In today’s age, it is not enough, for someone to open his heart to you as a true companion (sāhib):


No, you are only a true companion (sāhib) if you concur with the factional peculiarities of a narrower circle, defined by such things as lineage, ideology, affiliation to the same grouping, tarīqah and so on.
The Prophetic imperative is to oppose and transcend the trend (tafrīq: dividing, parting, separating, severing), but in an authentic way.
Calls for unity, as we know, can be as divisive as calls away from unity.
“Salafism”, which ostensibly called all the Muslims to join under the banner of a common primordial Islam, has been one of the most demonically fracturing phenomena of the age, and one of the stiffest obstacles to the rejuvenation of primordial Islam itself.
Shortly after I embraced Islam, one of the vogues in that anaemic periphery called South Africa consisted in “Unity Conferences”. They were the exact opposite of a journey back to wholesome togetherness away from atomization. Essentially, they validated every divisiveness, which we have been Prophetically instructed to detach ourselves from: Be a good Deobandi, be a good Barelwi, be a good modernist, be a good perennialist, be a good human rights activist, be a good Shī`ī, be a good Ahl al-Bayt partisan, be a good follower of anything trendy, and in so doing sever the unity of mainstream Islam more and more, but try and have an open dialogue with the other factions. Be factional and potentize factionalism, but be maturely constructive in how you go about doing that.
Naturally, no centripetal momentum was generated, no faction dropped its specificity and united with the rest (unless some money-making interests such as “Islamic” banking led to a sharing of the cake in ad-hoc situations), factionalism mushroomed and was enthroned further, and some futile seminars where held by which some individuals and organizations had an hour of celebrity, made some money and enjoyed some spicy meals together.

If you are part of the second category, the one of people restless about their own destiny and the destiny of the ummah at large, and if you have woken up to the tragedy of dismembering factionalism, you know what you are called upon to do:


Nothing else is required: Nothing more, but also, significantly, nothing less.
Rest in fact assured that you will be opposed, since you are holding onto something which contrasts with what we have defined as being the dominant (centrifugal) impulse of the age.
Stay calm, don’t shake, be proudly anti-factionalist and move on.
Journey along this one and only well-trodden path, and invite every talented Muslim to it, politely but firmly.
Know that many who on the surface claim to concur with your vision and with your project are in fact duplicitous about it or actually hostile to it.
Success is by Allah.