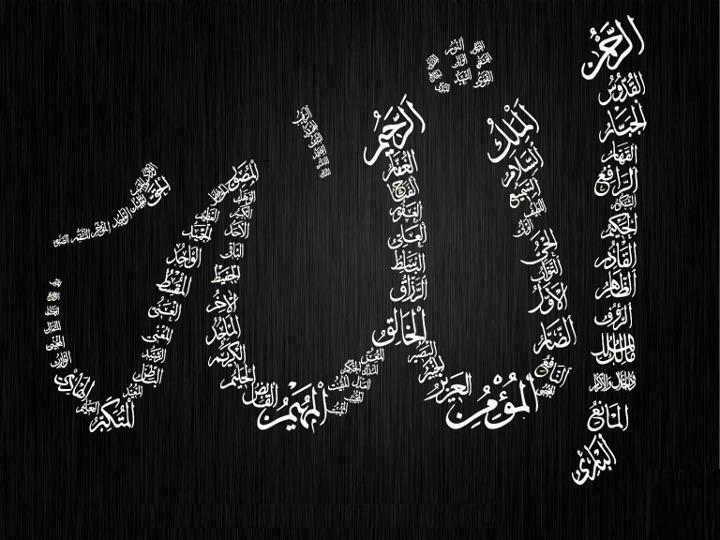 With this, we start a series of contributions on Allah’s Names less familiar to the Muslim public than His 99 Most Beautiful Names.

We will use as our reference Im─üm al-Qurtub─½’s lovely text Al-Asn─ü f─½ Sharh Asm─ü’ill─üh al-Husn─ü, suitably edited to make it flow in a way approximating the current taste and understanding.

Inter alia Ibn F┼½rak, the great Ash`ar─½ mutakallim, said: “Know that the first of His Attributes, glory to Him, is “Shay’”. That is so since the first degree of the first Attributes of affirmation is “Shay’”, meaning that He is existent. That is in fact the reality of a thing with us (= Ash─ü`irah). The Book has named Him a Thing in His statement, may He be Exalted: «Say: ‘What thing (Ayyu shay’in) is greatest as a witness?’ Say: ‘Allah. He is Witness between me and you’» (S┼½rah al-An`─üm: 19). The learned exegetes have stated that the associationists (mushrik┼½n) asked the Prophet, Sallall─ühu ‘alayhi wa-Sallam, ‘Who is going to testify in your favour that you are indeed the Messenger of Allah?’, whereupon the said ─üyah came down. Its meaning is: Allah is the Greatest in giving testimony, i.e. His exclusive possession of Lordship and the establishment of clear proofs pointing to His Oneness are the most potent and extensive testimony. He is the Witness between me and you that I have in fact conveyed the Message and spoken the truth in whatever I said and claimed concerning my Messengership.

This is a Name the savants have not disagreed about as regards its traceability to Him. It is simply not listed among His Names because it is not one of the Names you beseech Him by.

Al-Bukh─ür─½ has mentioned it in his Sah─½h. Those who have taken the opposite view are Jahm b. Safw─ün (the leader of the Jahmiyyah) and his partisans, who said it was impermissible to call Allah a thing (shay`an), replicating in that respect the view of a group of philosophers. Theirs is a view to pay no heed to, since had the Originator not been a Thing, and had it been impermissible for Him to be named thus, it would be legitimate to state that He is not anything, whereupon it would be likewise legitimate to affirm that He is not existent. This is however impossible, as we unanimously agree to describe Him affirmatively.

Should these opponents contend that, if we name Him a thing, that would lead us to assert the existence of likeness between Him and His creation (tashb─½h), although we have agreed to negate His resemblance to the Attributes of creatures, we would reply that, by the same token, the Originator could not be named One or even Existent, since other than Him share with Him the status of being one and existence. Given that no anthropomorphism or the like of it derives from such instances of naming shared with other than Him, the same holds true of our statement “Shay’”.

The savants have disagreed as to whether His Name “Shay’” is derived from a linguistic root or not:

Judge Ab┼½ Bakr b. al-‘Arab─½ stated that for him the view of its linguistic derivation was more ostensibly correct.

Allah has not exclusively claimed this Name for Himself, i.e., it is not one of the Names none but He can legitimately be named by.

The word shay’ applies to both a lot of and a few things. Its diminutive is shuyayy or shiyayy, with the dammah or the kasrah, as well as shuwayy, a variant I heard from our learned teacher Abu’l-‘Al─ü’ Idr─½s b. M┼½s─ü al-Ans─ür─½ the Cordovan Grammarian (d. 647 AH in Ceuta, where he eventually settled and taught), may Allah have mercy on him.

Next time: His Name the Existent (al-Mawj┼½d).