Prelude to an eschatology of the present

Wow, I exclaimed in a state of elation after I had fully gone through UstńĀdh Bradiperr’s latest writing. He had mailed it especially for me from Alberonia’ cyber space.
Frankly, I never harboured any delusion as to the ostensible genre description “user manual” being construed in a literal sense, let alone a sense connecting it to the realm of technique.
As a matter of fact, the description turned out to be ingenious yet somewhat misleading, at least because the manual did not provide systematic operating instructions.
Naturally, being human and thus fallible, some of my initial elation evaporated when the UstńĀdh strictly forbade me to publish a full-scale translation of his text.
With hindsight, I realize the wisdom behind a decision meant to avoid dangerous life therapies falling into the hands of unsuited recipients.
You might harshly and unjustifiably accuse me of being exploitatively legalistic, but having interacted with the UstńĀdh for a significantly long period, I insist in declaring that the spirit of his said veto, and not just its mere letter, no way opposes the publication herein of snippets from his manual: Snippets, true, but such that they hopefully encompass its essence.

I once read a Muslim intellectual stating that the dominant worldview of this age was Zoroastrianism.
He quoted the likes of Hollywood and the Lord of the Rings series as alleged corroboration of his thesis.
It is a thought-stimulating thesis we should be grateful to him for, yet one that lacks sufficiently penetrating insight.
The dominant worldview of this age is YahŇędńę. The dominant group in this epoch consists in the YahŇęd.
It is not the Manichean battle between light and darkness, between good and evil, even if re-defined as West versus the Rest or Humanism versus Islam, which holds center stage.
Tolkien’s vision (shaped by his esoteric inspirations, well-known to literary experts) is a kind of 3-D, enlarged miniature of Nordic mythology, which in Wagner’s tetralogy ended on a note of inconclusive ambiguity, far away from any triumphal aria of goodness.
Indeed, as openly voiced by a protagonist in the movie adaptation of that other cheap saga, Harry Potter, it has nothing to do with good or evil, it has to do purely with power.
The ring, a symbol itself harkening back to SulaymńĀn’s extended dominion, is the key to power.
Therefore, Nietzsche the mad visionary (he was in fact both mad and a visionary) saw it right when he jotted down a prelude to an eschatological denouement to take place in the future = the enthronement of what transcended good and evil.
The YahŇędńę psyche, which has jettisoned both Law (Mosaic regulation) and Goodness (the IhsńĀn stressed again by ‘ń™sa, peace upon him, in the face of Talmudists’ Pharisaic aridity), is totally identified with the a-morality of power located beyond good and evil: the reconstructed Temple of Solomon is anything but a tangible embodiment of hegemonic good crowned anew.

Corporate greed exemplifies the prevalent impulse: a minority of humans joins forces, outside the centuries-old boundaries of natural law and the individual accountability it dictates, in order to maximize profit regardless of the cost, the “collateral damage”, and that maximized profit is the mount ridden on the way to power.
Principles and morals succumb to the drive of this existential reality, and the only preoccupation is whether one is able to climb onto the ark of power unbounded. Humanity can be schematically divided into two major groups:
•    The few who wield power;
•    The rest who desire to wield it, and often resent the fortunate wielders thereof.

Indeed, the products of the movie industry proceed in the same direction: YahŇędńę directors give us panoplies of gray personages who are all essentially sinful, rotten, unbalanced and diseased. If everyone is unhealthy and corrupt, only power differentiates, only power matters.
There is then the other clique, the one of the Francis Ford Coppola’s or the Quentin Tarantino’s who introduce us to a-moral characters beyond good and evil, the solitary godfather or the shrewd gangster and tough bounty hunter, although internal dynamics necessitate that Forrest Gump or Argo outdo every hinged or unhinged Django rival.

The disastrous anthropological experiment of Islam rewritten so as to accommodate modernity, as if modernity was a recognized Islamic value simply because it was predominant, followed this line of thinking:
•    We need to enter the arena of competition with “the West” and try to steal from it the ring of power.
•    Once we have it in our hands, we are going to use it ethically, subject to limiting moral norms.
= Let us adopt the same mechanisms, State and democracy, universal taxation, banking and notional money, corporate personality, monopolistic concentration, control over immaterial property etc. We then cleanse that ring by injecting our superior Islamic morality into it, and we will ascend to the status of the only planetary superpower.
The bankruptcy of that line of thinking is right before us.
Incidentally, the West is but a cardinal point. Nowhere in the Book or the Sunnah is the enemy defined in those terms. We have Rum, we have YahŇęd, and we will have Gog and Magog: those are cosmic realities. The enemy is ShaytńĀn, kufr, munńĀfiqŇęn.
The Islamic West is a wonderful tradition.

In the game of naked power beyond good and evil, the YahŇęd will always prevail.
The modernists’ game has thus been absurdly self-defeating.
We can only beat our enemy by forcing him into the terrain which suits us, and that terrain is goodness, generosity, selflessness, nobility, submission to the Law: only then will Allah send His supporting armies from all the worlds He eternally manages; and we can only do so gradually, by preparing that terrain.
This means that the present system of magic (State, ribńĀ, systemic control etc) is better left to the administration of its natural advocates, since they are the most qualified to run it.
If Allah had not installed it on this planet, there would have been no alternative in place and the earth would have imploded: even the empire of usury, therefore, is a mercy, since reality is one and has been created by the truth of the All-Merciful.
Magic also governs the factions-led citadel of the ummah, with its prestidigitator-scholars perched atop, and even that, notwithstanding its deviancy, is a mercy enabling the ranks of the Islamic nation to swell, the numbers to multiply, as they would not have withstood the live firebrand of authentic Islam.
To resent its stranglehold is to resent Allah’s Decree.
To join it in an attempt to direct its course from within is modernist insanity.
To withdraw from it as much as one can, by more or less concrete and more or less metaphorical migration (hijrah), even by a hand span, literal or figurative, is wisdom, the wisdom of the sunnah.
Do not of course expect new Helpers on the horizon: that historical migration has come to and end long time ago. Be your own helpers, so that Allah can help you by changing your conditions.

Situate yourselves outside the circle beyond good and evil.
Do not yearn for power (political, financial, economic, ideological, societal and so on) which is attained by imitation of the prevalent psyche.
Do not imitate.
Re-activate the Homo Islamicus in you.
Governance which does not accrue to your personal advantage, commerce which is spearheaded by generosity and not by crumbling short-term gain (and that includes scholars who are disinterested in using existing laws and techniques to monetize knowledge), marital interaction which is not founded on search for control or point-scoring, service to the genuine other (e.g. many are devoted to knowledge in order to fulfill selfish dreams of scholarly mastery; just as many hasten to serve their spiritual guides because they see them as extensions of themselves, vicariously enjoying the deceptive thrill of leaders of a leaderless ummah), etcetera.
While most Muslims nostalgically long for a new SalńĀhud-Dńęn (too many movies about Crusades?), there are those who hypothesize the emergence of a tyrant, a Timur or Baybars who, with irrepressible force, imposes himself on the polity as its ruler. They quote the (correct) anti-utopian view that an ImńĀm is validly constituted by sweeping force subsequently endorsed by the notables of the ummah.
However, that is not going to materialize now, precisely because of what we have emphasized.
In any confrontation along the route of sheer power beyond good and evil, the experienced worldview which is currently ruling the geopolitical world will always enjoy home advantage.
No, the counter-force which will eventually coagulate the sane part of humanity and reverse the balance of power in the universe has to be inspired by the opposite: adherence to Law and goodness.
We need to cultivate that plant anew, pass it onto the next generations, and wait for Allah to decree its exponential growth at a faster pace than what our present days allow.
Far-sighted eschatological consciousness is required from now.
Moreover … [At this point I stopped, heedful of the promise I made to the UstńĀdh; and promises must be kept: «Honour My contract and I will honour your contract. Have taqwńĀ of Me alone»]. 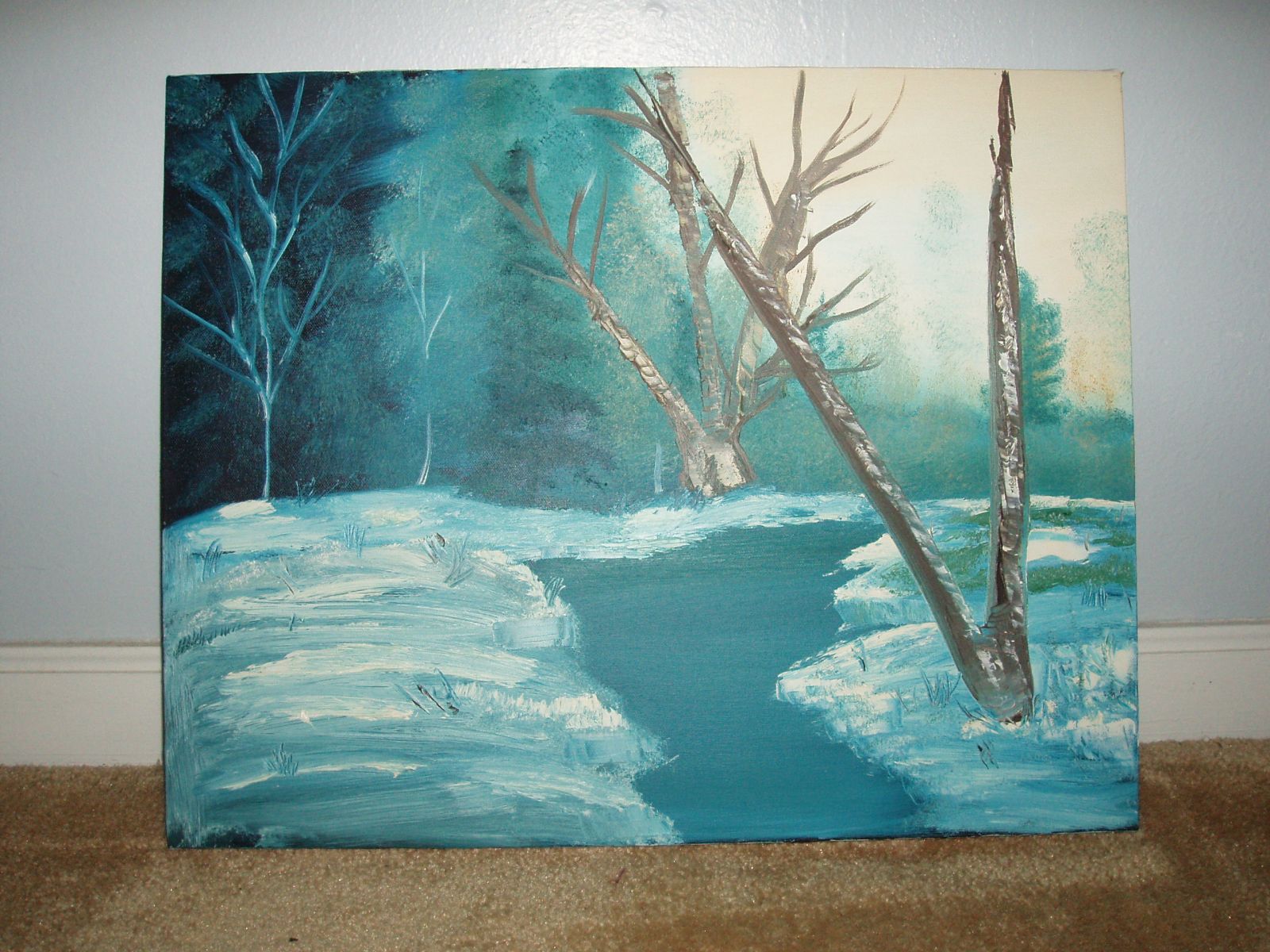