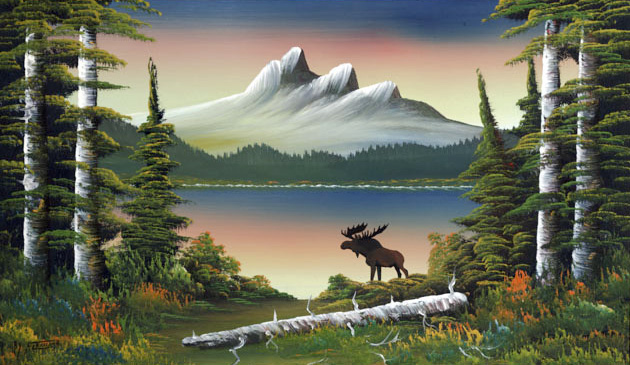 The books collecting fatńĀwńĀ on novel contingencies (nawńĀzil) are an inexhaustible treasure trove of insights into the societies in which they were issued, as already discovered and underlined by sector researchers; and no doubt pride of place in the MńĀlikńę school, if for no other reason than its large size, is occupied by al-Wansharńęsńę’s Al-Mi`yńĀr al-Mu`rib, with all that the edition thereof published by DńĀr al-Gharb al-IslńĀmńę is not exempt from typing errors.

Here we want to share a few of those gems on “family law” topics.

Our jurists have lavished their analytical care, tempered by their balanced wisdom, on the issue of doctrinal (‘aqńĀ’idńę) and jurisprudential (madhhabńę) discordance between spouses.

The following question was addressed to Abu’l-Hasan al-Lakhmńę, the savant from al-QayrawńĀn who authored the multi-volume masterwork At-Tabsirah:

[Q: A Sunni woman married a Kharijite unaware of his beliefs, and when she learnt about them, she asked for divorce. The husband had said that he would pull away from his school but had failed to do so until now]

A: If he does not repent, the spouses should be separated, out of fear that he entices her away from her position and corrupts her dńęn. If he is among those ascribed to kufr in their doctrine, the matter is self-evident; and the woman’s private parts are protected as a precaution since she is not lawful to him according to one of the two legal views.

The basis for taking the precautionary route is that, given his doctrinal approach, there is no assurance that he will let his wife hold onto her outward Sunni belief, and the only way out of the predicament is judicial involvement separating them and thereby safeguarding her beliefs.

[Q: A man was intending to marry a pretty young Shi`ite woman, while fearing his belief would be subjected to a trial from her side]

A: AbŇę IshńĀq IbrńĀhńęm b. ‘Abdir-Rafńę` at-TŇęnisńę began his answer by dividing the Shi`a into two categories, one favouring the less worthy candidate over the worthier candidate, such as favouring ‘Alńę over AbŇę Bakr, may Allah be pleased with both of them: the member of this category could not be given a Sunni woman in marriage, should be explained the error of his school, with proof, so that he could abandon it; and a second category that favoured ‘Alńę and cursed other than him: it was impermissible to marry the member of this category, assimilated to the kuffńĀr.

This subdivision of the Shi`ah was vehemently held against Ibn ‘Abdir-Rafńę, who was accused of leaning towards them because he had relatives in Tunis from their silk, was the target of a pronouncement of kufr on his person, and was solicited to make tawbah, by the savants’ unanimous consent, as a way of blocking the means to evil (sadd adh-dharńĀ’i`). He refused to repent, was wisely invited by a jurist to make public tawbah of some sins of his (all of us are after all sinners), obliged and escaped punishment on that basis. In Tartńęb al-MadńĀrik, ‘IyńĀd remarked that what he had stated was the truth, yet the MńĀlikńę savants of that time wanted to shut the door firmly in front of some of the Shi`a, so as to create amid the commonality a strong aversion for them in every respect.

Be it as it may, what concerns us here is that, in this fatwńĀ, the common thread between the two categories of Shi`ah was the impermissibility of marrying one of them, out of fear that fitnah would befall the prospective spouse, which fear Ibn ‘Abdir-Rafńę turned into the means to discourage the questioner from marrying the pretty Shi’ite woman he was attracted to.

Another interesting social development in the Islamic West was the custom, that at some point in time emerged, for a husband to subject his wife to scrutiny on her doctrinal beliefs, a sure recipe for disaster.

Apparently, a scholar regularly engaged in issuing fatńĀwńĀ had given an opinion in support of that custom, before Shaykh AbŇę ‘AbdillńĀh b. MarzŇęq from Tlemcen (the grandson of Ibn MarzŇęq al-Khatńęb) set the record straight.

[Q: The fatwńĀ in question asserts that a husband is under a duty to question his wife about her ‘aqńędah, and if he finds that she believes something impossible in His respect, Exalted is He, such as having a direction, he is mandated to divorce her as she is a mushrikah [1]. Honourable scholar, is this truly obligatory, and is the judgment in line with this man’s fatwńĀ? What is the judgment on someone who found an ignorant person believing in nothing but his affirmation that there is no god but Allah and that Muhammad is His Messenger, which is what you can see among the majority of people? Please clarify that to us, as you would be rewarded and thanked for it. Peace be upon you, along with Allah’s Mercy and blessings]

A: This is one of the major calamities, and whenever this door is thrown open for the commonality, societal order is ruptured. The beliefs of the commonality should not be thrown into unrest. Let the husband content himself with her dual testimony of faith, as stated by ImńĀm AbŇę HńĀmid (al-GhazńĀlńę). This is what the sound Prophetic narrations endorse. If it was obligatory to subject women to such an interrogation after their marriage, it would be obligatory to do so prior to their marriage, hence no marriage of a woman testifying that there is no god but Allah and that Muhammad is the Messenger of Allah would be embarked upon without first testing her ‘aqńędah, since one of their root-principles is that what would have a severing effect by cropping up as a novel contingency would be an impediment to the act if it was contemporaneous with its formation.

True, if a wife were to disclose an evil belief without having been subjected to any doctrinal questioning, the husband would look into the matter in a way appropriate to it specifically, since that embraces a great many variations eschewing computation. Allah is the Grantor of success by His favour, and He, glory to Him and may He be Exalted, knows best.

Written by Muhammad b. Ahmad b. Muhammad b. MarzŇęq, may Allah forgive him and subtly encompass him by His kind grace. Peace be upon you, along with Allah’s Mercy and blessings.

[As for al-‘AbdŇęsńę, in another fatwńĀ likewise collected in Al-Mi`yńĀr al-Mu`rib, significantly headed by the editor “Muslim women are judged by their outwardly sound Islam and doctrinal belief”, after stressing that the inner secrets of the women are entrusted to Allah’s knowledge, glory to Him, and that however, if a husband has a preponderant thought that his wife’s aqńędah is somewhat corrupted, he broaches the subject with her and teaches her what she ignored, added that some of the emulated jurists used to instruct the witnesses to a marriage contract to test the prospective wife’s beliefs prior to concluding the contract because corrupt doctrines prevailed among them, in those days, that is; a large number of women were thus guided to true beliefs].

Lastly, we turn to the issue of abortion. Al-Mi`yńĀr al-Mu`rib comprises two questions about it, directed at al-MawwńĀq and al-Wansharńęsńę respectively.

[Q: If husband and wife agree to abort the foetus before the lapse of four months, are they permitted by Law to do so? If that is lawful for them, is the wife allowed to abort it contrary to the husband’s will? If she is not forbidden it yet she actually does it, is she bound to compensate him with a ghurrah[2]?]

A: The explicit position of our imams, may Allah be satisfied with them, is the prohibition of using what chills the womb and extracts the sperm that has penetrated it. The accurate verifiers of truths and the in-depth analysts are of that view. Judge AbŇę Bakr b. al-‘Arabńę, may Allah have mercy on him, has stated that “a child has three states: a) a state before his existence, which is terminated by coitus interruptus, and that is lawful; b) a state after the womb has taken in the sperm, in which no one is allowed to interrupt the pregnancy, unlike what is done by some of the foolish merchants who, when the menstrual cycle stops, give their servants some medications to drink to slacken the womb, so that the semen is expelled and the pregnancy interrupted; and c) a third state after the foetus is created and before the spirit is breathed into it, where the prohibition against abortion is more emphatic than in the previous two states (…) If the spirit is breathed in, then the interruption of pregnancy is tantamount to murder without any dispute.”

Only al-Lakhmńę took a different view and permitted the expulsion of the sperm inside the womb before forty days have elapsed, while agreeing with the bulk of the jurists on the prohibition thereof after forty days.

Once you examine this pinpointed clarification from the accurate Judge AbŇę Bakr b. al-‘Arabńę, you will conclusively realise that any agreement between the two spouses to abort the foetus during the said period is unlawful and prohibited and is not permitted in the least, and that the wife who does so against her husband’s will is obliged to pay ghurrah and must be publicly disciplined, unless the husband waives his right to the ghurrah. In a similar vein, the ShńĀfi`ńę ‘Izzud-Dńęn b. ‘Abdis-SalńĀm, may Allah show mercy to him, was asked whether a woman was allowed to take drugs preventing her from generally falling pregnant, and replied that she was not allowed to use what spoiled her childbirth capacity.

[1] In the published edition of al-Wansharńęsńę’s work, “mushtarikah” or “sharing”, which is a patent error.

[2] Ghurrah is used in this legal context to denote what is due if a crime is committed against a foetus. It consists in a female slave or a discerning male slave free from any defect, the value of the foetus being one-tenth (or one-twentieth) of his wife’s blood money, i.e. five male camels or fifty gold coins. A textual basis for it is found in a hadńęth transmitted on the authority of AbŇę Hurayrah, may Allah be pleased with him, where he said: Two women from the tribe of Hudhayl engaged in a physical fight, during which one of them threw a stone at the other, killing her and the foetus in her womb. Their tribesmen appointed the Messenger of Allah, SallallńĀhu ‘alayhi wa-Sallam, as judge in the matter, and the Messenger of Allah, SallallńĀhu ‘alayhi wa-Sallam, ruled that the blood money of the foetus was a ghurrah, a male slave or slave-girl. Cf. Mu`jam MustalahńĀt al-‘UlŇęm ash-Shar`iyyah, p. 1174.