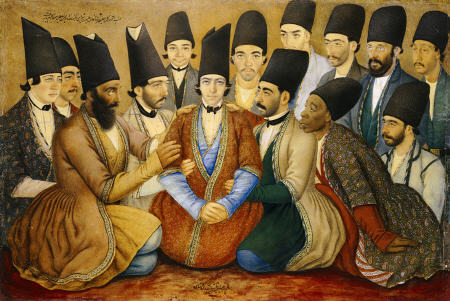 Whereas the purpose of the first article in this three-article series was focused on laying out the fiqh of the qirâd / mudârabah, the goal sought to be achieved by the present article is to illustrate the possible practical application of that fiqh.
One cannot in fact claim that he understands the fiqh until and unless he practices it. The ‘amal is the proof that you actually understand it.
The writer of this article has been involved in true life examples of mudârabah, both in the capacity as the capital investor (rabb al-mâl) and in the different one of the trader / manager of a mudârabah business (‘âmil).

Banking, and that categorically includes so-called Islamic banking as well, is not proof of the Islamic ethos, nor is it indeed a halâl institution to start with. Banking, by its nature, takes money from the large number of poor people to give it to the rich (a kind of Robin Hood in reverse), whereas mudârabah is its very opposite, ie. it makes cash circulate from the haves to the have-nots!
Mudârabah is to bring together parties who can naturally benefit from each other. The investor owns extra cash, which he would like to invest for the sake of generating profit. The mudârabah trader lacks such cash, but he has the ability and time to utilize such cash for trading.
The parties share the eventual profits of the mudârabah business in accordance with a mutually agreed ratio. In addition, the mudârabah trader might repeat this type of transaction until such a point where he is self-sufficient to provide his own capital, and possibly become in future a mudârabah investor in his own right. This is true uplifting of people without any humiliating charity [Banking will not enable it, as it is there to entrench capitalism or the hegemony of owners of capital, even though they might have been just fortunate enough to inherit it or win it at a lottery, or smart enough to steal it or appropriate it fraudulently or obtain it by exploiting cheap labour].

The transaction we are dealing with is pretty simple.
The mudârabah investor (rabb al-mâl) sends out word that he has excess cash, and invites the general pool of workers to transact with him. A trader who is interested in turn puts forward his proposition that he would like to engage in some specific trading activity, and invites the investor to conclude a mudârabah contract with him.
This offer to contract (emanating from either side, as the case may be) could be tendered personally to people you know, which is probably the best scenario, or else this website could facilitate matching you with the other party, simply by you posting your proposition under the heading “transactions” [The relevant navigation button is found on the left hand side of the site’s homepage].
In the event that the latter scenario materialized, this site would refrain from actually handling the transaction, and would charge no middleman’s commission. What the site would simply do is to grant you access to a prospective contractual partner.
No sooner has the site “handled” transactions than it would then begin to charge a commission and, from there, the process to turn into a bank of sorts would be one step away.
We want to avoid that at every cost.
Mudârabah is a private transaction (not an institutional one scrutinized by shareholders, directors, managers, auditors and accountants). We must therefore be very careful not to convert it into a public institution the way an “Islamic” bank would do.

This site, it should be stressed, will not recommend the posting of any mudârabah proposition. It is the parties’ sole responsibility to ascertain the merits and demerits of the offer. We, at this site, disclaim any liability connected to any such mudârabah transaction you might decide to enter into. You must take personal responsibility [That is fair in terms of Islamic law, since one cannot assume legal responsibility for what he has not guaranteed to make good in the event of loss, damage or destruction; and the site has not become party to any such transaction].

The mudârabah can easily and safely be carried out wherever one might happen to be, whether in Muslim or non-Muslim countries. Together with salât, zakât and fasting, we can add this mu`âmalah or man-to-man transaction to our practice of Islam.
In the South African context, any dispute relating to the relevant mudârabah might be adjudicated by a Muslim jurist (faqîh) through the use of the simple mechanisms provided by the Arbitration Act of South Africa. Conferring jurisdiction on a jurist ruling under such Act by the sharî`ah of Allah might form the subject-matter of a specific arbitration clause inserted in the mudârabah contract. By doing that, we would add yet another key and wholesome mu`âmalah to our practice of the Dîn: Letting our legal disputes be pronounced upon and resolved by Islamic jurisprudence, which is what Muslims did naturally over the centuries.

This article shall be followed by a third and conclusive writing containing some classical specimens of. mudârabah contracts. Parties are free to use one of them (suitably adjusted if needed) in the written memorials of their own mudârabah contracts.
Finally, I would like to highlight that it would be encouraging to other site users (and to Muslims generally) if mudârabah contracts and their general outcomes were to be posted on this site by the parties who concluded and implemented them.

The transactions tool on this site can be accessed if you want to engage in a mudārabah either as investor or trader, and whether you want to do it fully on your own or by drawing on the Islamic Community to facilitate such business venture.

Click on the link below to go to the transactions section:
http://www.theislamiccommunity.com/article/transactions