Dreams are one of the nutrients Allah feeds spirits by.
Being earthbound in my temperamental essence, and as dreams are closely associated with ethereal regions, Allah constantly fed my through the dreams of other people: dreams which meant a lot to me while still meaning a lot to their immediate recipients; only obstinacy can refute the multi-plane operability of visions.

In the last two weeks, three of my overseas students and supporters, in different countries, continents and hemispheres, dreamt of me.
I never met them in person, but our spirits have done so aplenty.
One of the three recent dreams is sufficiently transparent from a semantic viewpoint:
A park arising in the middle of the dreamscape, a warm day in a Mediterranean city, a conversational promenade, immersion in a pool of water inside the park, probably in search of something: a congenial spring (every tribe knew its watering place, Allah tells us in His Noble Book), a source of inner belonging to complement outer belonging, large fish of refreshing knowledge and action swimming inside that pool, a watchful observer noticing the scene, painting its broad brushstrokes in his memory, possibly diving in, possibly contemplating such a dive.

Out of the Mediterranean to join surfers on the crest of waves sweeping chillier Oceanic shores.
I was collecting donations from real or virtual fuqarā’, and the dreamer dropped at once a $50 in the box I had set up for that purpose. Putting the money (the visible support) where the mouth is.
Since inflation operates in dreamlike realms as well, we should not be unduly surprised to cross into the next sepia panorama upon returning to the Old World.

I believe I was telling you that I was pointing to the true, classical Madinan path. It was not inaccessible: There was the key unlocking that treasure, a treasure few appreciated in full. There were only “a few others” around as you said. It was therefore a small circle.
I sat down and told all of you “leave the dunyā” to its millions of adepts. Leave it to the many proliferating fashions of the day. Don’t join the crowd. What for? Cling to the path of the strangers which is gazing at the Ākhirah. Do you want the real gold more precious than gold? Or are you going, like the rest, to exchange it for some paltry price, some transient worldly satisfaction, an hour of popularity, a cozy group with badges and uniforms, a shower of adulating claps or pats on the shoulders, a bit of company to huddle your solitude in?
The group you were with in the dream had an interest in true Islam, but with different levels of interest. I tested your degree of sincerity, commitment, receptiveness, preparedness. I floated around the acid test of a monetary sum.
The paradigm of full conscious endorsement of this path of blessed strangers had no hesitation: His inward trusted this way without doubt and voiced it through the hasbalah accompanying his handover of the $5.
You wavered between treading along that perfumed path and other Islamic approaches which are simultaneously vying for your allegiance and devotion.
The requested sum was a nominal one: no one could be impoverished by it; yet it exemplified the fact that this path does not demand vast worldly lots. It demands sacrificing egos and worldly appetites, surrendering to Allah, without any cumbersome financial charges.
‘Perhaps I should save it for one of the other Islamic approaches I am simultaneously attracted to’, you thought as you wavered about what route to take.
You then handed the $5 in and verbalized the hasbalah, yet it was not out of undivided heartfelt conviction, since your preoccupation was partially not to be lowered in my esteem and not solely to choose what is authentic and wholesome; and Allah knows best.

Anyone is welcome on board, but the caravan is surely forging ahead, spurred on by the chanting cameleer amid this mood indigo. 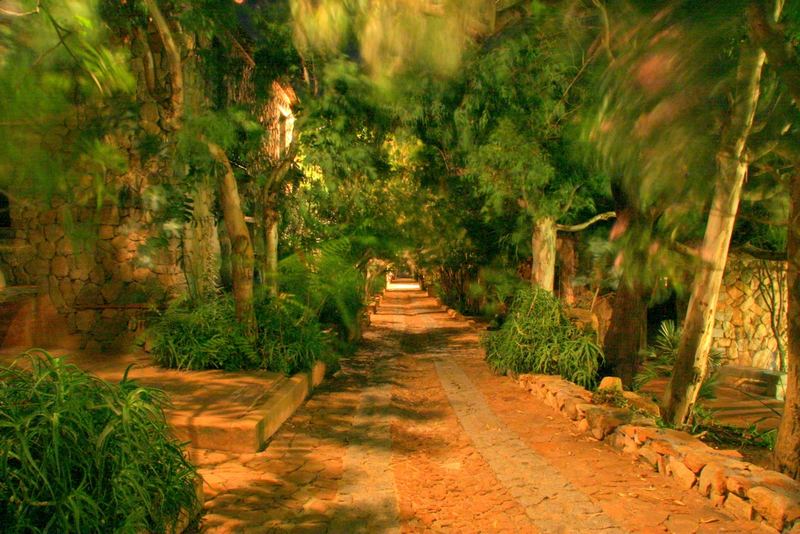