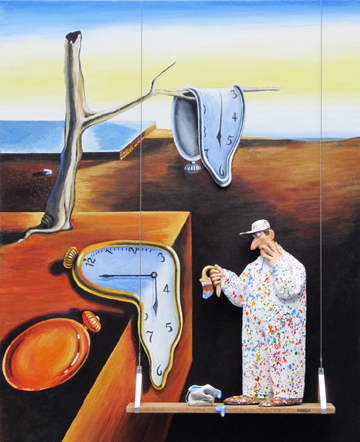 Can zakƒÅt be given earlier in the MƒÅlikƒ´ fiqh? For example, I take mine out every Ramadhan, but as someone is in need now, could I take it out earlier?

Also, can zakƒÅt be given to someone who is in debt, and on benefits? The person in question lives in a bedsit and is struggling financially. He has just started benefits but he has to wait several weeks for his claim to fully come through. In the meantime, he has been given some of the benefits as emergency advanced.

A:
The MƒÅlikiyyah unanimously forbade taking out the zakƒÅt a long time before the completion of a full lunar year. Whether it is however possible to discharge it a short while before its due date is a debated point. The mashh≈´r position is that it is permissible. This is the view propounded in the Mudawwanah, the legal ground for it being that what is close to another thing is assigned the latter’s judgment (hukm). The contrary view in the madhhab, based on the transmission from Ashhab and Ibn Wahb, is that early discharge of zakƒÅt is impermissible, even if it is done just one day before.

The probative basis for this alternative view (we could call it, Philip K. Dick-style, a “minority report”) is analogy (qiyƒÅs) with prayers. They say that early discharge of zakat is an obligation fulfilled prior to the time it becomes due, so it does not suffice, analogously to salƒÅt performed before zawƒÅl. Al-QarƒÅfƒ´, however, labelled it an invalid analogy in his us≈´li work “Al-Fur≈´q” (“The Differences” or “The Distinctions” or “The Dissimilarities”), since the arrival of the time for the prayer (zawƒÅl in the case of Zuhr) is a cause (sabab) for the obligation falling due, not a condition (shart) for it, and advancing the judgment over its cause is unanimously prohibited. The equivalent of the prayer before zawƒÅl is, rather, to take out zakat before you own the minimum amount (nisƒÅb), and to do so is unanimously deemed invalid. Had they inferred the absolute prohibition of an early discharge of zakat by making attainment of the nisƒÅb one part of the cause and the lapse of a full lunar year another part thereof, their prohibition would have rested on some foundation.

Going back to the mashh≈´r ruling, what does a short period before the expiry of the lunar year mean? Different answers have been propounded, from two days to two months.

Applying this to your specific scenario, even the most lenient interpretation of a “short period” according to the mashh≈´r view, i.e. two months, would not help you, since we are slightly more than two months ahead of Ramadan. In terms of our madhhab, therefore, you cannot advance your zakat at this point in time.

Many scholars from outside our school have permitted early discharge of zakat in an unqualified sense, basing their view on the hadith transmitted on the authority of ‘Ali, may Allah be pleased with him, to the effect that al-‘Abbas, radiyallahu ‘anhu, asked the Prophet, Sallallahu ‘alayhi wa-Sallam, whether he could take out his zakat before its due date had arrived, and he, Sallallahu ‘alayhi wa-Sallam, granted him a concession to do so [See Sunan Abi Dawud].

Following their view would however require you to consciously move out of the school in this mas’alah.

As for taking out the wealth tax in Ramadan specifically, I noticed in South Africa that it was a common habit among Muslims from the Subcontinent. There is no legal basis for that: ZakƒÅt is an obligation entirely detached from fasting, and by the nature of life, given the variety of taxable assets (which include animals, crops and minerals, whose time for growth or emergence cannot be set beforehand), the tax becomes due on a continuous basis throughout the year. I also do not like the concentration of good deeds in one month of the year (particularly noble as it might be), and there is no higher merit in discharging zakƒÅt in Ramadan as opposed to other months of the year.

As for your second question, debtors form a category of eligible recipients of zakat.

However, the position in the madhhab is that zakat to other than the poor and the destitute (fuqarƒÅ’ and masƒÅkƒ´n) is not distributed by the owner of the taxable asset directly, but is handed by him to the political authority for the latter to see to its distribution according to his informed discretion. See in this connection our article: http://www.theislamiccommunity.com/article/zak_257_t_on_latent_assets

In the absence of a political authority, you can do it so personally, but that does not exempt us from the duty to appoint one among ourselves, even in the modern West, to attend to such matters, for that is feasible and Allah has not made the halal difficult, let alone impossible.