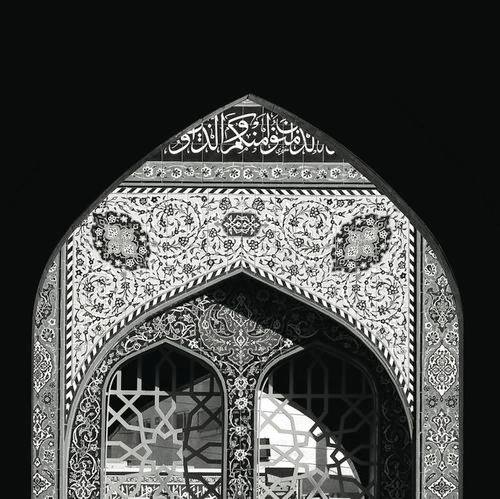 The conditions which render the fast of Ramadān obligatory

The child or youngster who is yet to attain puberty is not obliged to fast Ramadān. If he does fast, the fast is not invalidated by the fact he is under the age of puberty.

The reason for the lack of obligatoriness is that he is not mukallaf, and the fast of Ramadān is part of taklīf.

According to Mālik, it is disliked (makrūh) to ask him to fast, because the fast, unlike the prayer he is ordered to perform at 7 and disciplined for omitting it at 10 (even though as yet not legally obligatory on him), entails an element of hardship, and Allah’s Dīn is one of ease.

It is not obligatory to fast if one is incapacitated from doing so, although the fast of such a person is valid if he or she fasts nevertheless.

The said requirement excludes the sick person (marīd). His is a literal disablement, not a metaphorical one. He is literally incapacitated from fasting.

It further excludes the suckling woman and the pregnant woman. Though personally capable of fasting, both of them are analogically equated to the sick person who is actually incapacitated, because of the fear that the sucking child or the foetus in the womb might become severely injured or die as a result of their fast. Theirs is accordingly a metaphorical rather than an actual disablement.

The person who fasts under duress, i.e. is coerced to fast by an external force (mukrah), is under no obligation to fast, without that invalidating his fast. Again, his incapacitation is not physical, but is analogically treated as if it was.

This judgment of the Law is evinced by His statement, may He be Exalted: «But any one of you who are ill or on a journey should fast a number of other days» (Sūrah al-Baqarah: 184).

Only the resident person who is above puberty and capable of fasting, is mentally sane and in his senses, and is free from the impediments of menstruation or post-delivery blood if a female, is obliged to fast. The travelling person, though recommended to fast, is not obliged to do so on condition that:

The evidence (dalīl) of the lack of obligatoriness as regards a legitimate traveller’s fast of Ramadān is His statement, Exalted is He: «But any one of you who are ill or on a journey should fast a number of other days» (Sūrah al-Baqarah: 184).

Let us look at His other statement, may He be Exalted: «Any one of you who are resident (shahida) for the month should fast it» (Sūrah al-Baqarah: 184).

Here, the verb shahida does not mean “to see”, which is expressed in Arabic by the augmented verbal form shāhada, but to be present, to attend, to reside, to participate, as when one says regarding a Companion, “shahida Badran” (= he attended the battle of Badr). The meaning of the Divine injunction in the āyah is thus: Whoever among you is present / is resident in the month (the verb is in fact not transitive in this sense) should fast the whole of it (The alternative interpretation is that the verb means “to be aware of the month having set in”).

There is then concordance between such rendering of shahida and Allah’s subsequent statement: «But any one of you who are ill or on a journey should fast a number of other days» (Sūrah al-Baqarah: 184), which excludes the categories of sick people and legitimate travellers from the compass of obligation to fast the month, wholly or partly depending on the length of the illness or the travel.

The conditions which render the fast of Ramadān valid

A kāfir, according to the correct (and majority) view of Ahl as-Sunnah, is not only obliged to bring īmān (in Allah and the other truths of the Unseen), but also to comply with the derivative judgments of the Law = he is addressed by all the commands and prohibitions of the Sharī’ah, including the command to fast Ramadān, just as much as the Muslim. However, although under an obligation to fast it, his fast is invalid if engaged in whenever unaccompanied by Islam. For instance, during the Africa Nations Cup Rudy Krol, the then Dutch coach of the Egyptian national team of football, fasted one day of Ramadān to feel what his players felt. He met the obligation resting on him that day, but in an invalid manner.

That is of relevance to other than the fast of Ramadān (= another obligatory fast cannot be valid if kept on such as the day of ‘Īd).

It follows from it that a lunatic or a person who has lost his senses is not obliged to fast, and that his fast is invalidated if he does in fact fast.

If a person becomes insane or falls unconscious when dawns set in, he has to recover such missed fast, since it lacked validity at the time of formulating intention for it and beginning the act of worship. It does not matter that he has abstained from all the appetites of stomach and private parts, and from comparable appetites.

By contrast, if the insanity or loss of consciousness precedes the break of dawn and the person recovers sanity or senses, as the case may be, before dawn, his fast is valid and does not have to be made up.

If one of those two disqualifications occurs after dawn, and the person remains in such a state for the rest of the daytime or most of it, he has to make up the fast which was neither obligatory nor valid, regardless of his abstention from violators of the fast. It is different if the disqualification subsists for only half day or less: the fast is then valid and need not be recovered.

The evidence (dalīl) of this first condition is His statement, Exalted is He: «But any one of you who are ill or on a journey should fast a number of other days» (Sūrah al-Baqarah: 184), inasmuch as the lunatic (and the unconscious person) is sick.

Neither the menstruating nor the post-partum woman is obliged to fast, and the fast of neither of them is valid.

If a woman becomes pure from menstrual blood (due to dryness or a pad being inserted in her vagina and showing no trace of it upon removal) while dawn is breaking, she is obligated to fast, even if her restored purity accompanies the breaking of dawn itself.

There cannot be any obligation to fast Ramadān, and no validity in a fast before establishing the entry of the month. People who fasted this year on Saturday 28 June 2014 based on mere astronomical calculations accordingly engaged in an invalid fast they were not obliged to engage in.

This is the perfect point to stop at and allude to the topic of the forthcoming lesson, namely: