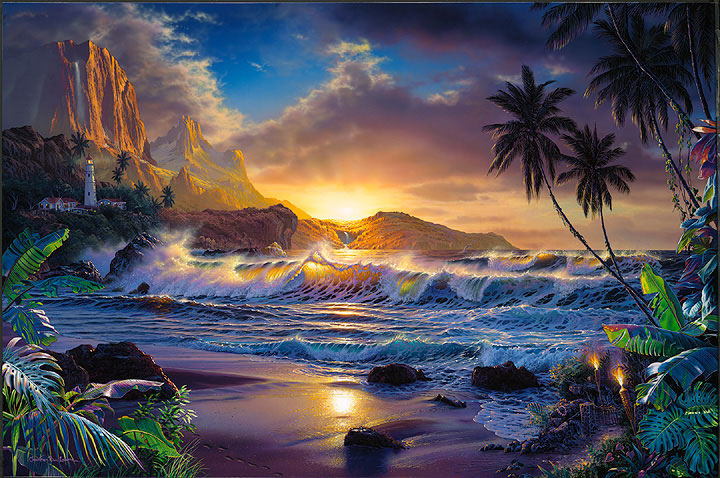 We said last time that the sighting of the crescent necessitated two male witnesses of attested integrity.

If, however, the locality one lives in is such that it does not ordinarily concern itself with sighting the new moon, it is enough for the sighting to be based on the report of one trustworthy individual, including a woman or a slave. Islam has to realistically cater for all circumstances.

Where, however, that concern for sighting the new moon is there, it is not enough for one person alone to sight the crescent. Even his own family, notwithstanding their belief in the truthfulness of his report, are not bound to fast, let alone the rest. He is obliged to pass on his report to the political authority, for the latter to search for possible corroboration of his sighting. Personally, however, he is obliged to fast. The fact that the other Muslims do not fast on the strength of his report does not allow him to refrain from fasting. If he refrains from fasting, he has to make up the fast and expiate for it (kaffārah), since his excuse for not fasting (“my fellow Muslims are not fasting”) is too improbable to support his relinquishment of the personal duty to fast. He would thus be deemed to have breached the inviolability of the month.

Where concern for sighting the new moon exists, the political authority cannot declare the beginning or end of Ramadān based on a single trustworthy report, unless his school of jurisprudence allows him to follow that route (for then it would bind everyone, including such as the Mālikiyyah who necessitate two witnesses of integrity). Political unity and effectiveness has to be prioritized over narrower jurisprudential allegiance (As we noted, that excludes following an authority who relies on so-called “astronomical calculations”, since he has abandoned the Sunnah altogether, which is something different).

Sound ahādīth are entrenched in the literature to the effect that the Prophet, Sallallāhu ‘alayhi wa-Sallam, accepted the single report of ‘Abdullāh b. ‘Umar, while on another occasion he, Sallallāhu ‘alayhi wa-Sallam, is said in a hadith reported by Abū Dāwud in his Sunan and transmitted by Ibn ‘Abbās to have done the same with a Bedouin’s single report of sighting the crescent of Ramadān: The ordinary position is that a Muslim who alone reports the sighting of the Ramadān crescent cannot be accused of trying to avoid the hardship of fasting that month, whereas such an accusation can be levelled to a single person claiming to have sighted the crescent of Shawwāl by which the fast is exited along with its hardship and festivity sets in.

The two narrations we have mentioned above clash with what is transmitted on the authority of ‘Abdur-Rahmān b. Zayd b. al-Khattāb (the nephew of the second Rightly-Guided Caliph), where the Prophet, Sallallāhu ‘alayhi wa-Sallam, expressly requires two witnesses to begin and end the fast.

The hadith transmitted on the authority of ‘Abdur-Rahmān b. Zayd b. al-Khattāb is accorded precedence by analogy with the requirement for admissible testimony in cases involving people’s rights = at least two male witnesses of integrity are required, in addition to the fact that those two narrations do not exclude the possibility that the Prophet, Sallallāhu ‘alayhi wa-Sallam, had received other reports over and above those of Ibn ‘Umar and the Bedouin respectively.

Judge Abū Bakr b. al-‘Arabi, however, held onto the outward indication of those two narrations and ruled that the testimony of a single man of integrity sufficed.

Be it as it may, all the people informed of the sighting by two men of integrity are mandated to act by it (= begin or end the fast as the case may be), regardless of whether the two of them have acquainted the political authority of their sighting.

If none but those two men of integrity sight the crescent, they are bound to inform the political authority of their sighting.

If the new moon of Shawwāl is not sighted after 30 days from their testimony, they will be belied in the event that a) the sky is not cloudy and the moon is therefore visible, and that b) they alone testify to have seen the crescent of Shawwāl, too, whereupon the rest of the Muslim community would make the intention to fast the next day. 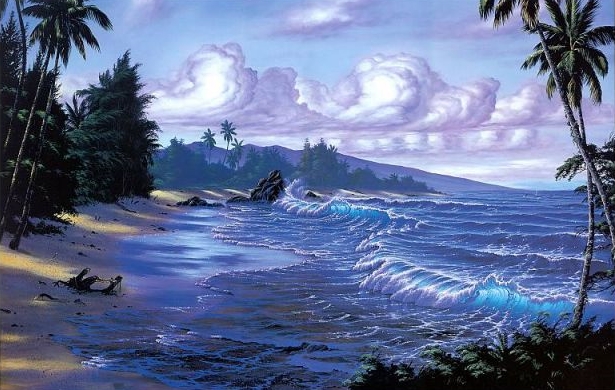 Who is bound by the crescent being sighted, geographically speaking?

The correct position is that the Prophetic instruction to fast or end the fast based on the cause (sabab) of sighting the crescent is addressed to Muslims generally, and not to the inhabitants of any particular region or locality.

In our e-magazine Sulwān (http://www.amazon.com/dp/B00ASDB30U), we have set out the inspired view of Shaykh Ju’ayyit, the then Mufti of Tunisia.

Ahmad ad-Dardīr, the noble jurist, mutakallim and Sufi from Egypt, wrote as follows in his large-size commentary on Khalīl’s Abridgment, Ash-Sharh al-Kabīr:

“Fasting is generally binding on all the other countries, whether near or distant. No consideration is paid in that connection to whether the distance is such that a prayer can be shortened or whether the rising points of the moon (= start times of lunar days) are the same or differ. Fasting is incumbent on all those to whom a sighting has been transmitted.”

That is also the authentic position related from Imām Mālik, may Allah be pleased with him, as well as the relied-on view (mu’tamad) of the Hanafiyyah, as stressed by classics such as Ibn ‘Ābidīn and contemporaries such as Taqi Usmani, and the stronger view in the Hanbalī school as well.

It has been related from Imām Mālik, may Allah be pleased with him, that no regard is paid to different rising points of the moon which tend to enjoin a localized sighting. The Andalusian Imām Abu’l-Walīd al-Bājī said:

The witness to a sighting has in fact affirmed (and not negated) something (= he has affirmed that he has positively sighted the new moon), and affirmation is accorded precedence over negation.

Inter alia the Mālikī position, therefore, is that if the crescent appears in any one of the Muslim countries, fasting is incumbent on the entire ummah.

The famous hadīth transmitted on the authority of Abū Hurayrah and reported by al-Bukhārī says “sūmū li-ru’yatih wa-aftirū li-ru’yatih” (“fast on the strength of its sighting and end the fast on the strength of its sighting”), as well as “fa-in ghumma ‘alaykum” (“and if the sky above you is overcast”). The evidence in it is that the obligation to fast resting on all Muslims is conditional on the unqualified event of sighting the new moon = unqualified, that is, by geographical or political boundaries.

The words used in the hadith are of the unqualified (mutlaq) type. The usūlī or foundational rule is that an unqualified word in the texts of the Law must be interpreted in an unqualified sense. Geographical or political divides cannot act as a qualification. Accordingly, a sighting by a collective group or by two men whose testimony is admissible suffices to entrench the obligation to fast as regards all the Muslims [1].

Analogically, i.e. in terms of qiyās, distant countries are assimilated to nearby countries as regards sighting the crescent, since there is no basis in reason, and no textual evidence, for differentiating between the two types.

What about the hadith in Muslim’s collection transmitted by Kurayb, which is to the effect that Ibn ‘Abbās did not accept Mu’āwiyah’s endorsement of the sighting in Greater Syria, as related by Umm al-Fadl, al-Hārith’s daughter?

Does it not support the Shāfi’iyyah’s view that each country has to rely purely on its sighting?

The hadith is open to more interpretations of Ibn ‘Abbās’ phrase “thus has Allah’s Messenger instructed us” than just an invalidation of other than local sighting.

One of those interpretations is that al-Madīnah, where Ibn ‘Abbās was located, had clear sky, and he, therefore, did not sidestep certainty in favour of a possibility, so he prioritized eye witnessing over an outside report.

It does not mean that Ibn ‘Abbās discarded the contents of Kurayb’s report. He looked at the form (the formal nature) of that report. It was a single transmitter’s report which did not establish certainty about the sighting of the crescent, so he refused to take by it. Thus it has been interpreted by the Hanābilah who have not adopted the view of a localized sighting.

Not only that, but Ibn ‘Abbās’ phrase “thus has Allah’s Messenger instructed us” was an ijtihād on his part, which is beset by ambivalence (ijmāl) due to a concatenation of reasons:

There are other interpretative possibilities as well.

The end-result is that, on account of the said ambivalence in Ibn ‘Abbās’ statement, and its contradiction to two legal truths if interpreted as meaning that sighting in one place does not bind other places, our savants have refuted reliance on it.

As Prophetically foretold, this is an age where time zones and markets are close to one another, and where means of communication are faster than the speed of light; where geographical barriers are increasingly friable, and where Muslims, in the fraction of a second or at a click of a mouse, are connected worldwide with mutually significant events and information.

The day of doubt

Two factors must combine for it to be defined as such:

If a person is used to fast on a certain day, say on Mondays and Thursdays, the day of doubt falls on such a day, and he fasts as part of that habit of his, the fast is lawful and not disliked.

The same is true (according to the stronger view) if he simply keeps a voluntary fast on the day of doubt with the intention of merely keeping a supererogatory fast.

If it is a day of doubt as defined by us, it is recommended (mandūb) to refrain from nullifiers of a fast until certainty on its status is achieved.

If it is discovered that it was the first day of Ramadān, it is imperative to fast the remainder of the day, even for one who did not cautiously fast it at first, in order not to breach the inviolability of the fast.

The pillars of the fast 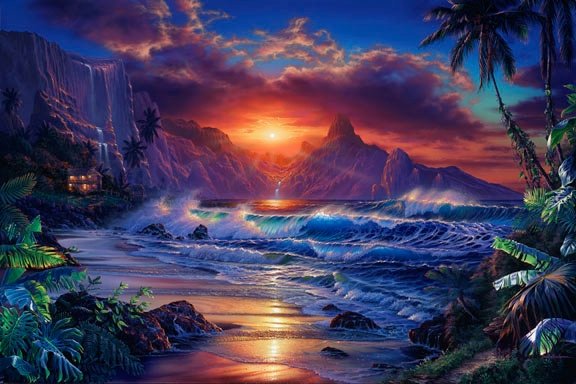 [1] The Shāfi’iyyah see sighting as a qualified word, i.e. actual sighting by the inhabitants of a country or a nearby country. They also equated, by analogical reasoning, the different rising points of the moon to the different rising points of the sun which necessitate different prayer times for different countries. They additionally drew support from ratiocination, since the new moon is born at different times in different countries. Their evidences, however, lack the cogency of the evidences underpinning the majority view.