We caught up with the Ustādh, outside his native Alberonia, during a break from his pile of interlocked activities.
He had just finished a presentation of two journal contributions of his, “La Campanella Svuotata: Liszt e la Mercificazione dell’Arte” and “Gharb e Ghurabā’: Tracce di Ricostruzione”.
We spoke in a flash about his participation in our ongoing project of e-publications.

We have been given to understand that you are joining Hamām Press in a crucial editorial role.

I would have to say, regrettably, that what you just said is the truth: Regrettably because I am struggling with a deluge of intersecting commitments.
I am no Cesare Cremonini forever offering the same tune in variable kits and outfits.

Not at all, he is elegant easy listening. No Nasa busybody tapping these words of mine might cause me embarrassment [Unbeknown to the Ustādh, this conversation was being record].
What I am saying is that your pressurizing laments had the better of my soft being.

Can we then announce it to the world?

I will be the editor and annotator of your e-translations of classical works. Mind, your translations, not your original writings: I am doing it purely out of love of our pristine Islamic legacy.

You are also going to write the forewords.

Not so. The forewords are your liability. Introductions about texts and authors will instead be my prerogative.

Correct. A prerogative you are no doubt going to honour by your loving care and accuracy.
Let’s provide some succulent foretastes for our readership: What’s boiling in the pot right now?

Plentiful meat and some potatoes, too: Must we name some savoury ingredients?

First of all, there are two titles coming out any time now: The Grenadine al-Fazārī’s literary roller coaster and sparks of historical lightning brought into suave relief by the prolific Syrian Ibn Tūlūn.

But as those two titles were tackled by the former editor, you are obviously inquiring about what lies beyond that, what is still ensconced in Alice’s mirror somewhere in Wonderland …

Tell us the themes. Then share with us the names of the writers. Stir them up inside a mixer. Our readers can correlate the items on one list with those on the other list.

•    Chess and its playful metaphor of humanity
•    Love and lovers in Islam
•    The Prophetic anticipation on the arrival of the railroad in al-Madīnah
•    Pomades treating the harms of debased silver coins
•    Discursive she-camels freely graze across the minds of Abū Hayyān and Ibn Miskawayh
•    Emir Fakhrud-Dīn wins a special holiday package to Florence, where he strolls between the ornate trappings of the Medici court and the sleighs-of-hand of an exotic foreign institution: The bank
•    The number 7 and its beguiling permutations throughout the Nilotic flow of millennia
•    Guidelines of Mālikī ijtihād
•    Wise animals console dethroned kings of their subjects’ perfidious decadence
•    Warriors gather around a campfire to listen to an Iberian character-moulder
•    An Egyptian eavesdropper shifts from Prophetic laudation on the night of the nocturnal ascension to the public bath as Imām Abū Hanīfah walks in, encircled by harassing Fatalists and by butchers extolling the nutritional value of meat
•    Women’s charm and women’s schemes
•    Athletes show off their Sharī`ah-compliant muscular prowess
•    A tour guide of human archeology, as Ibn Zaydūn challenges a rival in love to a duel of lethal sarcasm
•    Mountains and hills are rocked with disgust by servile scholars who legalize usury
•    The value of forgiveness and good thought
•    Learning one lesson or two from clever lunatics
•    Who is a chief?
•    Black beaks broadcast ornithological benefits from Madinan farms

Your eccentric creativity span out a sequel of exotic editorial series: For instance …

“Timeless Filigree”, “Prostate Lovers”, “The Lamp that Brightens Darkness” and “Flashes of Lightning” are all yours: I added “Strange and Stranger”, “For Thine Eyes Only”, which is all women’s fare about women, “Between Two-eyed Fools and Sightless Geniuses”, “Tappeto Occidentale”; you shot down a suggested “Sardonic Lands”, and I still do not know why. We have “Three Men Flew over a Muleteer’s Nest” alongside “Shapeless Voices and Reticent Genies”, but those two are meant to be one-off publications.
Sorry, there’s one thing I forgot: Permission to publish the English translation of Dr. Sādiq al-Gharyānī’s aforesaid text will be sought from his person.

There is also the parallel project of producing English translations of all the major writings by Shaykh Ahmad Zarrūq.

Beginning soon with the surviving excerpts from his enthralling autobiography, (Fawā’id min) Kunnāsh

Given that general knowledge is contracting as fast as human insects are globally interacting via electronic impulses, we deem it part of dutifulness to refer interested readers to the first plates thus far ordered:

Last titles issued under the supervision of the former sole editor:

The first bouquet of fresh titles to be harvested under the supervision of the new editorial board headed by Ustādh Bradiperr: 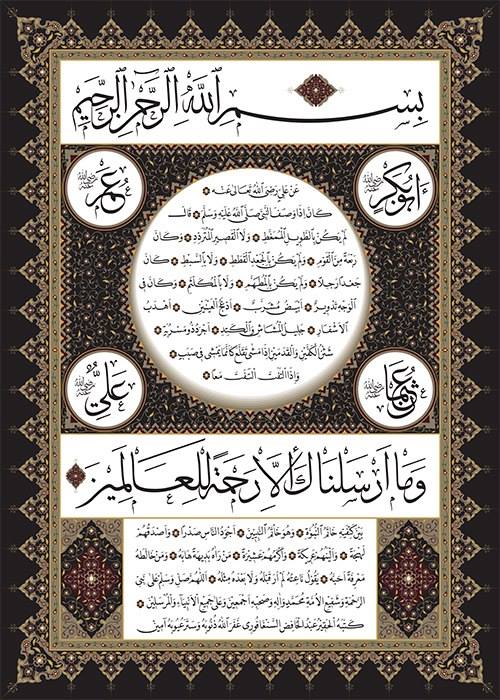