Is there life on Kepler 22b? 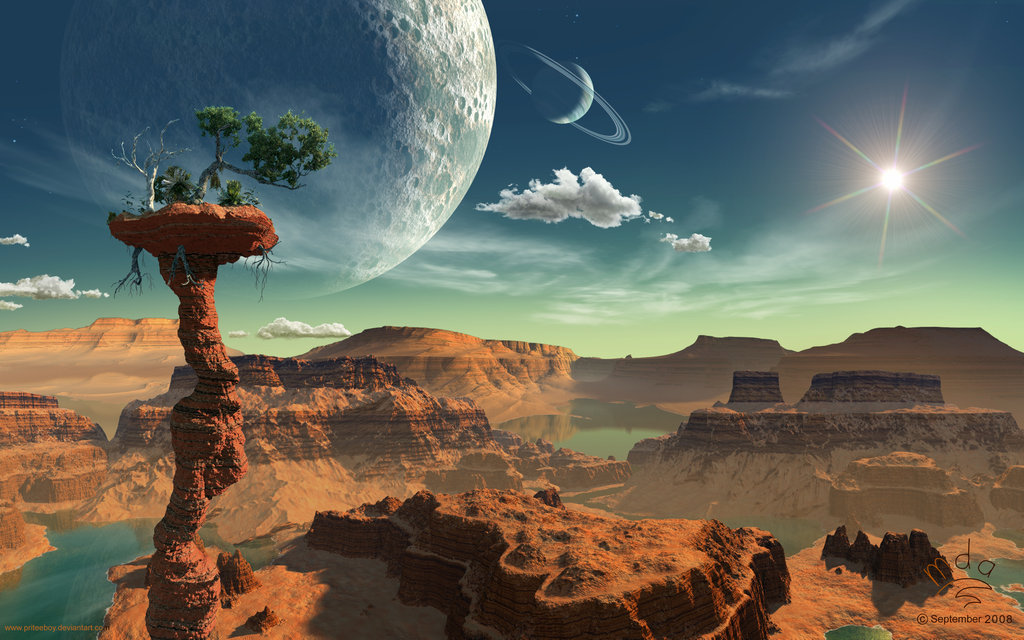 Even more than zakńĀt (corrupted as its theory and practice has become) [1], the beginning and end of RamadńĀn is a neat barometer of the disintegrated unity and fragmentation of the Islamic nation into separate and self-contained factions, each one boastfully pleased with what it has, to borrow the Qur’ńĀnic expression originally applying to the People of the Book, and variously at war with one another.

We have already amply clarified in another contexts that the mashhŇęr of our noble Madinan madhhab, the widely endorsed view, which is also the one backed up by the more cogent proof, all the way from MńĀlik, may Allah be pleased with him and with all the Imams, down to the present time, is that a sighting anywhere in the world binds the totality of the Muhammadan nation, since the Prophetic injunction of sighting the moon (the cause or sabab for entering and exiting the month of compulsory fasting) is not addressed to any specific geographical area or local community.

The absolute or mutlaq, as is well known to the usŇęliyyŇęn, follows the course of its unqualified absoluteness.

Nor is the perfectly intelligible proviso spelled out in earlier epochs, i.e. a distance not as huge as the one between Islamic Spain and Khorasan, to be construed literally in an age where unbelievably fast means of communication connect people in real time in a worldwide net. It simply meant in those days “so long as we may practically have certainty of a sighting”.

That is also the relied-upon (mu`tamad) position in the Hanafńę school, and to the best of my knowledge a high-ranking view in the Hanbalńę school as well.

In a global village like ours (but people’s minds move far more slowly than goods and services do), it is not only a classically prevalent, but also the only feasible and wise, position.

Although unity is not a cherished goal in itself to which other greater priorities should bow, if promoted or achieved through the path of correctness it is no doubt a worthy bonus.

The question that then forces itself onto the stage is:

What stops us from implementing it?

Factionalism, nothing else, the same factionalism that prevents the emergence of a true polity (jamńĀ`ah) and leader (ImńĀm). Factionalism, moreover, creates personalized and vested interests.

In an egotistical age, where few prefer to efface themselves and not to manifest, the “authority” to determine and announce the start and end of RamadńĀn many followers feel bound by is a significant authority few if any of those enjoying it are prepared to forego.

We are not concerned here with the modernist camp, with the so-called “scientist” camp of astronomical calculations. They have done an immense damage already, but theirs is a separate dńęn, so to speak. Devoid as they are of any respect for an entrenched legal methodology linking up the Salaf and the Khalaf, they zig-zag in unremitting bewilderment (This year, in Europe, “betrayed” by their Saudi pursers who have somewhat incoherently retreated into regional sighting, a number of their organisations and mosques, after having announced an astronomically-determined date long beforehand, changed the Festival schedule from 5 to 6 July 2016 at 3h00-4h00 in the morning!).

We are only concerned with the traditional camp in the West.

Let us take for instance WifńĀq al-IslńĀm. Based in the UK, it shares the same ideology as the South African Deobandis.

Interestingly, Mufti Taqi Usmani, who is a very learned person, produced a long paper, uploaded on the www.ahlalhdeeth.com website some years ago, where he espoused the same position we have been advocating, as the balanced way forward for the ummah, underscored as it was by classical jurisprudence across most schools, which he carefully examined.

Essentially, unbothered about defining a predominant Hanafńę view, one making sense in a continent like Europe where most of the time Muslims cannot sight the crescent, the WifńĀq al-IslńĀm personnel have taken the purely ideological position that if the new moon is sighted in South Africa, where their ideological brethren are the authoritative voice, or in Morocco, which follows the same localized, “insular” sighting approach (because vested interests are hard to give up, not because it represents the genuine MńĀlikńę judgment), and which is conveniently “the nearer Muslim country to the UK”), it is accepted and binding on them; otherwise, even if reliably sighted in places a mere stone’s throw away from Morocco or much nearer than South Africa, they jettison the sighting with one excuse or another.

What kind of legal ground is that? What kind of earnest juristic methodology? Is this not playing with the Dńęn in the name of “religious” scrupulousness? Are some people the only pure (“pak”) repositories of Islamic properness?

Turning to the MurńĀbitŇęn World Movement, they have stuck through the decades to the view adhered to by their founder: The only reliable countries we take by in this connection are Morocco and South Africa, for “they have a tried and tested system of verifying claims of moonsighting”.

At the beginning, when the movement was small and mainly confined to Great Britain and Spain, and Muslims in the West were a truly circumscribed minority, following Morocco was an understandable need, whereas reliance on South African sighting is a bizarre oddity, considering that religious authority in the latter country has all along been firmly in the grips of a kind of Pharisee priesthood vehemently dismissive of their own movement.

Be it as it may, the dependence at an embryonic stage on Morocco’s sighting process is no longer warranted by a scenario where the movement has expanded globally, where the ranks of Muslims in the West, including indigenous ones, have swollen by the millions or by the thousands, where knowledge of the classical madhńĀhib, including the MńĀlikńę one, has grown manifold, along with the growth in published material and the number and value of dedicated persons tapping into the sources, and where modern means of communication have dramatically vindicated the prophecy of the Ummńę Messenger, SallallńĀhu ‘alayhi wa-Sallam, of a shrinking world of closely related markets and time zones.

Merely parroting words heard at some point in time, “South Africa is very thorough when it comes to this matter”, “Morocco has an age-long tradition of sending expert moonsighters into the different areas of the country”, and similar such platitudes, can no longer be countenanced in the year 1437 AH.

Stripped of the magical aura that seems to enwrap the founder’s words on any mas’alah, what position is it? Is it a political position? If so, what is the legitimizing ground? Should we not search it in the fiqh?

We were recently told by a marvellous person that the fiqh is not the uniting factor behind people’s convergence into a common course of action; that hearts are united by something else. Fair enough, we are not so naïve as to believe that fiqh alone can bring about a unity that is not there, let alone that it can be imposed from above, as per the destructive practice of modernist Muslims across the last few centuries.

But the fiqh is a cementing force, and if given more free rein, it would be able to coalesce the various MńĀlikńę/classical strands around a common vision and approach.

What we have at present, instead, is this:

Although, ostensibly, the legitimizing ground for the MurńĀbitŇęn World Movement should be the Madinan school of MńĀlik, flexibly interpreted and applied in the contemporary West, on this crucial issue of when the fourth pillar of Islam begins or ends, the ground on which its legal-political position is founded is a factional one: Given that it is the position endorsed by its ideological founder, it is the prescriptive line followed by its adherents year after year, rationalized in a variety of ways, whether or not it is the reliable MńĀlikńę position that could truly help unite like-minded endorsers of traditional Islam around balanced wisdom and correct practicality.

If we cannot bring about this unity, in the middle of the rampant ignorance and devolution enveloping Western Muslims as a result of spiralling modernism (in its Wahhabi, Ikhwani or Perennialist variants), who will do it?

How can we all retreat into our little corners, when the ummah is crying for guidance? 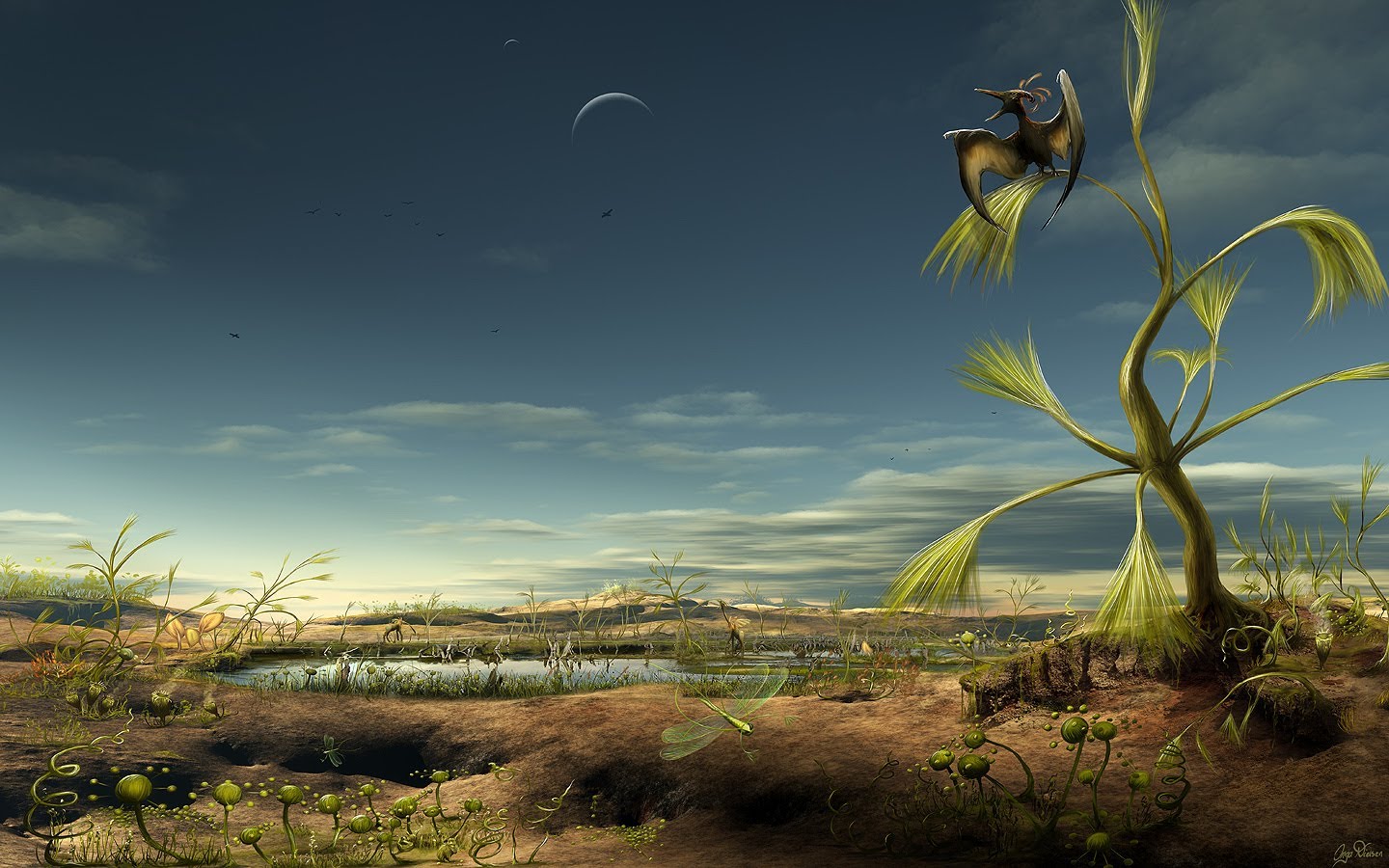 Lastly, I would like to briefly mention the Italian setting.

When I came here, the imam khatńęb of the local mosque, a seeker of knowledge who had inter alia studied with me, launched the idea of a nationwide physical sighting network. Of course, in Italy the crescent is hardly ever visible, due to the geographical location Allah encased the Boot-shaped country in.

Anyway, he announced that there would be a first group of pioneers going to the highest spot in the Puglia region to attempt a sighting of the new moon and report the findings (naturally negative) to the other network members.

Again, the first contours of yet another vested-interest group were being traced: If you join our network, the first of the kind in the Peninsula, we will be the authoritative voice on whether the fast could begin or end, as the case may be, for the subscribers thereto.

In the absence of an authentic scholarship and authentic commitment to the classical fiqh, the said do-it-yourself imam gave a choice between two extremes: either you follow astronomical calculations or you base your determination of the mawsim on actual sighting in Italy alone.

The experiment went messy when a Salafi opponent out-manoeuvred the local imam, staged a coup and sided with the Saudi manipulation of sightings.

A few months later, for ‘ń™d al-AdhńĀ, in an attempt to woo the UCOII (= staunch Ikhwani modernist) paymasters, he forgot everything about the revival of the Sunnah of actual sighting and announced a Festival, based purely on astronomical calculations, on a day earlier than the true day of ‘ń™d.

The next year, trying to revitalize his ill-conceived endeavour to take over the mantle of religious leadership over acolytes of the traditional line, he resumed the barren contraposition between astronomical calculations and exclusively local sighting, despite the said geographical peculiarities of Italy.

A few years down the line from the start of the amateurish experiment, the “Osservatorio Lunare Isalamico Italiano” has not taken the matter any further, and has settled, amid methodological inconsistency and improvisation, with the same partial choice between two extremes, whilst bypassing the only superior median approach of a universal sighting, since it offers no reward of “steering the boat of sighting announcements”, with all the personal power and control that entails.

All the more reason, then, for the Western Maliki Society to try and be a voice of reason that calls lovers of the classical path to transcend their differences and converge into a unity of purposes and directions.

Certainly, a common fiqh is an aid and not an obstacle in the process.

Next year, inshallńĀh, we will have set up a worldwide network to assist lovers of fairness and Madinan medianess on this crucial issue, without of course asking for any personal hieratic benefit. 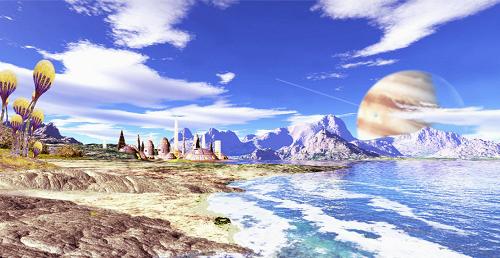 [1] The “fallen pillar of Islam” is, as we know, a nice catchy slogan, but like other ideological slogans, one that is misleading as well. It is in fact premised on the fallacy that “Islam is fine except when it comes to the mu`ńĀmalńĀt”. The truth is that Islam is a single indivisible whole, and all the parts of the edifice, including each of its pillars, suffer the erosion of the last cycle of time, since after all ongoing perfection is not of this transient world.