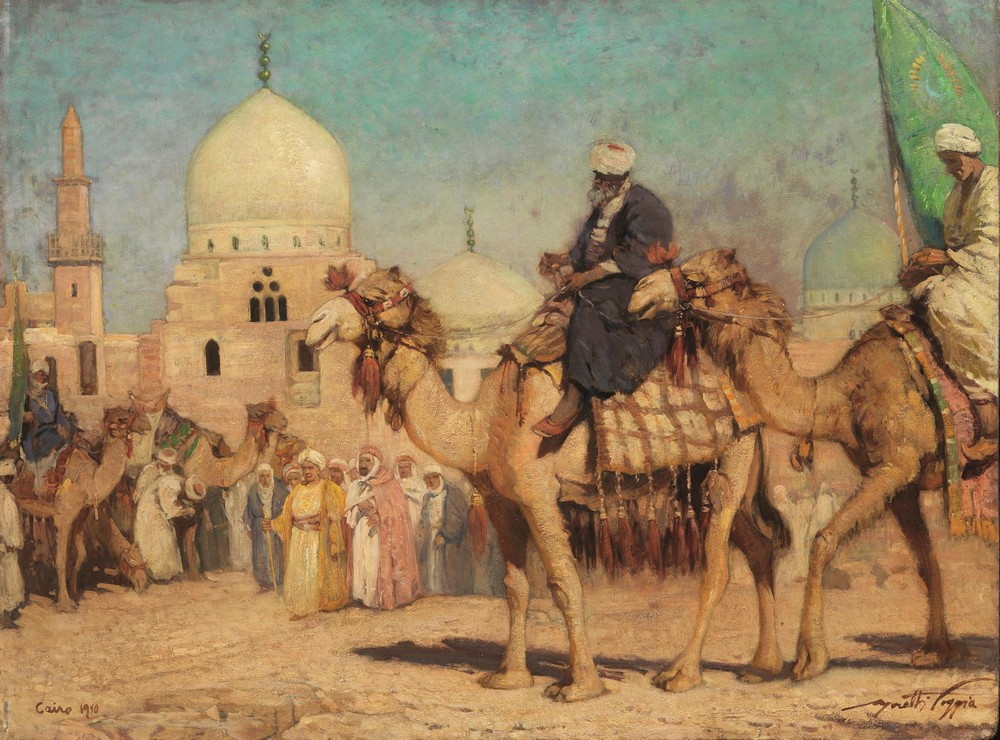 Having previously looked at the two sets of five root-principles each which the MńĀlikiyyah garnered from the Book and the Prophetic Sunnah, we turn now to the investigation of the following four root-principles: Scholarly consensus (ijmńĀ`), analogical reasoning (qiyńĀs), the normative practice of the People of al-Madńęnah (‘amal Ahl al-Madńęnah) and saying by a Companion (qawl as-SahńĀbńę).

It is too well-known a root-principle to require a definition here. All the schools of Ahl as-Sunnah take by it.

Each of the four canonical schools (but not the Literalists) include it as one of their root-principles.

It is to extend to a new case or far` (branch) the textual ruling of an original case or asl, due to the effective cause (‘illah) of the latter being entrenched in the former as well (presence of commonality of the cause between the original case and the new one).

The analogy drawn by modern MńĀlikiyyah between paper currencies/coins and gold/silver in forbidding the mutual exchange of units of the same genus with a time delay or a quantitative discrepancy, based on them sharing the effective cause of price-ness.

The MńĀlikiyyah have a specific approach to the scenario where analogical reasoning clashes with a transmitted report and contradicts it.

This is not the suitable locus to delve into such a ponderous issue in any detail.

Suffice it to say that the MńĀlikiyyah (or their Imam for that matter) do not lend precedence to qiyńĀs over khabar (transmitted report) generally and in an unqualified sense, just as they do not do the opposite either.

Rather, they weigh between the two of them in the light of the evidentiary material and arch-rules provided by the Law. As a result, wherever no other evidence lends preponderance to an analogical reasoning (other than itself, that is), the transmitted report outweighs the qiyńĀs, hence, e.g., MńĀlik takes by the hadńęth that instructs washing a container licked by a dog seven times, even though analogical reasoning would point to the opposite (i.e. discarding action by it), given the ritual purity of dogs in his view. Several other examples reinforce that approach.

Similarly, analogical reasoning would suggest that a woman’s testimony has the same weight as a man’s, as they equally share intellect and taklńęf, MńĀlik takes by the textual ruling to the contrary in SŇęrah al-Baqarah: 282 [Consideration of sameness in terms of intellect and taklńęf is thus deemed unsound and corrupt here].

Principle XIII: Normative practice of the People of al-Madńęnah (QiyńĀs)

The MńĀlikiyyah take as we know by the normative practice of the People of al-Madńęnah (‘amal Ahl al-Madńęnah) established through continuous transmission all the way to the Prophet, SallallńĀhu ‘alayhi wa-Sallam, whether it takes the form of a deed or a saying, an omission or an endorsement.

That is so since taking by such a practice is tantamount to taking by a Prophetic Sunnah and a transmitted report and using it as proof.

That is the position with the accurate verifiers of the truth in the school, such as Judge ‘Abdu’l-WahhńĀb al-BaghdńĀdńę, Judge ‘IyńĀd al-Yahsubńę from Ceuta or his fellow Andalusian or al-BńĀjńę.

It might be that the transmission handing down such a practice is a continuous multiple one (tawńĀtur), as in the case of determining the sńĀ` and mudd, the phrases in the call to prayer (adhńĀn), with their reiteration unlike the iqńĀmah except for “qad qńĀmatis-salńĀt”, and omitting audible recitation of the basmalah in the obligatory prayer, or is founded on one-from-one narrations, as with the said exemption of the tawliyah, shirkah and iqńĀlah from the prohibited category of selling food before taking possession thereof

MńĀlik was once asked about the hadńęth on reciting the takbńęr four times in the adhńĀn (after initially reciting them softly), ‘Is it sound?’, so he replied in the affirmative. ‘Why don’t you then take by it?’, the questioner said, whereupon MńĀlik famously replied, ‘I do not know what is the adhńĀn of one day. This is the Mosque of Allah’s Messenger, SallallńĀhu ‘alayhi wa-Sallam, where the call to prayer is given from his time until ours five times a day, none of the Companions or Followers having been mentioned as refuting this way of giving the adhńĀn.’

As reported from him by IsmńĀ`ńęl b. Abńę Uways, MńĀlik clarified his terminology pertaining to this root-principle of the Law as follows:

Transmitted reports backed up by practice are granted preference by the MńĀlikiyyah over other reports.

If practice and transmitted report clash, a distinction is drawn between:

- Normative practice established by transmission, which is lent preference over the conflicting report (and over analogy as well) due to its preponderant probative weight, inasmuch as such a practice is a mutawńĀtir report, handed down by a bulk from a bulk, unlike one-from-one narrations. It avails certainty, whereas one-to-one narrations only avail a preponderant thought, i.e. a balance of probabilities, whence Rabńę`ah ar-Ra’y’s celebrated phrase, ‘a thousand from a thousand is dearer to me than one from one’;

Practice established by other than transmission (i.e. by intellectual effort or ijtihńĀd), which is not lent preference over the conflicting report unless it is rendered weightier by some other corroborating element. The latter type of ‘amal is not a proof according to the accurate verifiers of the truth in the school, and is subject to judicial evaluation of evidence along with the rest.

Not every statement by a Companion is of course legal proof for the MńĀlikiyyah.

The meaning of this source of law is more specific.

Al-BńĀjńę wrote that the saying of one Companion that did not achieve renown and widespread dissemination was not a proof. It might in fact be a specific fatwńĀ.

Conversely, if his statement took place before a sizeable number of Companions in attendance, it spread around widely to an extent that it could not be occulted from the knowledge of people, and none of the other Companions opposed it, it is a proof; nay, the MńĀlikiyyah consider it part of ijmńĀ`.

That is why the MńĀlikiyyah acted by what has been transmitted from Ibn ‘Umar, may Allah be pleased with him, as reported in Sahńęh al-BukhńĀrńę, which is to the effect that he said: I have seen people during the lifetime of Allah’s Messenger, SallallńĀhu ‘alayhi wa-Sallam, purchase food juzńĀfan (= in a lump, where one of the countervalues is roughly determined by mere viewing), who are beaten up if they resell it at once before taking them to their saddles.’

In a similar vein, they acted by Ibn ‘Umar’s statement about the man who simultaneously pronounced an insult upon three of his wives by likening them to a prohibited relation of his (zihńĀr), ‘Only one expiation (kaffńĀrah) is binding on him,’ since this statement, like the previous one on sale of food juzńĀfan, was widely known to his fellow Companions, who expressed no dissension.

When the Companions differed inter se between two contrasting views, it is impermissible to uphold a third view, since their limitation to two views only is equated to an ijmńĀ` on that.

Accordingly, the MńĀlikiyyah used as proof ‘Alńę’s, may Allah be pleased with him, saying: ‘Part of the Sunnah is that a free man is not killed as retaliation for the killing of a slave” (Reported in Sunan ad-DńĀraqutnńę).

As for the saying by a Companion, ‘We used to do this,’ referring to what is such that, not being widespread, might be hidden from the knowledge of the Prophet, SallallńĀhu ‘alayhi wa-Sallam, it is not a proof establishing the ruling in a matter.

Example (stressed by al-BńĀjńę): The saying by one Companion: ‘We used to have intercourse, without passing sperm, without taking the full ritual bath afterwards.’ 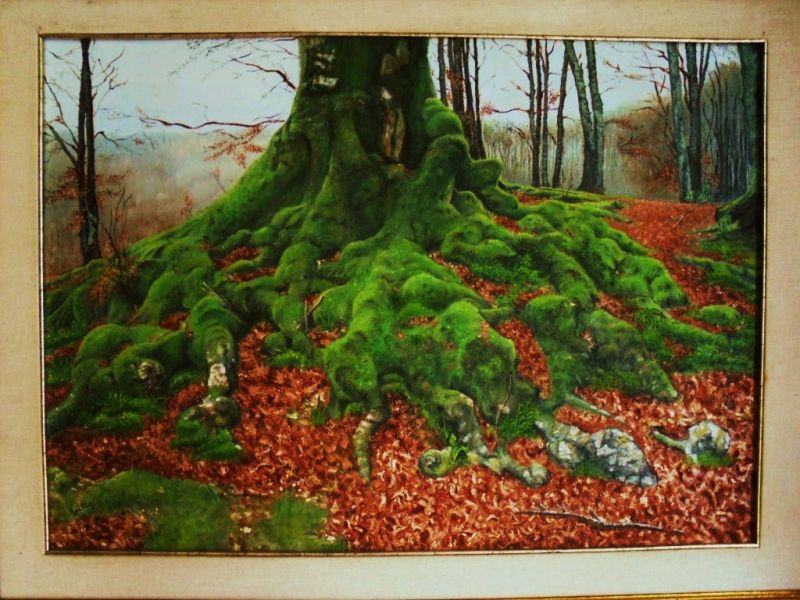