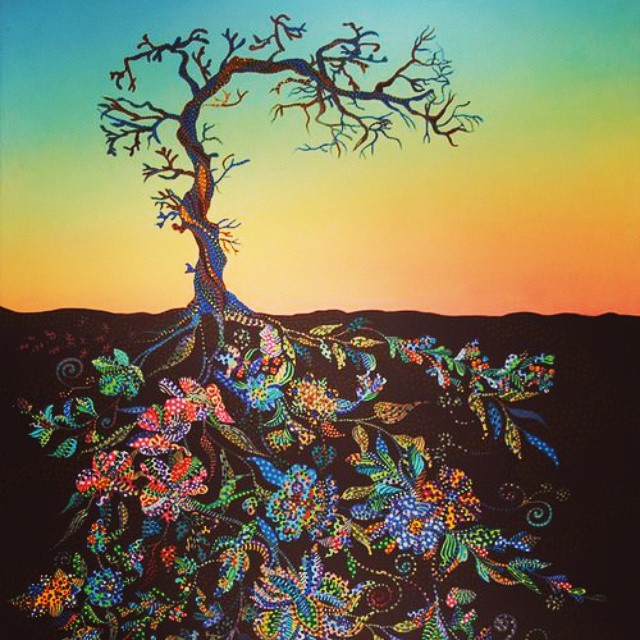 Last time we examined four root-principles on which the MƒÅlikiyyah inter alia built their methodology: Consensus of scholarly views, analogical reasoning, the normative practice of the People of al-Madƒ´nah, and the saying by a Companion.

In this fourth instalment, we are to going to deal with juristic preference (istihsƒÅn), custom and usage (‘urf and ‘ƒÅdah), and considerations of public interest not explicitly ruled upon in the Law (maslahah mursalah).

It is to set aside an established analogy in favour of an alternative ruling, based on a specific evidence linking the mas’alah to other than its analogical equivalents.

This alternative ruling is in fact what serves equity better.

1.     As emphasized by Ibn Rushd the Grandfather in “Al-MuqaddimƒÅt al-MumahhidƒÅt”, the root-position concerning artisans and manufacturers is that, being trusted hirelings, they should not be liable for the loss, damage or destruction of third party’s property in their hands (leaving aside the scenario of wilful misconduct). The Prophet, SallallƒÅhu ‘alayhi wa-Sallam, has in fact exempted hirelings from the obligation to make good such property, and analogy with the category of hirelings, under which artisans and manufacturers generally fall, would extend that exemption to them as well. However, on the basis of istihsƒÅn or juristic preference/equitable consideration, artisans and manufacturers have been excluded from the scope of that root-judgment and made liable for third party’s property lost, damaged or destroyed whilst in their possession (so long as evidence of someone else’s liability is lacking) to protect the public, in need of approaching them, from an ordinary occurrence.

2.     IstihsƒÅn permits looking at a person’s private parts for a compelling medical reason (which strict analogy would otherwise forbid).

3.     The admissible testimony or appointment to a public post of the person with the highest degree of integrity at a time and place where not even such person satisfies the requirements of legally recognized integrity is another application of the principle of istihsƒÅn away from analogical strictness (that would necessitate his non-eligibility for appointment or the inadmissibility of his testimony).

4.     If x sells y an article for 100 payable in one month’s time and then buys it from y for 200 payable in two months’ time, analogy would demand the lawfulness of the sale and the purchase, being respectively a deferred sale and a deferred purchase in a permissible outer form like the rest of deferred sales. This analogy, however, is deviated from due to the existence of a specific contrary evidence, namely, that the article entering and exiting the contracting parties’ hands is no more than an insignificant medium, a fiction camouflaging the fact that it is still in the possession of the original vendor, who actually receives 100 after a month and takes the article back for 200 after two months, which is sheer usury: as a result, an alternative ruling substitutes for the one dictated by analogical reasoning.

This principle is based on the fact that, the Revealed Law being endowed with flexibility, certain judgments thereof are susceptible to change as times and places change.

Custom is what is rationally entrenched in people’s souls and accepted by sound temperaments (thereby excluding, on that ground alone, the fungible of bank money leased to humans at interest).

It is as such contrasted with ijmƒÅ`, since custom consists in what people, whether elite or commonality alike, conventionally concur upon inter se, whereas ijmƒÅ` consists in the agreement of all the legal experts (mujtahid≈´n), and only them, and is binding on all creatures, unlike custom that only binds those who have concurred upon it.

‘Amal Ahl al-Madƒ´nah is a form of Sunnah endorsing people’s customs as transmitted by a bulk from a bulk. No wonder, then, that ImƒÅm MƒÅlik recognized customary practice, too, as a source of the Law.

What rulings, however, involve the application of custom?

As we stated, only those that are susceptible to variation through changing circumstances of time and place. If people collectively approved usury or customarily engaged in treachery, gambling or bribery, that would not affect Allah’s immutable judgment on them, the Dƒ´n having already been perfected in all its essentials.

Put it differently: Custom and usage, contrary to a fashionable approach promoting excess generalized leniency among modern-day Western MƒÅlikiyyah, have a say only in respect of other than firmly entrenched principles and explicit texts availing conclusive proof.

Custom is acted upon on two conditions:

1.     It is exclusive to man-to-man transactions (mu`ƒÅmalƒÅt), without entering at all the arena of doctrinal beliefs (‘aqƒÅ’id) or acts of worship (‘ibƒÅdƒÅt), which are immutable realities transcending temporal or spatial contingency. Borrowing a leaf from ImƒÅm al-QarƒÅfƒ´’s expression, the condition is “that the judgments must have emanated from a viewpoint of rulership and politics, not from a viewpoint of conveying the Message and fatwƒÅ”.

2.     The arch-rules and the particularized masƒÅ’il settled by explicit textual authorities from the Qur’ƒÅn or the Sunnah which the Lawgiver has not qualified by an effective cause, are not susceptible of ijtihƒÅd varying or substituting them, whether they relate to acts of worship or to man-to-man transactions, obligations, prohibitions or neutrally permissible matters, such as the fixed shares of inheritance, the compulsory expiations, the prescribed penalties for some offences, e.g. adultery and slander, the prohibition of gharar (material want of knowledge of one or both of the exchanged countervalues), etc. If particularized masƒÅ’il are founded on explicit textual authorities linking the judgments thereon to an effective cause (‘illah), the judgments might vary as the effective cause varies in terms of existence or otherwise and in the light of changing circumstances of time and place. Thus, the Prophet, SallallƒÅhu ‘alayhi wa-Sallam, as the Lawgiver, linked the prohibition of Hashemites receiving zakƒÅt to its status as people’s dregs, given that Allah had replaced it for them with a share in the spoils of war; as receipt of that share came to an end, a share in zakƒÅt had to be restored to them in later epochs.

Examples of legal application of custom or usage:

1.     If a proprietary dispute arises and independent corroboration is lacking, custom and/or trade usage would assign a book to a scholar and a saw to a carpenter, as they are customarily tools used by members of each such profession respectively.

2.     People’s knowledge inter se of what constitutes a defect in a sale article and what does not.

4.     The determination of actionable marital harm.

5.     People’s distinction between advance and deferred dowry, if any.

6.     The determination of engagement gifts.

7.     The nature of a sale as cash or credit or the terms of payment (weekly, monthly, bi-monthly and so on).

None of these actionable customs or usages (and we could go on for pages) entails an amendment to the Lawgiver’s address laying down commands and prohibitions, which remains unchanged.

A customary stipulation is as entrenched in a contract, for the MƒÅlikiyyah, as an explicitly worded one.

It is also known as istidlƒÅl or inference from evidence. This is the working field of mujtahid≈´n.

Maslahah means interest, benefit, what has wholesomeness in it. Its plural is masƒÅlih.

There are three categories of masƒÅlih:

1.     What the Law has given explicit consideration to. Here, the appropriate description the legal judgment has been made conditional upon is one the Lawgiver has explicitly paid regard to, such as the description of intoxication founding the prohibition of khamr. The Prophet, SallallƒÅhu ‘alayhi wa-Sallam, has in fact said: “Every intoxicant is khamr” (Cf. Sahƒ´h Muslim); or such as the lawfulness of sale, the permissibility of marriage and the prohibition of fornication. This is a type of maslahah unanimously paid regard to.

2.     What the Law has discarded. . Here, by contrast, the appropriate description the legal judgment has been made conditional upon is one the Lawgiver has explicitly denied recognition to. Examples are the interest of a suffering individual or a terminally ill person in putting an end to his own life and find relief from his pain, that being discarded by Allah’s statement: «And do not kill yourselves. AllƒÅh is most merciful to you» (S≈´rah an-NisƒÅ’: 29); the interest of an infertile couple in a third party fertilizing the man’s sperm cells and gifting them offspring thereby; establishing gender equivalence in the fixed shares of inheritance, in the production of testimony in court or in the imamate of prayer; the maslahah of women or a societal model in banning polygyny, etc. A good modern work on this type of maslahah, the discarded interest or maslahah mulghƒÅh, is by N≈´rud-Dƒ´n MukhtƒÅr al-KhƒÅdimƒ´.

3.     What the Law has neither paid consideration to nor discarded: this is the sphere of the maslahah mursalah. That is so as the description on which the legal judgment is founded is one for which the Law has provided no specific evidence either way, i.e. in favour (taking it into account) or against (discarding it), yet paying regard thereto attracts a benefit and repels a harm.  Examples: The prohibition of hoarding at times when people are in need of some items; the admission of testimony by pre-puberty children, before they disperse, when they are privy to violent events; the Companions’ demarcation of 80 lashes for slanderers, etc.

Next instalment, Allah the Exalted willing, we will conclude this brief excursus by shedding some light on the remaining three root-principles: Blocking the means to probable evil (sadd adh-dharƒÅ’i`), presumption of continuity (istishƒÅb al-hƒÅl), and partial adopting of the evidence corroborating the juristic opponent’s view (murƒÅ`ƒÅt al-khilƒÅf).