We can all clearly see that the condition of the ummah is distressing.

As we emphasized more than once, what is missing within and among Muslims is not īmān or ihsān.

When we say “Muslims” we mean the mainstream Muslims or the qualitatively superior Muslims who can make things happen within a larger circle.

Their beliefs are generally pure. In spite of corrupt doctrines from such as the “Salafi” camp, Muslims are not going wrong about confirmation of the truth on unseen realities. There is no major shirk or massive zandaqah of a doctrinal nature [There is a growing tendency to accept the “brotherhood” of Jews, Christians and human beings generally, which is the result of outward capitulation = Islam caving in under the pressure of cohabitation with hegemonic alien nations. That is a fruit of Islam receding; it is not the fruit of īmān disappearing].

It follows that, while every effort to tap into our classical sources and reinstate the primacy of Ahl as-Sunnah beliefs (as embodied largely by the Ash`ariyyah and the Māturīdiyyah) are laudable and should be broadly encouraged, excessive engagement in the field misses the point. There is a red herring at work here:

·        The “Salafis” contend that the ummah is down because the ‘aqīdah of Muslims is rotten (though as we know it is their ‘aqīdah which is openly unsound).

·        They call Muslims all over the world, with the power of their ubiquitous support structures financed by ill-gotten petrodollars, to return to an alleged pristine belief of the Salaf as a remedy for the wrongly diagnosed ailment.

·        The Muslim scholars and devotees of knowledge holding onto the Ahl as-Sunnah ‘aqīdah fall into the trap of believing that, by combating and hopefully overwhelming the “Salafis” in their own terrain, they would turn the tables around and rid the ummah of what holds it back.

·        This gallant reaction is however premised on accepting the analysis of the “Salafis” that ‘aqīdah is where the problem lies, where the surgeon’s hand needs to intervene.

·        That is however untrue. It is in the outward, where Islam operates, that the dysfunction has its source. We thus have endless evangelical undertakings by the “Salafis” and manifold manifestations of over-reaction to their propaganda by well-meaning paladins of Ahl as-Sunnah.

·        Action occurring at the crucial springhead, which is submission in the outward, accordingly languishes.

It is not ihsān where the cause of the misalignment is traceable.

Yes, once again the puritanical extremists have denounced Sufism, and the same noble desire to defend the truth from their onslaught can be discerned in this connection.

However, while outer submission is hijacked, there is no doubt that we have an over-demand and over-supply of ihsān.

Every second or third person aspires to be a novel Rūmī or Rābi`ah al-‘Adawiyyah. The per capita density of Sufi paths is seemingly the highest ever in history. It is impossible to keep count of the myriad turuq with their spiraling ramifications.

Here, too, a lot of good work is being done to allow positive energies flowing into the blood of the ummah, without which we would all be worse.

Nevertheless, the malady is elsewhere and the remedy should pay heed to that fact.

Obsession with the roof, with the upper section of the house, ihsān, while the foundations underlying the same edifice are corroded, is delusional error. It is a serious error of judgment, and we cannot afford that luxury.

Moreover, the inability to actualize submission, which is the essence of our Dīn, is visibly exacerbated by the influence wielded by proliferating turuq. When the guides speak, they speak about everything, including Law and politics, and their disciples feel compelled to follow them in everything and mould their understanding and practice thereby.

When an effort is then made to attack the cause of the malady at its source (the outward, the station of Islam), any therapeutic expert rooted in the classics often finds the space occupied by a-critical endorsement of whatever guides instruct and propagate, even if it conflicts with the truth of Islam.

“My shaykh views things differently”, is an oft-encountered disabling refrain.

That is itself a vast subject we have been tackling in different guises through our writings, lectures and so on.

When we embraced Islam, we still lived in an epoch where people wanted to transform the world. There was an abundance of positive energies.

It was the epoch which emerged from the youth movements of the 60’s, from the search for higher spheres of consciousness.

We were interested in making an impact, in being meaningful agents of change and revival.

We were interested in joining knowledge with action, in interlacing the two of them in a single thread of transformative ethos.

There was the modernist camp, part of which branched into underground rebellion. There was Black empowerment in the United States. There were newly emerging ideological movements which inspired Muslims from non-Islamic environments to act out what they learnt.

Unfortunately, that is no longer the prevailing picture in the so-called “West” as generically understood.

The failure of those movements, and their theses of viable societal regeneration, had no doubt played a contributing role, but it cannot suffice as an explanatory factor.

Every age has an element which preponderates in it. It holds sway over humans and their choices in life.

This age has self-centeredness at its core. Egocentrism breeds selfish greed and meanness.

In the age of humanism, the human being adores himself.

It is the age of the image, of the monitor-mirror reflecting the self-pleased face of the human being who has earned fame, charisma and audience.

When we embraced Islam, we were interested in knowing Islam and seeking to implement it.

We knew all we needed to know on the issue.

We stayed away from it unquestioningly.

We moved onto other urgent things to learn or do.

It is no longer that way.

Muslims in the “West” (strictly in inverted commas as a most imprecise and misleading term) have degenerated very rapidly since the days we came into the Dīn.

There is a cornucopia of little knowledge, and scarcity of deep understanding or blessed ignorance. The fiqh, the science of outward submission, is a toy to play with, a young scientist’s laboratory kit.

At first there was the compulsive demand for “the evidence”, the dalīl.

I want to know how it works internally.

I will never be a bio-engineer or master in town planning, I lack the skills, but Islam is my home, my pasture, I am qualified.

I cannot interject a neurosurgeon prescribing me my post-operation program, but I’m eligible to be admitted to the academy of fiqh as peer among peers, as democrat among democrats.

Then it became even darker.

Hardly anyone bothers whether the thousands of sales or leases he enters into daily, weekly or monthly are legitimate and healthy, the old dreams of transforming individuals and communities according to Madinan or Sokoto models have been shelved away as unsuitable to the dictates of modern-day ease and convenience, but a morbid search goes on for the most anomalous rulings to suit one’s desires.

In the age of technique and surplus knowledge at the click of a mouse, there is a constant market flow of secondary rulings. Clients demand and self-styled muftis, shuyūkh, teachers or experts provide non-stop. One day this jetsam of ego-serving material will be washed ashore for posterity to learn by our errors and horrors.

Do you know that there is this minority report from Imām x or this subsidiary narration in madhhab y which takes a permissive approach?

The person asking wants to find juristic permission for his deviancy, exactly like the Talmudic Pharisees did with the Torah and its beneficial norms, or he wants to waste life away by delighting in the by-ways of fiqh as part of a cultured group of initiates, whose energies all move inwardly and die (egotistically) inside.

The scholars serving him the cerebral nourishment he seeks, by their research into such by-ways, are building for themselves a celebrity image, with its sickening cult sprouting around it.

A grotesque mask has taken over the study of the Law and its practice; and a disorderly personality has been enthroned within its precinct, one whose features we would have never suspected in the decades between the 70’s and the 90’s, before devolution escalated at a bewildering speed.

Life was simpler and better thanks to that submission.

Yes, in the control room some eligible savants manned the Law. They studied it in-depth, they knew its odd or peripheral rulings, the marginal reports, the inessential narrations, how they compared with the primary material, they guarded the salutary core which ordinary Muslims were required to act upon, and made it possible for them to relish engrossment in transformative projects aimed at revitalizing the Dīn and its ummah.

Clearly, the resurgence of Islam cannot pass through the disturbed psyche of the Muslim of fresh coinage depicted by us here: the pharisaical mini-jurist triturating the masā’il of fiqh to adapt it to his desiderata or turn into a pastime and an end in itself.

The wider this phenomenon spreads, the less oxygen will be available to the planters of the good word of Islam, from whom hectares of fertile existential soil is continuously subtracted.

In our companion writing, “A Whiter Shade of Pale”, we will analyze the other derailment, the one which took place among those Muslims who had passionately embraced the said transformative ethos.

Success is by Allah. 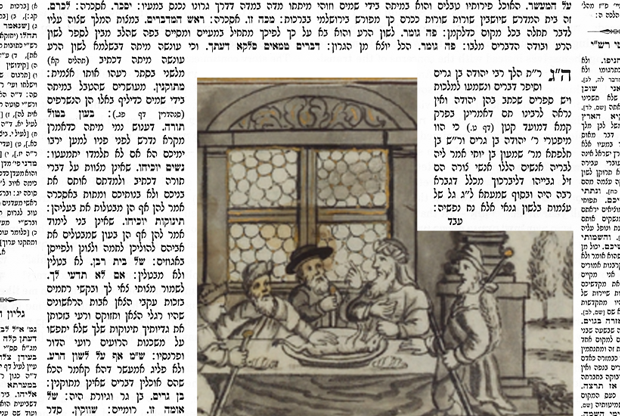