Prayer aboard a plane 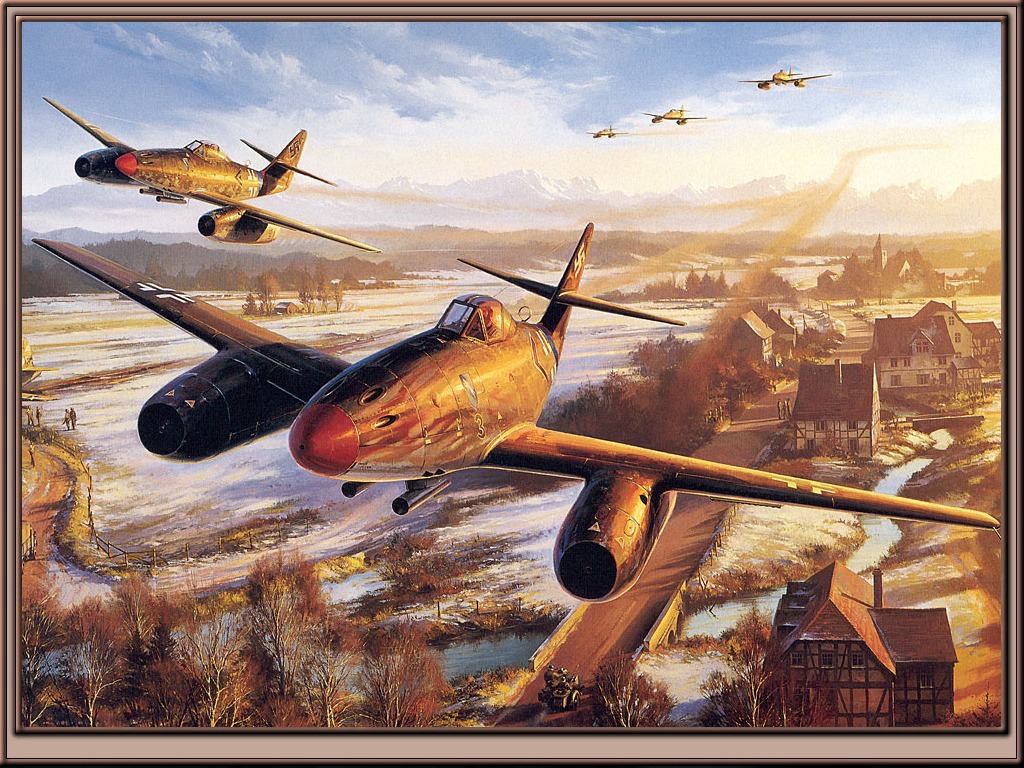 Is it true that prayer aboard a plane is invalid according to MńĀlikńę principles?

Our readers will no doubt concur with us on the fact that, self-evidently, Muhammad SukhńĀl al-MajjńĀjńę is one of the most insightful and methodologically precise MńĀlikńę jurists of our age.

Yes, because there are still commendable scholars upholding and rejuvenating the classical path of savants from the Islamic West.

We thus deemed it useful to offer to the English-speaking readership, for the very first time (to borrow a commonplace marketable ploy from our Rum-dominated utilitarian world), an informed legal opinion on whether prayer performed aboard an aircraft is invalidated by the root-principles of the MńĀlikńę school.

Here is the text. Any inadequacies in the translation should be laid squarely at my door:

“The praise belongs to Allah, the Lord of the worlds.

May Allah send prayers of blessing and salutations of peace on our Prophet Muhammad, on his family and all his companions.

One of the virtuous brothers asked me about the legal judgment on performing the prayer aboard a plane: it is true that the MńĀlikiyyah’s fatwńĀ on the matter is to the effect that it is voided of validity?

Searching for an answer to the question necessitated me exploring whether any recognized MńĀlikńę jurists who lived during the age of air flights issued a fatwńĀ to the said effect, for me to understand the basis upon which he built his fatwa, if any, invalidating prayer on a plane.

In that work, he issued the legal opinion (fatwńĀ) that prayer on a plane is voided of validity. He built it on an unsound understanding of one of the conditions of prostration, to be comprehensively elucidated by us hereunder, Allah willing.

“As for prostrating on what is not attached to the ground, such as a hanging bed, there is no dispute as to the fact that it is invalid [End of quotation from my father, Shaykh Husayn b. IbrńĀhńęm al-MńĀlikńę].

That is so because prostration on something detached from the ground is not a prostration recognized by the Law, inasmuch as the reality of prostration, as you are no doubt aware of, is to perform it on the ground or something attached thereto. A hanging bed, conversely, is detached from the ground. A fortiori, the prostration of someone aboard a plane, which is a common occurrence nowadays for people travelling to far-away places, engaging there in either an obligatory or a supererogatory prayer while facing the qiblah, is to be deemed invalid, a position unanimously held.

What vexed me was the proposition that it is a condition of a person’s prostration that the place thereof be attached to the ground in order for his player to be valid.

I deliberately searched for the juristic locus expected to provide the support for the alleged condition, resulting in the fatwa that invalidates prayer on a plane.

What I found was that its foundation was traced to an erroneous understanding of the technical definition given to prostration by some late scholars (of the MńĀlikiyyah), and of the inescapable conditions for prostration, which alone do justice to its meaning and failing which prayer is not valid.

Let us explain that:

The Shaykh of the MńĀlikiyyah in his times, Muhammad b. ‘Arafah al-Warghamńę at-TŇęnusńę, the ImńĀm, savant and public orator of Tunis (d. 803 AH), thus described prostration (in his work Al-HudŇęd, published together with its commentary by ar-RassńĀs):

“Touching the ground or what is attached thereto in terms of the surface of the prostrating person’s place, such as a bed, with one’s forehead and nose.”

The definition of prostration, failing which a prayer is invalid, is for a person to touch, with his forehead and nose, either the ground, if he is praying directly on it, or the surface on which he is praying, provided it is attached to the ground, such as the bed which is attached thereto via its legs.

This definition necessarily evokes a number of circumstances, the answer to which might be inferred from some of the riders provided by Ibn ‘Arafah or might be drawn from derivative rulings, linked to this mas’alah, that are mentioned in the large-size MńĀlikńę texts where a detailed treatment is of the judgment pertaining to prostration is provided.

Explanatory examples of that are the following:

This is the condition Ibn ‘Arafah referred to by his statement: “Touching the ground or what is attached thereto in terms of the surface of the prostrating person’s place, such as a bed, with one’s forehead and nose.” What he meant was not the ground in itself, with the result that prayer would only be valid on it or on what was attached to it, as understood by those issuing a fatwa to the effect that prayer aboard a plane is invalid. What he meant was, rather, the surface on which he prays, whether such surface be the ground, a ship or a bed, the back of a building, a room or something else. Whenever, therefore, he touches with his forehead and nose the surface he is praying on, or another surface attached thereto, which is not substantially higher in level than it, he has validly prostrated.

“As for prostration on what is detached from the ground, such as a hanging bed, there is no disagreement as to its invalidity, as stated earlier, i.e. in the scenario where he is not standing on that bed, for then the prostration would be valid, exactly like the prayer of someone on a litter.”

If, as in the said scenario, praying on a hanging bed might be valid, the condition that the place a person prays upon should be the ground itself or something attached to it is invalidated, and with it the rationale for stating that prayer aboard a plane lacks validity.

If, moreover, the condition that the place of a person performing the prayer has to be attached to the ground as such was true, prayer aboard a ship would be invalid, given that a ship is carried upon water, which is a liquid the parts whereof are in motion. It would be incorrect to say that a ship is attached to the ground via the water, the way a bed is attached to it through its legs. The legs of a bed, in fact, are firmly embedded in the ground, whereas the parts of the water connected to the ship are not firm, and by the motion of these parts the ship moves, floating above the surface of the sea, whereas, if it were to stride onto stagnant water, the ship would grind to a halt, becoming firm through the firmness of the ground lying underneath it: then, and only then, it would be correct to say that it is attached to the ground via that stagnant water.

There is, accordingly, no basis for advancing the unnatural allegation that the airplane is attached to the ground through the air beneath it, for us to treat it analogously to the ship when extracting the legal judgment to be passed on the prayer performed on it.

Likewise, if a condition existed that the place a person prostrated upon had to be the ground  itself or something attached to it, the guiding scholars of the madhhab would have explicitly said so in their books, when dealing with the pillars and loci of the prayer. I did not however find anything of that kind in the books I have consulted, such as Al-Mudawwanah, An-NawńĀdir (wa az-ZiyńĀdńĀt), Al-BayńĀn (wa at-Tahsńęl), Al-MuntaqńĀ, Ibn ShńĀs, Ibn al-HńĀjib, Khalńęl and so forth. If it could not be found in the like of these books, where else could such an important condition, on which the validity of the prayer depended, be expressly mentioned?

Likewise, if it is in fact true, as some contend, that the aforesaid condition exists, with the result that prayer on a plane is void due to such condition being infringed, and if the duration of the flight spanned the whole time of a prayer or pair of prayers (with overlapping times), e.g. the plane took off before dawn and landed after sunrise, or took off prior to the sun reaching its zenith and landed after sunset, which ruling should be assigned to the prayer of that traveller? Would he be exempted from performing that prayer or pair of prayers despite being capable of performing it or them, having fulfilled all its conditions, ritual purity, covering his private parts, facing the qiblah as best as he could? We know, in fact, that the obligation to pray does not fall away save if one of the conditions of its obligatoriness is not met, as a result of such as insanity or the onset of menstruation, or if he lacks what he attains ritual purity by in terms of one of the four views on the mas’alah in the school. Or is it that he defers it until its time has elapsed, which is a ruling unsupported by any principle of the Law, save for the allegation of Asbagh b. al-Faraj to the effect that a person lacking either form of ritual purity [ablution or tayammum] makes up the prayer thus missed after he acquires either one of such forms?

It is thus clear from this analysis that the safest approach, which is also the one best conforming to the root-principles of the Law, that require prayer to be performed on time, according to what circumstances and capability permit, is for a person boarding a plane to perform the prayer at its appointed time, standing and facing the qiblah, or, if unable to stand, sitting: he would then go into bowing and prostration while seated, failing which he would hint at their respective acts. It would then be recommended for him to bend lower when prostrating than when bowing, exactly like a sick person would do. If unable to face the qiblah, he should turn to the direction that is easy for him to face, by analogy to the prayer aboard a ship.

Success is by Allah. He knows best about the truth, and to Him is the reference and the final destination. 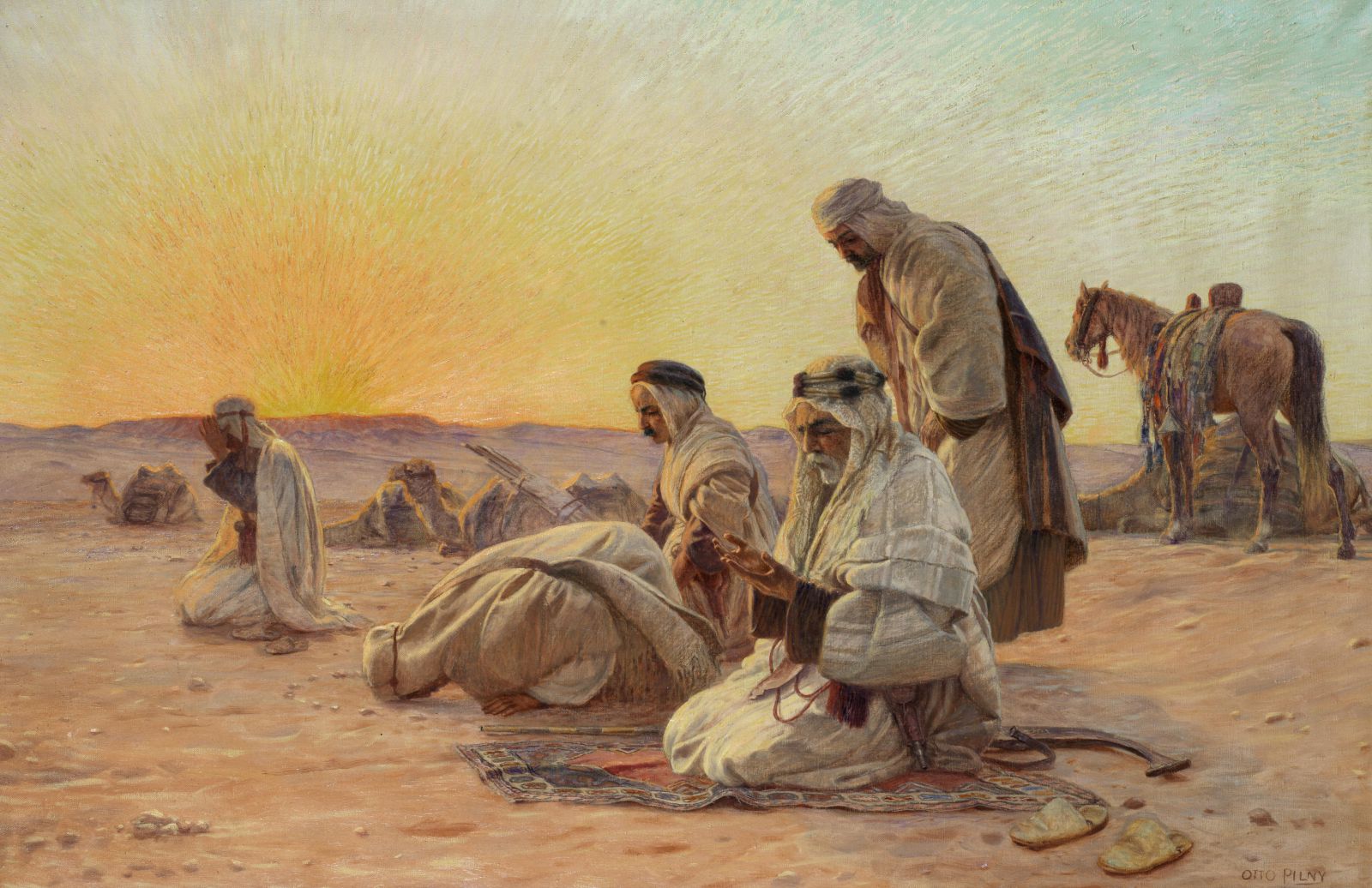 [1] It is normally published together with Al-FurŇęq.

[2] His statement indicates the dual fact that hands a) are not part of the limbs covered by the obligatory essentials of prostration, and b) are placed where forehead and nose are placed. MńĀlik related from NńĀfi` from ‘AbdullńĀh b. ‘Umar that when prostrating the latter would place his hands where he placed his forehead. NńĀfi` added: ‘I saw him on a very chilly day. He pulled his hands from beneath a burnus he was wearing and eventually placed them on some pebbles (See Al-Muwatta’: Book of shortening the prayer during travels / Placing the hands where one places the forehead in prostration).