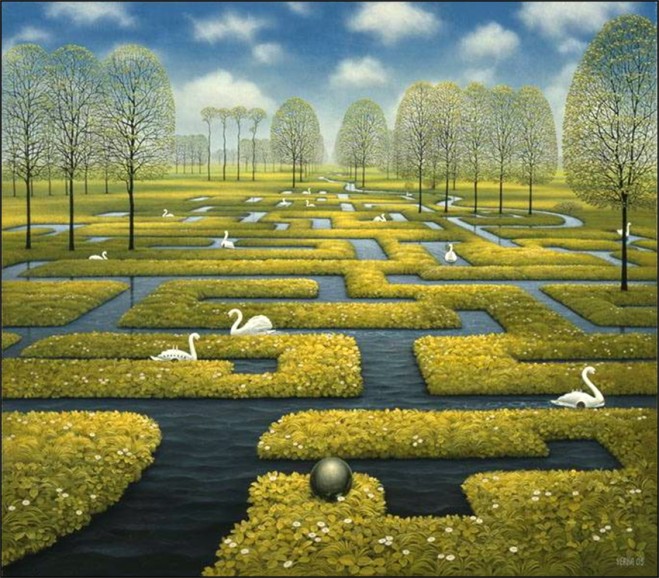 It is that time of the year again, when long hours of abdominal suppression fade into an explosion of colours and flavours.
Our commis chef has prepared for us this exquisite novel dish blending sapient ingredients:
Hermaphrodites’ gender is scrutinized by a Tunisian microscope, while love chains and vibrational healing cascade refreshingly on our atrophied souls

A musalsal hadﺅﺙth is one in which all the transmitters share a particular attribute or state, here the attribute of love or the state of mutual lovers, or one in which they all share a common narrative attribute, i.e. an attribute which is common to all the different narrative segments related by them.

Journeying from East to West, we meet midway the noble jurist Abu’l-Hasan al-Lakhmﺅﺙ, who gifted us some writing on hermaphrodites we are going to read out to you after we reach our final destination, Morocco.
In Fez, ‘Allﺅ·mah Muhammad b. al-Hasan al-Hajawﺅﺙ ath-Tha`ﺅ·libﺅﺙ, whose index is titled Mukhtasar al-‘Urwah al-Wuthqﺅ· fﺅﺙ Mashyakhah Ahl al-‘Ilm wa at-Tuqﺅ·, mentioned to us a scholarly license received in a dream (ijﺅ·zah manﺅ·miyyah):

“Notwithstanding companionship, beneficial tutorship and close interaction, I received no scholarly authorization from Abﻊﺙ Ahmad Muhammad b. Qﺅ·sim al-Qﺅ·dirﺅﺙ al-Hasanﺅﺙ al-Fﺅ·sﺅﺙ. True, he handed me some of the printed books he had authored, but no more than that.
I then saw him in a dream, one Tuesday night on 8 Jumﺅ·dﺅ· al-ﻊﺕlﺅ· 1349 AH, and I realized that he had died.
In the dream, I mentioned to him that I was eager to receive a scholarly authorization from his person, so I hanged onto him and said, ‘You must grant me a general scholarly license’.
He sat down, and I sat next to him in a disciplined posture. He then said to me, ‘I have granted you a scholarly authorization to relate all my transmissions and whatever I have learnt from my teachers, as well as the totality of my books. The license I’m granting to you is total and comprehensive. There is blessing in those transmissions and books of mine, praise to Allah’”.
‘Allﺅ·mah al-Hajawﺅﺙ further explained:
“I do not, however, rely on this scholarly license more than I would rely on narration by a member of the jinn, since in both instances we are dealing with an encounter of spirits or apparitions”. 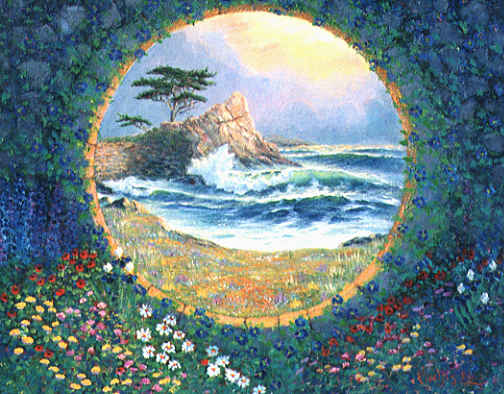 Still in the same city, we make acquaintance with ‘Abdu’l-Qﺅ·dir al-Fﺅ·sﺅﺙ, He left us two valuable indexes, one larger the other shorter, as did the leading teacher of the Islamic polity in Fez, Ahmad b. Muhammad b. al-Khayyﺅ·t az-Zukﺅ·rﺅﺙ al-Hasanﺅﺙ (d. 1343 AH), who is eagerly waiting for his turn, though destiny had it that the ribbon with the number handed to him at the entrance was the fifth and thus the last.
In his large-sized index, ‘Abdu’l-Qﺅ·dir al-Fﺅ·sﺅﺙ mentioned one of his teachers, who used to shape his conduct by the Prophetic model in emulation of Shaykh al-Juzﻊﺙlﺅﺙ, the author of Dalﺅ·’il al-Khayrﺅ·t, and recorded the under-mentioned anecdotes:

“At the beginning of his affair, Shaykh al-Juzﻊﺙlﺅﺙ saw the Prophet, Sallallﺅ·hu ‘alayhi wa-Sallam, in a dream. He was surrounded by a man called ‘ﺅ°sim [= Fortifier]. It was an allusion to the fact that al-Juzﻊﺙlﺅﺙ was the fortifying defender of the Prophet, Sallallﺅ·hu ‘alayhi wa-Sallam, and the guardian who safeguarded him [Sallallﺅ·hu ‘alayhi wa-Sallam] by following his Sunnah and Revealed Law, and by al-Juzﻊﺙlﺅﺙ’s enjoyment of fortification from creatures and from tarnishing traits of character, thereby standing as his [Sallallﺅ·hu ‘alayhi wa-Sallam] guarantor in an undisputed manner.
Al-Juzﻊﺙlﺅﺙ related that dream to the teaching guide Sidi Muhammad b. ‘Abdillﺅ·h, who commented to him, ‘‘ﺅ°sim is a legal [or hidden] persona.’ He then clarified to al-Juzﻊﺙlﺅﺙ the aforesaid allusions enclosed by the dream.
One of his close associates related to me that the meaning of the dream was to find fortifying protection (i`tisﺅ·m) in the Book and the Sunnah if Allah the Exalted so willed.
Our tutor [=‘Abdu’l-Qﺅ·dir al-Fﺅ·sﺅﺙ], when talking of the scholarly permission initially granted to his person, made mention of the circumstance that his own teacher, Sidi ‘Abdur-Rahmﺅ·n, paid him a visit after the death of the aforesaid Sidi Muhammad b. ‘Abdillﺅ·h, carrying a book on medicine with him. Sidi ‘Abdur-Rahmﺅ·n said to our tutor, ‘‘Abda’l-Qﺅ·dir, go out and heal people.’ Our tutor, ‘Abdu’l-Qﺅ·dir, at first found it very hard to comply with that instruction. Sidi ‘Abdur-Rahmﺅ·n, however, handling the treatise on medicine by its edge, said in a reassuring tone, ‘Start healing people with this.’
The teaching guide Sidi Muhammad b. ‘Abdillﺅ·h [who had died as we noted] then arrived at the scene. Some food was brought in for him. Sidi Muhammad b. ‘Abdillﺅ·h broke the bread and, wielding one piece of it, said, ‘Begin with this bread of ours.’
Our tutor, ‘Abdu’l-Qﺅ·dir, went out to attend his regular devotional litany (wird). At that time, he was staying away from the wird after I had urged him to authorize my attendance therein. He had refused to accede to my request and had said to me, ‘It is my prerogative to grant authorization.’
He joined the wird close to the said incident of the medical treatise and the bread, and recounted it to those in attendance.
A student of ‘Abdu’l-Qﺅ·dir, the virtuous man Sayyid Ahmad b. Mﻊﺙsﺅ· az-Zarhﻊﺙnﺅﺙ, from the progeny of Sidi Mﻊﺙsﺅ· b. ‘Alﺅﺙ …, related from his said teacher that he once informed him of the fact that, whilst he was awake, he found the Prophet, Sallallﺅ·hu ‘alayhi wa-Sallam, between his house and the zﺅ·wiyah, and the Prophet, Sallallﺅ·hu ‘alayhi wa-Sallam, instructed him to serve the people and commanded him to bear with them patiently while fulfilling their rights.
This is the meaning of what he mentioned”.

We were desirous of excogitating some time machine taking us to the Qayrawﺅ·n of yonder when we recalled that al-Lakhmﺅﺙ’s paper was in our pockets.
We thus took it out, stretched it to remove any cringe or dust deposited by modernist fallacies, copied its contents, and here we are sharing them with you:

“Ibn al-Qﺅ·sim said the following about a hermaphrodite: ‘If he urinates from his penis, he is a boy; and if he urinates from his vagina, she is a girl, since lineage descends from the exit point of urine, which is where sexual intercourse occurs.’
Ibn Habﺅﺙb [the Andalusian ‘Abdu’l-Malik as-Sulamﺅﺙ who penned the mother-book Al-Wﺅ·dihah] added: ‘In the event that he urinates from both organs, penis and vagina, the sex is determined on the basis of the organ from which his urine is first ejected, alternatively, if they flow simultaneously from both of them, on the basis of the organ from which it flows more copiously, further alternatively, if they are on par in both such respects, he is deemed a boy if a beard appears, and a girl if breasts protrude. If he shows both beard and breasts, or neither of the two, for purposes of inheritance he is deemed half a male and half a female. In this last-mentioned scenario, no marriage is permitted in his regard, i.e. he neither marries nor gives someone else in marriage. When it comes to the rulings applying to his prayer, dress code and testimony in court, the strictest position is adopted in each case [= he prays as a male and does not miss prayer because of menstrual blood; she wears the hijﺅ·b etc as a female; and she can only testify in those matters in respect of which females’ testimony is admissible]. He should pray behind the men’s rows and ahead of the women’s rows [Can one dispute that al-Lakhmﺅﺙ considered it lawful for women to attend congregational prayers in mosques, contrary to the stance of contemporary misogynists?].

The praise belongs to Allah for our Dﺅﺙn which regulates every matter, and for our savants who did not shy away from regulating it, whatever its nature might be.
Here is another important partition line: whether or not you can see the Prophet, Sallallﺅ·hu ‘alayhi wa-Sallam, after his lifetime is a subject which postulates only one of two answers (affirmative or negative) throughout the time span of this ummah; understanding legal judgments in accordance with specific levels of medical knowledge and scientific advancement is a field forever open, actually or potentially, to revised rulings founded on ijtihﺅ·d.

We are fast approaching the time when we focus, individually or collectively, on reciting our hizb from the Generous Book.
Before we hasten to that, we surely have to reward az-Zukﺅ·rﺅﺙ for his gallant patience.
It is his moment, and challenging ultra-rational modern scholars, we pick up some juicy fruit, scarcely intelligible to abstract reason, from his full-scale index.
Ideally, we would like readers to taste every variety thereof, but time constricts us as much as it constricts them.
Let us select, therefore, two therapeutic nectars, one for each of the two realms, the physiological and the psychological, the corporeal and the emotional:


What is written to bring about reconciliation between two individuals


“In order to produce a rapprochement between two individuals who are at logger heads, one should write the following ﺅ·yah, after the basmalah:
From «[l]aw anfaqta mﺅ· fi’l-ardi jamﺅﺙ`an mﺅ· allafta bayna qulﻊﺙbihim» until «‘Azﺅﺙzun-Hakﺅﺙm» (Sﻊﺙrah al-Anfﺅ·l: 63).
Place what you have written inside a container, which should be washed, and pour its water onto the earthenware pot the two persons between whom you want to establish harmony usually eat their food from, or any similar source they use to communally serve food or beverage from”.


What is written to remove headache

Now that we are through with iftﺅ·r, Tarﺅ·wﺅﺙh et al, a benign soul distributes to us, fresh from the Rﻊﺙmﺅﺙ confectionery, a sample of delicious gianduiotti *.
Problem is, no great Islamic scholar has yet written some flavoursome lines about them, which succeeds in connecting them to our Dﺅﺙn: but that, of course, is a duty resting on people from Piedmont entering Islam and submitting to the Creator of their palates and their palatable chocolates.

* The Gianduiotto (Piedmontese, Giandojòt) is a Piedmontese chocolate whose shape is similar to an upturned boat. Gianduiotti are individually wrapped in a tinfoil cover, usually gold or silver-colored. It is the speciality of Turin, and takes its name from gianduja, the preparation of chocolate that is used for gianduiotti and other sweets (including Nutella); in turn, this preparation is named after Gianduja, a mask from Commedia Dell’arte that represents the archetypal Piedmontese.
Gianduiotti are produced from a paste of sugar, cocoa and the hazelnut Tonda Gentile delle Langhe. The official “birth” of gianduiotti is set at 1865 in Turin, by Paul Caffarel and Michele Prochet, the first to completely grind hazelnuts to a paste before adding them to the cocoa and sugar mix.
Apparently, the idea of mixing hazelnut pieces to “standard” chocolates was created during Napoleon’s reign, when importing cocoa from South America became extremely difficult. “Raw” cocoa was extremely expensive, so local producers started incorporating bits of roasted hazelnuts (hazelnuts are locally grown and were easy to come by in Piedmont) to make the final product more affordable. 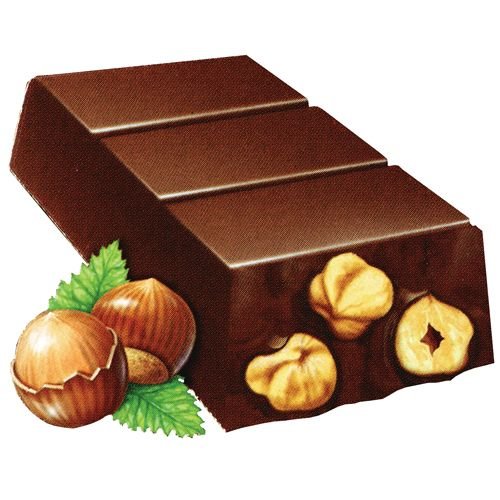