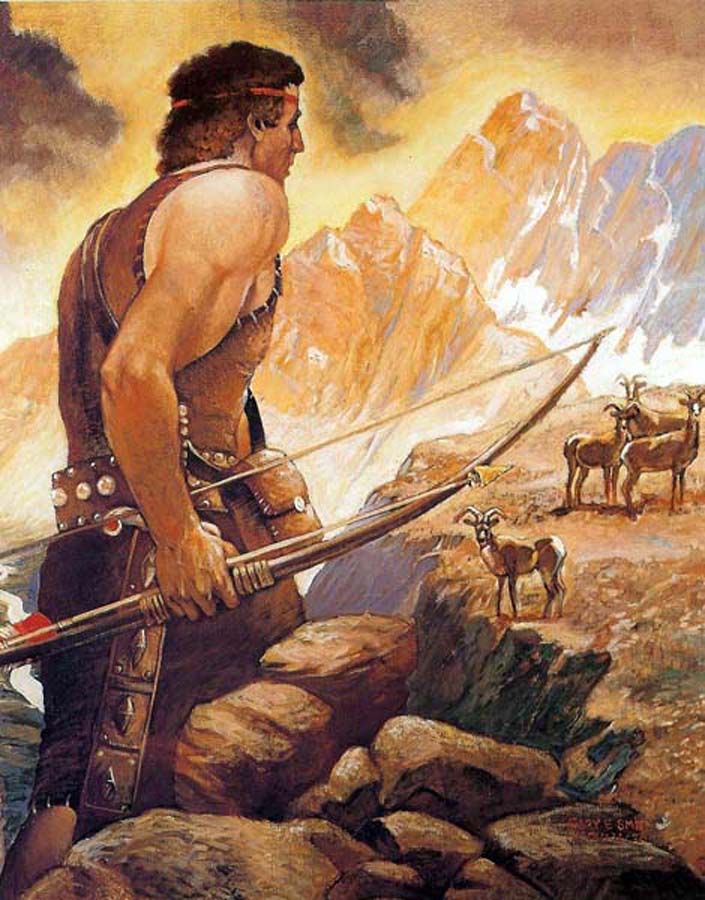 In a previous article we published on this site, titled “The Fourteenth Tribe”, we mentioned that the Libyan linguist Ibn ManzŇęr, in his celebrated Arabic lexicon, LisńĀn al-‘Arab, matter-of-factly referred to the RŇęm as “a well-known human stock; the singular is called RŇęmńę. Their lineage is ultimately traced back to ‘ń™sŇę, a son of Prophet IshńĀq, peace upon him”.

The works of Muslim genealogists confirm that proposition.

‘ń™sŇę is the Arabic rendering of Esau.

The source of the Caucasian (“Western”) personality is thus Esau’s son, and by reflex Esau himself.

The story of Esau is known to most readers, although, of course, we cannot vouchsafe for its authenticity as it has featured neither in the Book nor in the transmitted Sunnah. On the other hand, the Messenger of Allah, SallallńĀhu ‘alayhi wa-Sallam, has not been instructed to rectify the tale for us on the basis of its deflection from truth.

In the Book of Genesis, it is said that Esau and Ya`qŇęb (Jacob), peace upon him, were twins born out of Rebekah, one of IshńĀq (Isaac)’s wives, peace upon him. As Esau came first out of his mother’s womb, he was entitled to the rights (and the obligations) of primogeniture. The right person for the role, however, was the recipient of the Prophetic Message, Ya`qŇęb, peace upon him. He deployed strategy to wrest the right of primogeniture from his brother, and eventually succeeded when Esau, returning exhausted from a hunting expedition, exchanged it for a “red soup”, possibly indicating a lentil soup.

Esau subsequently regretted giving up his right, and in order to escape his vengeance Ya`qŇęb, peace upon him, fled from him and sought refuge in Kharan with his uncle Laban, for whom he worked for two decades, before the twins had a rapprochement (somewhat tinged in ambiguity).

In their self-centred rewriting of history, especially the history of Divine Revelation, the Jews have associated Esau with Christianity, hence with an inferior brother sharing core ties with the Divine project (Typical of judeo-christian inner dynamics, the Christians sought in return to identify Esau with Judaism, as the brother sharing a Prophetic lineage who was ousted of his former centrality on account of rejecting the fiction of the crucified Christ).

We know instead, beyond any possible doubt, that Ya`qŇęb, peace upon him, stands for the pristine path of Islam, and not for some tribal narrow mindedness, which in the modern age could not give birth to anything other than the Zionist golem.

What we would like to emphasize here is the ambivalent attitude of Esau / Christian Rum towards the unbroken chain of Prophetic tawhid, which is Islam.

There is a fascination with that Prophetic tradition, a degree of closeness, springing out of a common ancestry, and justifying a special categorization as People of the Book, and at the same time a self-distancing from it and an inability to comprehend it.

Whatever is not comprehended is usually fought.

Rum, Esau’s son, went West. He entrenched his progeny in that land, and built empires, which are intrinsic to his inner being. In so doing, he step away from the cementing bond of the Prophetic teachings, embodied by his uncle Ya`qŇęb, peace upon him, and his descendants. There was a move away, including a move away from the Purified Land, whereas the Jewish error focused on rejecting and subverting the Prophetic mission from within.

“Al-Andalus … and the neighbouring nations used to be allegiant to the Greeks until RŇęmńę b. DalńętńĀ, a descendant of ‘ń™sŇę, son of IshńĀq, son of IbrńĀhńęm, peace upon both of them, conquered them. That is so since ‘ń™sŇę, when he parted ways with his brother Ya`qŇęb (peace upon him), headed for the Western side, which comprises the areas inhabited by the RŇęm at present. ‘ń™sŇę seized power over those areas. The RŇęm are those who built the city of Rome, which is named after them.”

Until historical Islam resurfaced with the Seal of Prophethood, SallallńĀhu ‘alayhi wa-Sallam, Christianity had it easy, so to speak. It could look down on both paganism (from which it assimilated several features) and Judaism as inferior, the former self-evidently, the latter as an insular tradition of indifference towards the rest of the world and their salvific needs. When its missionary impetus met, on the same ground, the expansionist curve of a similarly universal motion, one however steeped in revived and purified tawhid, its claim to undisputed doctrinal primacy was shattered. That engendered the acrimony towards the new and higher force on the part of Rum’s descendants, and the attempt to exorcise their unavoidable unease by postulating a heresy of Islam and his Prophet, SallallńĀhu ‘alayhi wa-Sallam, we seek refuge in Allah from their falsehood, vis-à-vis the Christian creed.

Neither their fascination nor their aversion have changed one iota since then, and what we can observe, spread out on the canvas of planetary history, is the actualization of the seminal characteristics of their ancestral father.

If there was friction between RŇęm’s father and his own brother, what were their feelings towards their Arab brethren?

It seems however to me that, in the West, it is the root-fascination of RŇęm’s seed with his original Prophetic homeland, which is the Islam of IshńĀq and Ya`qŇęb, peace upon them, rather than their superimposed aversion, that ought to be stirred up. 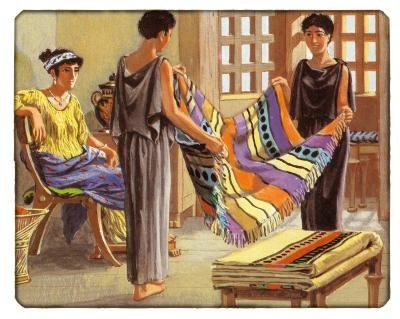