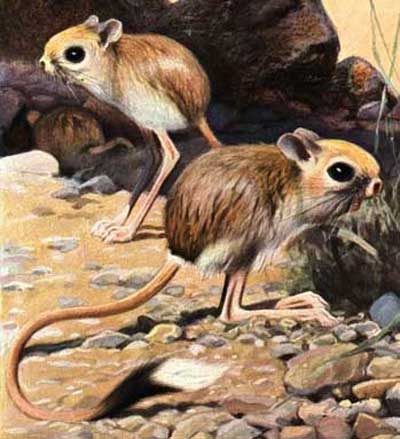 1.    While the decadent civilization ruling the West is fighting a rearguard action against Allah’s Way, His triumphant design unfolds itself as more and more descendants of that civilization embrace the broad family of the last Prophetic nation, the nation of the best of all creation, Sallallāhu ‘alayhi wa-Sallam. Not only that, but they are bypassing the various detours and deviant by-ways which have mushroomed in this last cycle of time, as anticipated by the Prophet of mercy and guidance, Sallallāhu ‘alayhi wa-Sallam, and entering in throngs the mainstream of Ahl as-Sunnah wa’l-Jamā`ah, with its rich centuries-old adherence to one of the four established schools of fiqh, balanced ‘aqīdah, and correct Sufism

2.    As an enlightened contemporary Muslim has noted, ‘The East is pregnant with the West, but the West is pregnant with Islam.’ While many of their beloved brothers in traditional Muslim lands are infatuated with everything Western, either by importing it into their beings and lives or by suicidally exploding their tortured psyches and bodies against some random human samples of the West, in the resentful hope of wishing it out of existence, the Muslims from the West are different. They have consciously opted to move out of either their original unbelief or the stagnating cultural approach to Islam of their families and tribes, to transcend what they left behind, and to join their love for original Islam with their deep understanding of the malady which is devouring nearly every aspect of the civilization which dominates the non-Islamic West. No wonder, since they lived it and fled to Allah from it

3.    The Muslims in the West are thus in the enviable position of planting the pure tree of Allah’s Dīn afresh, in a fertile soil, with the most fecund seeds and the firmest roots. They are summoned by Destiny to pioneer the revitalization of pristine Islam. The Messenger of Allah, Sallallāhu ‘alayhi wa-Sallam, has informed us that a group of his nation, located in the Islamic West, will be victorious on the truth and by the truth regardless of surrounding misguidance and opposition

4.    The first germination stage of Islam’s unstoppable march in the West has been completed. We have at present passionately committed and illuminated Muslims, both “new to the Dīn” or past a neurotic cultural interpretation of it as found amid their families and tribes of origin. They have established a visible presence. They are dedicated to learning Islam and acting upon their knowledge. They are enlarging their network of Islamic structures, establishments, centers, facilities and so on. We have now stepped into the second phase, the one of nurturing and consolidation, expansion and further ascension

5.    What it means is that the plant of genuine Islam in the West is still somewhat fragile and exposed to dangers. It has to be buttressed and reinforced, the more so as our mission lies as we said at the hub of the revival of Islam in this most critical age. Knowledge is the key to beneficial action. We must now preserve, record and impart it. We must link it to individual and communal action which blends spontaneity and method. As Imām Mālik has stressed, ‘The latter part of this ummah will be put right only by what its earlier part had’

6.    The earlier part of the ummah was characterized by the fact that it gleefully took up Islam as a whole: ‘Ibādāt and mu`āmalāt; Islam, Īmān and Ihsān; the two interrelated parts of the shahādah; the etiquettes of both the dunyā and the Dīn. This has not yet surfaced within the vanguard of the Islamic West. There is a void, there is incompleteness. This void is impeding a truly effective and speedy progress on the part of the elite of Western Muslims devoted to the revival and empowerment of the Dīn

7.    To our knowledge, there is at present no comprehensive program of knowledge and (inter)action joining the two components of ‘ibādāt and mu`āmalāt. Without it, the nectar of comprehensive realization of Islam cannot be tasted. Without it, we are trapped in the same schizoid worldview of the non-Islamic West. We are full human beings who pray and fast, but also marry and procreate, acquire and distribute wealth, lead social nexuses or are led. Our knowledge and practice of the Dīn of truth must encompass both. In addition, this second stage of Islam in the modern West must succeed in creating an independent and fearless leadership of knowledge as a stepping stone to a wise and forceful leadership of command alongside it

8.    It has long been our definite intention to fill that unacceptable gap. We have therefore established a gathering point of goodness. It initially takes the form of a multi-media institute, Sulwān School. It gathers traditional studies and modern analyses, videos and plays, judicial practice (with judgments duly preserved and gathered in an ongoing journal), close human interaction, seminars and production of literature (books and magazine in hard print and e-formats), among other things. It presently operates at two levels: Real and virtual, onsite and online. The detailed program of each of these two levels is separately presented

9.    The onsite section consists in a fully-fledged academy, situated in Johannesburg, South Africa. Good-quality board & lodging is directly provided or facilitated. There is full immersion in all facets of Islamic life: Communal worship (including recitation of the Qur’ān), company, theory and realistic actualization, socializing and leisure, and perfecting of character. There is full immersion in all the main sciences of the Dīn (Arabic at all levels, tafsīr, fiqh, qirā’āt, history and many others), activation of forgotten sunan, especially in the field of transactions and judgments, da`wah programs, alternative medicine (including skill transfer), languages, and gap-bridging initiatives fostering love and brotherhood with most sections of the ummah. There is full openness to participation by females, adults and couples

10.    There is total independence from ideological pressures. South Africa has a good standard of living suited to the offspring of Western societies, yet it is still “fresh”, and has the unique advantage of being the most politically and religiously tolerant country in our age. The onsite center will also teach leadership skills, accounting/business economics, and the practical implementation of lawful transactions, inclusive of trading, business and comparable ventures (prototypes of which will also be presented and illustrated to all Muslims in videos, seminars, journals etc). In that way, seekers of knowledge emerge out of it as rounded humans able to generate wholesome wealth through self-employment

11.    The online program is structured on a 4-year basis, as a proper and fully-fledged academy of learning. The four years are divided into separate annual cycles, and every year is sub-divided into two terms. Courses are, in the main, self-contained units and segments of a whole at the same time, so they make room for dedicated and more casual students alike. Participants are free to select one or more options: From a single course to the whole package via intermediate choices of baskets of courses. In addition to the courses, participants are also supplied with free or discounted DVD’s and bonus literature

12.    Online courses are provided on the basis of 12-week terms. They include 12 recorded sessions, and 3 live sessions (on Wiziq and possibly Skype) per course. There will be supplementary written notes, and access for participants to personalized questions & answers within the limit of reasonableness. The initial offerings are detailed in full in the individualized introduction to the online institute

13.    Another fundamental aspect we have observed is the excessive reliance on a traditional “matn” (text), which was authored in the past in a certain style and for a certain purpose that suited those earlier societies. While we love the “classics” and draw on them continuously, including in our onsite and online curricula, we are the progeny of a structured way of learning, typical of the West and of contemporary educational institutes worldwide. We thrive through that methodical approach, and it should therefore be cultivated upon the soil of classical Islam. To the best of our knowledge, a systematic resort to the said Western approach to learning has not inspired any running program of comprehensive teaching of sciences of the Dīn

14.    This is the path of light which tears asunder the thick curtains of darkness in this perilous age of nihilism. Sulwān School is a mission grounded on a vision: The vision of building a viable nation of Western Muslims, with an identity and flavour yet interactive with the rest of the Prophetic nation; the mission of giving rise to a strong and healthy nation in the forefront of re-establishing Islam’s supremacy in this world. We ask Allah’s merciful assistance to achieve that for His sake