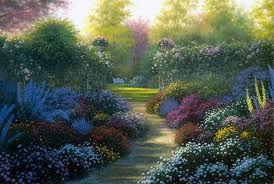 In this course, participants will be given a most delightful ride in a fast machine through virgin pastures of scholarly Islamic pursuits.
A Muslim, especially one living in the inter-space of the modern West, cannot be a uni-dimensional, dry person, one stuck in mere religiosity, or given only to churning out disjointed texts of ahādīth or engaging in pedantic legal debates.
He must be, like the Sufis say, a bee drawing nectar from every flower.

This course, unprecedented in the cyber history of the Islamic West, opens the member of this new blossoming tribe to vistas onto hitherto uncharted territory: He makes him dive into the fresh water expanse of a lesser-known Islamic science, its goal, its luminaries, its written milestones, its diverse rivulets and so on.
He cannot but spring out of this journey as a more complete living expression of the Dīn.
Each and every lesson will extensively draw on actual illustrations from our heritage.
“There must be more to a Muslim’s life than do’s and don’ts”.

•    Islamic literature: Prose – It encloses a roller-coaster through al-Balawī’s Alif-Bā’

•    Travel books, with special focus on Western Muslim authors – It comprises rare excavations by the site of an-Numayri’s Fayd al-‘Ubāb
•    Works centered on women, with novel gems unearthed from the Eastern Ibn al-Mibrad and the Western Abū Ja`far as-Sulamī

•    Studies on deviant sects and exogenous religious paths, inclusive of refutations thereof – Ibn Sā`id’s Tabaqāt al-Umam as an example
•    Social affairs + miscellanies, including Ibn al-Jawzi’s eulogy of cleverness in Al-Adhkiyā’ and suggestions on where you should build your house from al-Ghazūlī

•    Economics – No less than al-‘Azafī enlightens us about the connection between Islam and gold
•    Medicine & Prophetic medicine, physiognomy, zoology and botany – Shaykh ar-Rabwah sketches an impromptu identikit of as-Sanūsī who, between one masterwork on ‘aqīdah and the other, prepares for us some medicinal remedies

•    Zuhd and heart-softening matters – Al-‘Ayyāshī and company search for real gold by shunning the gold rush
•    Dictionaries (including reference works on geography) – Come to us on a voyage to the borders between the worldly and the otherworldly in Ibn al-Wardī’s Kharīdah al-‘Ajā’ib
•    Genealogy, and how lineage and sainthood merge in the potion distilled for us by al-Mushrifī

•    Various kinds of short hadīth-related works, ijāzāt and amālī. A seal about sealing words
•    Culinary science and strange subjects, including magic and reading thoughts: Does everything gilded glitter?

Be zestful and adventurous.

The 2 live sessions are held after the 6th and the 12th lessons respectively.