I (= Zarrūq) said:
The “‘alāmah” of something is whatever gives you knowledge of its existence, and manifests it to you clearly when such thing happens to be hidden or absent from your immediate perception.
As for the noun “i`timād”, it is a term standing for power being circumscribed in one thing *. It represents the first motion of the human self, inasmuch as the self does not spring towards what it sees as other than a reliant prop to the accomplishment of its intended goal.

*
Al-Kharūbī, one of Zarrūq’s topmost Libyan disciples, who defined reliance in this aphorism as denoting “total reliance on something in bringing about one’s purposeful objective”, said: “The only sound reliance is reliance on one who is beset by no harmful evil, who is free from any shortcoming being commixed with him, and who is not susceptible of any illness affecting him. That is only true of the Real, the Creator of every thing, glory be to Him. All created things, regardless of their genera, be they actions or otherwise, are not fit to be taken as one’s support to lean upon: How can one possibly conceive of soundly relying on one who is gripped by harmful evils, who is commingled with tarnishing inadequacies, and who is overtaken by sickness?! Whoever relies on what is defined by such qualities will be a failure and a frustrated loser, and whoever seeks to draw support from it has strayed from the path of correctness”.


What we set out above is one of the reasons explaining why this issue has been made to precede every other issue dealt with in this book by Ibn ‘Atā’illāh.
The second reason for the sequential primacy accorded to it is that whatever follows it therein is subordinate to it when it comes to the soundness or corruption of any such later matter, whence the stronger claim this issue had to mark the beginning of this book over all the other issues spread out across its pages.
There is a third reason behind the aforesaid, namely, the need to stress the concern which ought to be paid to the roots, and the duty to put right one’s essential principles first and foremost, since “people were only deprived of arrival at the spiritual destination (wusūl) because they had laid to waste the roots (usūl)”.

Is the presence of the alif and lām of definite nouns in “al-‘amal” due to the addressee’s prior familiarity with what “action” in the context of this aphorism refers to, in which event it would denote “wholesome action” only, while the word “lapse (= az-zalal)” would stand for sinful wrongdoings and acts of contrariness to the Law? Ostensibly, this is what the context suggests.
Or are the alif and lām there to indicate the genus of actions in an indeterminate fashion, in which case it would encompass both worldly actions and actions relating to the Dīn, and the same would hold true of the accompanying term “lapse”? This second interpretation has the advantage of being semantically more comprehensive, given that the primary meaning of “az-zalal” in Arabic is “to generally deflect from the intended aim”, and Allah knows best.

Some people have asserted that, throughout his book, the noun “wujūd (= lit.: existence)” is one syntactically augmented to the author’s speech which Ibn ‘Atā’illāh merely included for the sake of poetical congruence.
My own view is that its function depends on the particular context it is encased in. Sometimes it conveys precisely what the word essentially indicates, existence; other times it fulfils the said poetical role; and on yet a third set of occasions, such as this first aphorism we are commenting upon here, it bears the meaning of “occurrence” (of the slave’s lapse).
In the course of this commentary of ours, we shall subsequently make mention of the varied semantic forms this noun takes up in the book, Allah willing.

The rationale behind what the author has stated in this aphorism is that placing reliance on something [“action” here] in respect of accomplishing one’s purpose necessarily entails that one will be on a quest for such relied upon element, and that he will feel he is going to miss out on his goal whenever its opposite [“the lack of such action” in this case] is found in its place. That is so as the established presence of an opposite inescapably implies the negation of what it is opposed to. The result is that no complete hope (rajā’) can be entertained whenever a lapse occurs so long as reliance is put on one’s action, and, conversely, a complete hope is held when the slave relying on it notices no lapse on his part, so understand.

People fall into three categories:
1: He who relies on his action. The outward sign distinguishing this human type is exactly what the author mentions in the text of this opening aphorism. The judgment applicable to this condition is: a) Perfection with regard to the neglectful person who had earlier discarded the performance of actions altogether; and b) defectiveness with regard to the intelligent person who relied neither on any action of his nor on anything else apart from his Lord’s gracious favour.
2: One who relies on the favour of his Master. The outer indication of this human type is that he reverts to his Master regardless of his state. He does so through thankfulness in times of prosperity, and through patience and humble entreaty in times of adversity. This is the judgment applying to him: a) Perfection with regard to the wakeful slave; and b) defectiveness with regard to the man of gnosis.
3: The slave who relies on the Divine allotment of happiness or wretchedness before existence in-time, and on His antecedent Decree. The visible mark of this human type is the disappearance of unsettledness when the intermediate means of sustenance are lacking in his respect: His hope does not increase because of any effective cause, nor does it recede due to any external reason. Were his hope and fear to be weighed up on the scales, they would be found to be mutually equivalent in each and every state. Nay, he is perpetually cheerful and incessantly doleful, similarly to the description that has been given of his person, Sallallāhu ‘alayhi wa-Sallam.
All the said three categories are derived from the author’s speech contained in this aphorism, the first one explicitly, and the other two by implication, based on what is necessarily understood behind its lines.

One of the accurate verifiers of the truth had this to say:
“Whoever reaches the reality of Islām is unable to be lax in performing actions; whoever attains the reality of Īmān cannot turn his attention to actions; and whoever actualizes the reality of Ihsān cannot direct his focus to any one but Allah, Exalted is He”.
This quotation embeds the very essence of the abovementioned three-fold division.

Due to the fact that describing something by its outward sign brings its meaning closer to human intellects than by resorting to a statement tersely alluding to the quintessence of that thing, i.e. reliance one one’s actions, Ibn ‘Atā’illāh departed from the latter in favour of the former. In so doing, he laid out the situational context where such human inclination (= reliance on one’s actions) unfolds itself, without however tackling the issue of which ruling ought to be assigned to it, since a number of different possible rulings could be legitimately envisaged in its respect.
The slave only realizes what his own station is in private based on the state he has while in public. If he relies on something when he is amid people, he must necessarily rely on it in his seclusion from them, otherwise he is steeped in self-delusion. That clearly comes to view in the issue of stripping off intermediate means or taking by worldly causes of earning provision, which is the issue the author took up in the second aphorism by saying therein:

2-    (Your deliberate preference for stripping off intermediate means, though Allah has established you in worldly causes of earning provision, is part and parcel of hidden lust) 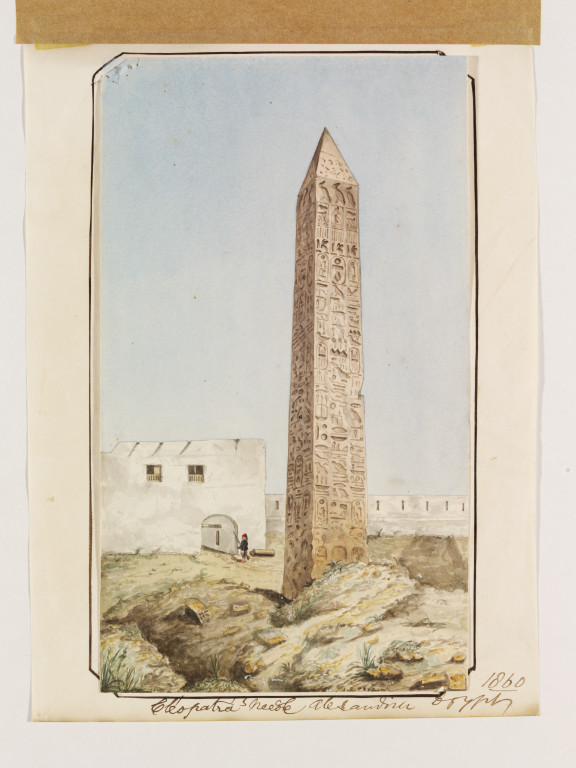 Next:
Shedding further light on this commentary + extracts from Zarrūq’s 15th elucidation of Al-Hikam + the Andalusian Ibn ‘Abbād ar-Rundī’s own interpretative jewels