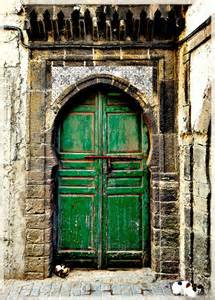 The Exegesis of Sūrah Umm al-Qur’ān

Sūrah Umm al-Qur’ān is also called “the praise belongs to Allah”, the Opener of the Book, the Protector, the Healer, and the Seven Doubled Signs.

It is called the Source/Mother of the Qur’ān because of the hadīth to that effect, and because it encompasses all the meanings found in the Qur’ān = it is the primal source from which all the rest originates.

It is called the Opener of the Book because the Qur’ān is opened by it.

It is called the Protector (al-Wāqiyah) because it protects the person attached to it from loathed adversities.

It is called the Healer (ash-Shāfiyah) or the Healing (ash-Shifā’) because of his, Sallallāhu ‘alayhi wa-Sallam, statement: “The Opener of the Book is a healing for everything apart from poison [literally: a poisonous substance].”

It is called the doubled or oft-repeated Signs (as-sab` al-mathānī) because it consists of seven āyāt, the recitation of which is repeated every two units of prayer, or, as stated by Ibn ‘Ajībah, because it has been singled out (ustuthniyat) exclusively for this ummah, having come down on no prior nation.
Allah says in āyah 87 of Sūrah al-Hijr: «We have given you the Seven Oft-Doubled Signs and the Immense Qur’ān».

The word al-mathānī denotes one or more of these meanings:

    The Signs of the Qur’ān which are recited time and again, and which reiterate information and stories;
    The fact that āyāt of stern warning are mixed with others of merciful glad tidings;
    The Book contains passages making it incumbent to laud and thank Allah;
    The fabric of the Qur’ān is like woolen knots which turn firm when fastened and firmly lead one to goodness and to Allah;
    The Qur’ān comprises a multiplicity of facets and pleasant musical sounds which potently impact on the heart.

It has additional names as well, such as the Sparing Sufficiency or the Sūrah of the foundation. Ibn Juzayy selected the most famous names.

It encases 20 beneficial points, apart from those already mentioned in our introduction when explaining the meanings of Qur’ānic words.

Ibn Juzayy, in fact, prefaces his interpretation (exegesis) of the Qur’ān by an introduction (muqaddimah) on the various sciences of the Book.
In that introduction he explains the meanings of some key Qur’ānic words, some of which occur in Sūrah al-Fātihah, which is why he felt it unnecessary to repeat himself in the main body of his commentary (tafsīr).
For instance, he clarified in that context, under the words beginning in the alphabetical letter hā’, that hamd meant the act of praising / laudation regardless of whether it was as a repayment for blessings received or the initiation of praise without any prior blessing.

There is a scholarly disagreement as to whether it is a Makkan or a Madinan sūrah.

In other words: Was it revealed before or after the Prophetic Hijrah?
Ibn ‘Ajībah maintained that the soundest view, held by such as an-Nasafī, was that it was sent down both in Makkah (whereupon prayer was made obligatory) and later in al-Madīnah (at the time when the qiblah was changed from Jerusalem to Makkah).

There is no dispute, instead, on the fact that the Fātihah consists of 7 āyāt, except that ash-Shāfi`ī counts the basmalah as one of the 7 āyāt, whereas Mālik excludes the basmalah and counts «an`amta ‘alayhim» as an āyah on its own.

We have already seen, in Ibn Juzayy’s commentary, the three views on whether the basmalah is part of the Fātihah (as held by ash-Shāfi`ī) or not (as held by such as Mālik: Ibn Juzayy refers to him here as “al-Mālikī” to make him resemble ash-Shāfi`ī word-wise).

In other words: What is easy of the Qur’ān refers first and foremost to the Fātihah, which is the first part of the Book a new Muslim masters.

There are many additional evidences of the obligatory nature of reciting the Fātihah in prayer, such as the following [Ibn Juzayy was not writing a text on fiqh and its root-evidences, which is why he chose to be synthetic on this issue]:

The safer option for a Hanafī, so as to exit disagreement, is to recite the Fātihah in every unit of prayer, since that is in any event recommended for him. 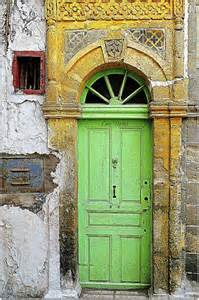