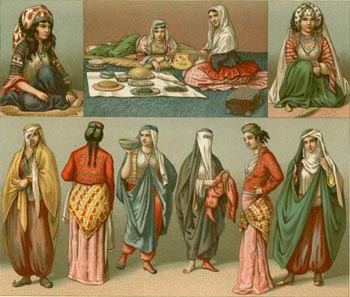 Is niqāb the only option?

There can be little or no doubt that al-Habīb b. Tāhir is one of the finest products of contemporary juristic scholarship across North Africa.

In this condensed and nimble work he nevertheless packs with many thirst-quenching analyses, he coolly braves the dangers posed by one of the most widely debated subjects nowadays, i.e. the judgments in the Law on the extent to which a woman is required to cover her body in front of strangers.

The distillation of his probing enterprise is the refutation of the view that a Muslim woman is commanded to wear the “niqāb” as opposed to the permissibility of exposing her face and hands.

The author observes that one of the main sources of confusion among the proponents of the refuted view is the fact that in their glutinous arguments they incorrectly throw three distinct concepts and realities, khimār, hijāb and jilbāb, into a single undifferentiating cauldron.

He accordingly devotes a separate chapter to each component of the said trio.

The khimār, which āyah 30 of Sūrah an-Nūr legislates, is what Muslim women are called upon to wear. It is a covering of their entire body save their faces and hands.

While investigating the subject, he takes the readers on a useful tour through the distinguishers between such as innate grace and artificially heightened beauty, and through patent and latent types of beauty (The face and hands of a woman, belonging as they do to the former, are exempted from the requirement of the khimār as per the said āyah in Sūrah an-Nūr.

He corroborates his sound position by a panoply of proofs gleaned from the Book, the Prophetic Sunnah (the verbal type, and even more so the tacit endorsements) and the sayings of the Companions.

Only the obdurate proponent of a discordant position might be left unpersuaded by their cumulative force.

The lack of a legal duty to unveil the patent ornament of the face and the hands, which echoed what was factually practiced by the female Companions and encompasses both acts of worship and ordinary life situations, is distinguished by him from the custom of the niqāb which Muslims from certain cultural environments subsequently introduced inter se.

Incidentally, al-Habīb b. Tāhir, on page 20 of his cherished brief treatise, debunks Ibn Taymiyyah’s fragile construction of the probative indicia in the narration forbidding a woman in ihrām from concealing her face; he evidences how Ibn Taymiyyah literally inverts the plain semantic import of that famous Prophetic narration.

As for the hijāb, the reference locus of which consists in āyah 53 of Sūrah al-Ahzāb, it is a Qur’ānic term that stands, quite simply, for what interposes itself as a barrier between two objects, without adhering to what is being veiled, unlike the khimār.

The hijāb was an injunction specific to the wives of the Prophet, Sallallāhu ‘alayhi wa-Sallam, similarly to other such prescriptions which applied solely to them because of their unique status. They were obliged to cover their whole bodies to strangers, not just their faces and hands, and to cling to their homes, as part of the overall obligation of hijāb. The rest of the female Companions were not subject to, and thus did not abide by, such exclusive ruling.

Finally, the jilbāb is an additional piece of clothing, an outer garment which free women specifically were commanded at a point in time to draw closely round themselves, so that they could be recognized and not harmed. It is different from the niqāb, being larger than it and cloak-like in shape.

The author makes us privy to his deep understanding of the historical development of Divine legislation in the Qur’ān and the terminological pointers that are found in His Book.

He evidences the fact that the instruction to wear the jilbāb, which postdates the revelation of āyah 30 of Sūrah an-Nūr, is the fruit of the gradual Divine approach to legislating matters. As such, it was connected to the Madinan hypocrites’ corrupt practice of prostitution involving slave-girls. The effective cause (‘illah) of the normative prescription of the jilbāb was the historical need to outwardly differentiate between free and bonded women in their dress codes. The effective cause was not a need to “cover” the woman’s body, since that purpose was already served by the khimār. Eventually, as prostitution was Divinely proscribed across the board, and the penalty for it (the hadd) was unified for all categories of people, the reason for the jilbāb as a legal requirement ceased to subsist; a fortiori in the current age where the institution of slavery has practically disappeared in toto throughout the regions inhabited by Muslims.

The niqāb is, therefore, other than the hijāb or the jilbāb, even if the advocates of its use as more than just a custom, in their lexical and juristic disorientation, try to make it synonymous with one or both of them.

Its use as a custom in some places cannot turn it into something laid down in terms of a compulsory universal legislation.

The book provides us with valuable insights into a wide scope of key Islamic sciences. It teaches us the savants’ conditions for acting by a mursal hadīth; In the field of the root-principles of jurisprudence, it entrenches our understanding that hardly anything in existence presents an undiluted benefit (maslahah) or harm (mafsadah) which is not mixed with its opposite to some extent, even in “clear-cut” cases like fasting or generosity and gambling or mendacity at the two respective ends of the evaluative spectrum; hence a lot of the fiqh revolves around the ability to pinpoint the predominant side in what is in need of having a ruling allocated to it (In the process, al-Habīb b. Tāhir dismantles the basis for relying on the principle of sadd adh-dharā’i` in order to enjoin Muslim women to wear the niqāb); Lastly, it clues us about the learned people’s levels of expertise in tafsīr of the Book. There is the like of the Sultan of the savants, the Egyptian Shāfi`ī al-‘Izz b. ‘Abdis-Salām, who was simultaneously a mujtahid (skilled as such in deriving judgments from the sources of the fiqh by independent reasoning) and a mufassir. Each member of the quartet of linguists Sībawayh, (Abū ‘Alī) al-Fārisī, az-Zajjāj (the author of Ma`ānī al-Qur’ān) and az-Zamakhsharī was a capable mufassir but not a mujtahid. Al-Ghazālī was an example of a mujtahid who lacked the necessary tools for knowledgeable elucidation of the Qur’ān, i.e. he was no mufassir.