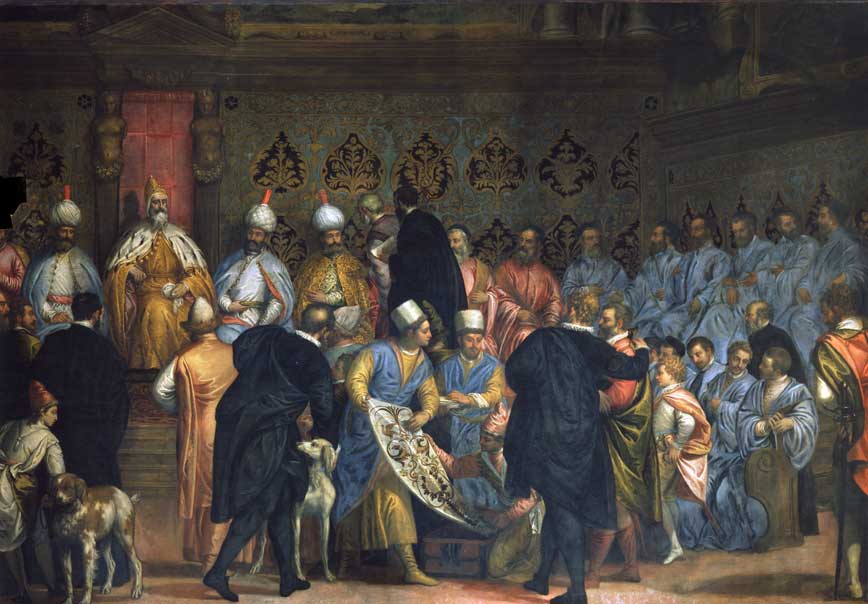 In the collection of fatāwā by the Tunisian master al-Burzulī, titled Jāmi` Masā’il al-Ahkām li-Mā Nazal min al-Qadāyā bi’l-Muftīn wa al-Hukkām (Vol. 2, p. 274-6), when dealing with juristic issues (masā’il) relating to marriage and kindred subjects, we come across a very interesting section.
After dealing with the question of what is legally recognized compatibility between prospective spouses in our madhhab, and quoting the view of Asbagh and Ibn Zirb that intermarriage is not allowed with people of whimsically deviant beliefs, he mentions the following:
“Abū Ishāq at-Tūnusī issued a fatwā regarding a beautiful Shī`ī woman a man wanted to marry, out of fear that he would have otherwise fallen into fornication.
In that fatwā, Abū Ishāq at-Tūnusī stated that the Shī`ah were classified under two groups:
1.    Some of them give preference to the one of lower status over the qualitatively higher, such as favouring ‘Alī over as-Siddīq (= Abū Bakr) – may Allah be pleased with both of them. A member of this group can be associated with through marriage. The evil of his doctrine should then be highlighted to him, the proof to that effect established against him, and his error brought to clear relief until he renounces it and embraces the true path.
2.    You then have those Shī`ah who accord preference to ‘Alī and curse other Companions. It is impermissible to be related to any such Shī`ī through marriage, since they are treated analogously to kuffār”.

The historical context of Abū Ishāq at-Tūnusī’s said utterance is the period of wicked “Fatimid” rule of Ifrīqiyyah (= Tunis, al-Qayrawān and the surrounding region), i.e. rule by the ‘Ubaydiyyīn, who were among the vilest species of Shī`ah. Both the ordinary Muslims and the savants who tenaciously held onto the correct mainstream of Ahl as-Sunnah were subjected to assassination, torture, imprisonment, confiscation of goods, surveillance, discrimination, and various forms of injustice, abuse and suffering.
Let us rejoin al-Burzulī as he recounts the illuminating episode:
“The commonality in the city of al-Qayrawān found fault with the said fatwā, so they said: ‘Whoever divides the Shī`ah into two types (instead of lumping them all together) is a kāfir’ [As a result of a typing error, the published Lebanese edition of the work omits the word “man” (“whoever”), which is however an inevitable implication from the context. Handling texts is therefore a challenge and a gauge of scholarly trustworthiness].
The end-result was that Abū Ishāq at-Tūnusī was given a grace period of three days within which to make tawbah, by the agreement of the jurists. That was done as a way of blocking the means to evil (saddan lidh-dharī`ah) until he publicly repented. An elder jurist asked him (as a way of politely encouraging him to take that purifying step), ‘Do you not have any previous sins? If so, formulate an inward intention to make tawbah for them.’
Abū Ishāq at-Tūnusī eventually climbed the minbar and said, ‘I am making tawbah for my sins, that’s all’, or some words to that effect.
The commonality later remarked: ‘When at-Tūnusī apostatized, his face was blackened like that of a kāfir; but when he made tawbah, his face become the same as the one of a mu’min.’

True or not, or partly accurate and partly exaggerated, that remark is a healthy reminder that a mu’min is, quite visibly, other than a kāfir (which term naturally includes present-day jews and christians, let alone hinduists, buddhists, animists, zoroastrians, agnostics, shamanists, neo-templars, atheists and pantheists, among others).
More significantly from a doctrinal, or rather legal viewpoint, is the historical scenario which clearly encased and shaped the incident, including the multi-layered attitude to the matter and resultant involvement by commonality and elite of scholars alike.
That is further borne out by al-Burzulī’s addition:
“I said”, meaning al-Burzulī himself:
“What I recollect from Ibn Sa`dūn as stated by him in his book At-Ta’assī is that the Shī`ah are classifiable under three groups: The two aforesaid groups, and a third group comprising those who assert that Jibrīl erred in the identification of the intended recipient of the Revelation, and that the Messenger was actually ‘Alī as being the most suitable candidate for the mission as scholarly agreed upon.
The former leaders of sects and nations were the cause behind the emergence of such differentiated sub-groups. When, in fact, Islam pressed hard on them as a potent political reality, rose to the top and overpowered adversaries within their regions, they urged their followers to enter the external invasive power by joining “its largest group, which was also the weakest of them all in submission and rationality”.

He gave that instruction consonantly with guidelines Ibn Sa`dūn had recorded in his aforesaid work, as relayed by Ibn Rushd (the Grandfather) in Al-Bayān (wa at-Tahsīl)”.
Although the reference to the “numerically largest group” is unclear and ambiguous, what I understand is the prompting by the custodians of the formerly dominant faiths and their erstwhile chieftains in such areas as Persia to be absorbed into Islam while picking the more irrational and refractory segment of its affiliates, namely, the Shī`ah. That dual description fits them perfectly. Numerical abundance might have been a contingent circumstance in the past [In other words, though the Shī`ah are no longer a majority within the Islamic nation, they were temporarily, or were perceived to be, so in those regions, at the time the apparent entry into Islam was enacted as a subterfuge].
“Ibn Sharaf (al-Qayrawānī), too, has narrated it”, al-Burzulī goes on to state. “He mentioned in the process that he personally witnessed the incident involving Abū Ishāq at-Tūnusī. He stressed that he was requested to officially retract his position from the minbar in the presence of witnesses, but refused to accede to that. He was then requested to retract it in the presence of the elite specifically, but he refuted that demand as well. He was therefore asked to do so at least in the presence of the judge and the attesting members of the judge’s close entourage. At that time, the judge (of al-Qayrawān) was Abu’l-‘Abbās, the son of Shaykh Abū Muhammad b. Abī Zayd (= al-Qayrawānī, the author, that is, of the stupendous Ar-Risālah). That request, too, went unheeded. Abū Ishāq at-Tūnusī, as reported by Ibn Sharaf, then left for Monastir in a fashion which Ibn Sharaf detailed in his account of the story, wherein he made mention of the fact that Abū Ishāq at-Tūnusī had relatives of his in Tunis who belonged to the Shī`ah, which is why he differentiated between two groups of them. He was denounced and reviled on account of the fact that he would gather with those relatives before Allah, Exalted is He”.

We must not lose sight of the fact that Ahl as-Sunnah, as we emphasized, had been targeted by the most ferocious aggression and extermination on the part of the ruling Banū ‘Ubayd, the so-called Fatimids, so-called because, though descendants of slaves, they had fabricated a lineage back to Fātimah az-Zahrā’, may Allah be pleased with her, and may the prayer of blessing and the salutation of peace be upon her father, Allah’s beloved and our beloved, Sallallāhu ‘alayhi wa-Sallam.
There was therefore resentment on the part of the commonality towards his close familial association with members of that despotic deviancy, and the ordinary members of Ahl as-Sunnah in al-Qayrawān detected a self-serving exoneration in Abū Ishāq at-Tūnusī’s classification of the Shī`ah.
Another thing, however, is to evaluate its scholarly correctness.

Let us look at it.
Al-Burzulī writes:
“{Judge) ‘Iyād said however in (Tartīb) Al-Madārik that the fatwā issued by Abū Ishāq at-Tūnusī was the one which is congruous with the fiqh and with the truth. The scholars of that time, however, were determined to close the doors in the face of some of the Shī`ah, so that people would shun that sect altogether. ‘Iyād clarified that a number of the Shī`ah neither loathed nor cursed (any Companion), so their innovation (bid`ah) was not as bad as that of other components of the Shī`ah.
You can have a look at that in Ibn Sharaf’s Appendix to Tartīb al-Madārik”.
As for Abū Hafs, he stated that it was not permissible for a Muslim to stipulate a marriage with any one of their women, even if he were to say, ‘I might be able to bring her back to the Sunnah. We should beware lest a man dies leaving behind offspring, who then, in the event of re-marriage by their mother, are entrusted to the custody of their Shī`ī maternal grandmother or auntie. The children would then grow up among them, and their guardian would be following their school. It is thus evident that such a union is impressible”.
Al-Burzulī observed as follows:
“I said: Abū Hafs has made the effective cause (‘illah) of the prohibition analogous to Mālik vetoing marriage with the women of the residents in lands which are in a state of war with the Islamic polity and which are located in the Abode of kufr. Mālik in fact vetoed such union, lest a child born out of it becomes a major and grows up in a state of kufr”.
In other words, although the purported spouse could ordinarily be wedded as a free and chaste woman from Jews or Christians [hardly an eventuality one might envisage in our times, if at all], the Imām disallowed that on the ground of the principle of sadd adh-dharā’i` or blocking the means which lead to probable or certain evil.
Here is the coda from al-Burzulī:
“As for the different basis of the prohibition consisting in the fact that the Shī`ah should be deemed kuffār, it clearly ensues from it that a Muslim man does not select any spouse from their ranks.
When it comes to giving a Muslim daughter in marriage to any of their men, Mālik once recited: ‘«A slave who is mu’min is better for you than a man who is mushrik»’ (Sūrah al-Baqarah: 221)”.

May Allah grant us success in this age of turbulence and minimalist assaults against the pure and unadulterated Dīn, which Dīn is copiously found with our past masters but has become a rarity among self-styled guides of the Muhammadan nation. 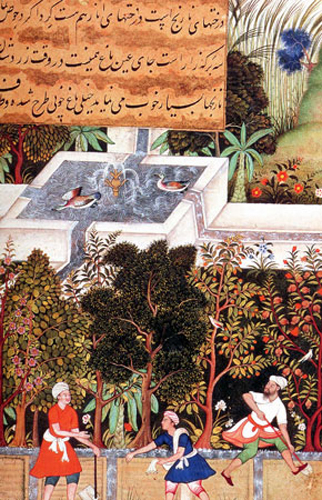