ZAKĀT ON CONTRIBUTIONS TO PENSION SCHEMES 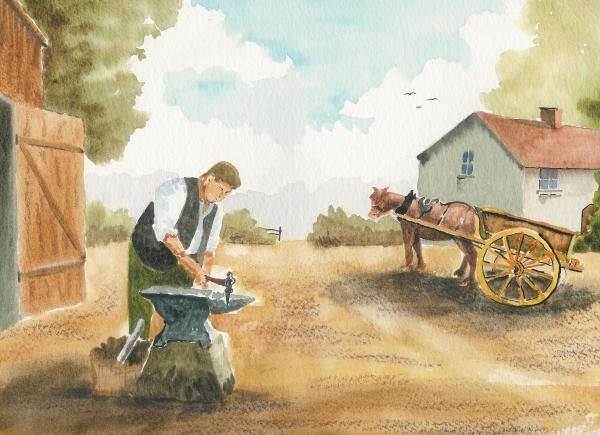 I follow the madhhab of Mālik. Here in Australia, we have pension funds which are administered by other than the contributor. To my understanding, he owns what he has put in without having possession thereof. We call one such fund superannuation, and a person’s contributions cannot be liquidated to him until he reaches the pension age of 65. The fund grows by contribution and investment and is returned to the contributor when he reaches the said retirement age. Until his retirement and the liquidation to him of his accumulated monetary due, the fund is managed by an independent agency, and the contributor cannot use the fund or any part of it at will, as the fund is not supposed to be withdrawn until retirement age is reached. Is the contributor’s share liable to zakāt, especially when it still trapped inside the fund? If so, I guess that the amount to be considered would be the “surrender value” as opposed to the “face value”.
I am not referring here to the scenario where payments are made after money has come into the possession of the contributor, e.g. x sets up his own pension fund to which he contributes a certain amount of money per month. I understand that in such scenario he would have to pay zakāt on the money that accumulates in the fund if it quantitatively qualifies to be subjected to the levying thereof. In other words, what I am envisaging is other than the situation where the contributor has access to the fund and can spend it at will, as I see that being equated to the case of someone discharging zakāt on loans he gave to other people and the repayment of which he expects from them.

I have searched the Net, and I have noticed three main blocks of opinions:
a) The fund is not deemed to be under the control of the independent agency (= beyond personal control) but rather under the employee’s control, minus penalties if he decides to withdraw it prematurely in terms of the applicable procedure (= it is personally controlled). The advocates of this view submit that there is a general analogy with the instance of a debt likely to be payable in future or “good loan”, not just an analogy with it specific to the case of the contributor able to access the fund at will. They thus consider it best to treat such kind of amounts as part of one’s personal net worth and tax them, as a type of savings, at a rate of 2,5% annually (if it reaches the threshold figure), since the contributor has “eventual and determinative access to the funds”.
b) The contributor who makes optional contributions to a retirement fund only pays zakāt thereon once he physically receives the money, and he then does so retrospectively, that is, for every previous year when his contributions to the fund reached the nisāb. Though that is correct in respect of voluntary (as opposed to compulsory) contributions, i.e. zakāt is levied only when the fund is paid out to the contributor and received by him, it would be preferable for him, so as to facilitate his computation of what is due, to pay the zakāt on them annually on the complete value of his pension contributions (if they reach the nisāb), though of course that would entail a lesser lump sum which can be monetized at the end;
c) When a portion of an employee’s salary goes directly into a pension fund (as opposed to the aforesaid scenario when he sets up his self-invested pension scheme), since the contributor never actually possessed the monetary contributions, he owes no zakāt on the money that is accumulated in such fund, and he is liable to pay it only when he receives the money.
Which of the said three positions is endorsed by Mālik’s madhhab?

In the Name of Allah, the All-Merciful, the Most Merciful.

May Allah’s prayer of blessing and His greeting of peace be on His chosen Messenger, the best of all creation in all the worlds, on the members of his family, and on all his companions.


The Mālikiyyah’s juristic stance on this issue is premised on a simple, golden arch-rule of the fiqh:
One of the conditional requirements for a payer being subjected to zakāt is that he should have complete ownership of the asset of wealth on which zakāt might be levied.
Zakāt is not owed in respect of wealth which is not fully owned.
That has been established by the Prophet, Sallallāhu ‘alayhi wa-sallam’s statement to Mu`ādh b. Jabal, at a time when he sent him to the Yemen: “Teach them that Allah has enjoined on them payment a tax from their wealth (fī amwālihim), which is collected from the affluent people among them and given back to the poor individuals in their midst” [Cf. Sahīh al-Bukhārī, hadīth no. 1331]. The clear import of this narration is that the compulsory tax is only levied on the wealth which is specific to them qua owners thereof, as opposed to any other types of wealth. No man is termed an owner at all unless his ownership of a certain asset of wealth is complete.

The pointers to such complete ownership are the fact that he can dispose of his wealth at will, and that he is entitled to invest it whenever he feels like doing that.
The contributor to a pension fund, though having a legal claim which attaches to some monetary dues, is divested of the unrestricted right of disposal thereof, nor is he free to invest it in accordance with his own volition and discretion, as there are impediments to his doing so.
As a result of the foregoing, since his ownership of any such due is anything but complete, he is liable to no zakāt on it until and unless he physically receives the relevant sum; and, in particular, he is under no obligation to pay zakāt for the previous years when his contributions were accumulating in the fund.
What he does is that, once he takes receipt of his money, he starts calculating the passing of one lunar year over that amount (if it reaches the nisāb) from the day he received it.
Modernist scholars have sought to draw distinguishers between different varieties of pension funds. The truth is that an employee has never complete control of any such fund, regardless of the type of pension involved, whether it is designated as a defined benefit pension scheme, a defined contribution pension scheme, a so-called SIPP (self-invested personal pension), a personal pension, and so on.
Let us take the example of a SIPP, as modern scholars are likely to emphasize the contributor’s “control” over where the relevant funds are invested.
SIPP is the name given to the type of UK-government-approved personal pension scheme, which allows individuals to make their own decisions from the full range of investments approved by HM Revenue & Customs (HMRC). There is no completely free choice of investment options. The contributor to a SIPP cannot do as he wishes with the moneys. There are rules stating how much he can take out and pay himself, when he is entitled to do so, etc: These are all restrictive regulations built into the written law of the land, which cannot be circumvented.
If that is the case with self-invested personal pensions, it is baffling to read that some scholars might view pension funds administered by independent agencies to be “personally controlled” because the contributor has an “eventual and determinative access to the funds” at some distant point in the future. How could such “eventual” access translate into compliance with the imperative arch-requirement of complete ownership of taxable assets on the part of a payer of zakāt, at the time when zakāt is due, and be lumped together with the scenario of a person giving out a portion of his wealth on loan, without any independent agency being in charge of that amount and taking the decisions on how, where and when to invest it, is one of the plentiful mysteries the modernist approach to our fiqh is brimful of.
The same holds true of the artificial analogy with a “good loan” as defined above.

In his outstanding commentary in Khalīl’s abridgment of Mālikī fiqh, titled Mawāhib al-Jalīl, the Makkan savant al-Hattāb said the following: “Whoever owns some livestock which is stored in the dhimmah or recipient of obligations dayn of another person, as a debt the latter has to make good by returning the like of such animal, and a full lunar year elapses over that scenario without its owner having been able to take it back into his possession at any time thereof, he is liable to pay no zakāt on it”. As for Mālik himself, he had this to state: “If somebody was owed some camels as blood money, and only took physical possession of them years thereafter, he only calculates the zakāt on them (and thus begins to compute the running of a lunar year) in respect of the period subsequent to his assumption of possession over them”.

If zakāt was no owed throughout the period in which the contributor lacked complete ownership of the funds, his acquisition of such ownership at the moment when his due is physically liquidated to him, cannot retrospectively subject to zakāt what was exempted from it to begin with due to the operation of the said arch-rule.

NB: This article reflects the Mālikī position on the topic, and is not intended to invalidate any ijtihād which happens to be acceptable in terms of another school of jurisprudence of Ahl as-Sunnah.